ARC Review: The Coldest Girl in Coldtown by Holly Black 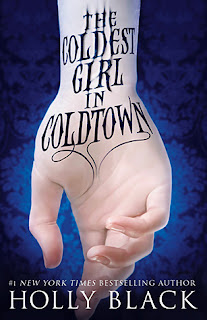 Tana lives in a world where walled cities called Coldtowns exist. In them, quarantined monsters and humans mingle in a decadently bloody mix of predator and prey. The only problem is, once you pass through Coldtown's gates, you can never leave.

One morning, after a perfectly ordinary party, Tana wakes up surrounded by corpses. The only other survivors of this massacre are her exasperatingly endearing ex-boyfriend, infected and on the edge, and a mysterious boy burdened with a terrible secret. Shaken and determined, Tana enters a race against the clock to save the three of them the only way she knows how: by going straight to the wicked, opulent heart of Coldtown itself.The Coldest Girl in Coldtown is a wholly original story of rage and revenge, of guilt and horror, and of love and loathing from bestselling and acclaimed author Holly Black.
Published:
Publisher: Little, Brown Books for Young Readers
Review:
I want to thank NetGalley and Little, Brown Books for Young Readers for providing me with a copy of this book to read and give an honest review.
This is my first Holly Black book. She is an author that has been suggested to me a number of times and I finally dove into this one to see what she is all about. I was not disappointed in the least.
Not only is this book unique, but the writing is fantastic. It flows right off the page. I didn't want to put it down. I'm not usually a huge fan of third person, but it worked so well for this story. It worked to show you several points of view from all different characters, adding to the world building and background you need to understand the entire story. The writing reminded me of Cassandra Clare, whom I love. Lots of detail, lots of painting the scene so you see it entirely in your mind without having to create anything for yourself. I love that.
The twists and turns this book took were great. I will say I figured out the final twist earlier on than the book let you in on it, but it did not stop me from continuing to read so I could see the final outcome of the story.
I do like paranormal and this puts a nice twist on that. Modern day paranormal is always more interesting as there are so many more intricate plot holes the author needs to be aware of and Black covered them without a hitch.
The characters were nice, not my favorite. I love Gavriel. I love his craziness. Tana was more calm than I would have liked her to be in some situations, but she does explain later how she had gone from a scared, shy girl to one who was "different" at 13. She doesn't explain the difference but it's inferred in her mannerisms and how she reacts to situations that would otherwise cause people to die from fear.
There is much gore in the book (a la Ann Rice if you will). I'm ok with that. It is a vampire book, after all, and if one does not expect gore from such a book, then they are not reading the right vampire novels.
I love how the author truly meshes a dystopian world with the paranormal. Think World War Z.
Overall, I'm really glad I picked this up. It was a quicker read than I expected. I would absolutely read more from this author and intend to. 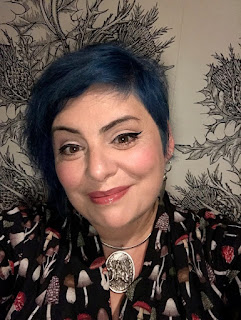 Holly Black is the #1 New York Times bestselling author of over thirty fantasy novels for kids and teens. She has been a finalist for an Eisner Award and the Lodestar Award, and the recipient of the Mythopoeic Award, a Nebula, and a Newbery Honor. Her books have been translated into 32 languages worldwide and adapted for film. She currently lives in New England with her husband and son in a house with a secret library.
at 12:00 AM