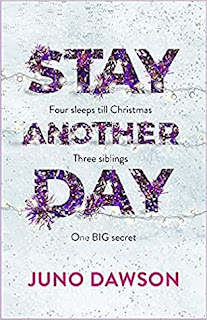 I really enjoyed this. The writing was excellent. The story was a little predictable here and there. And a little ending a little unbelievable, but overall it was a fun, quick read that hit on a lot of issues.
The writing was really great. Dawson really delved into the psyche of her characters, even those characters that were not narrating. And each character was very individual with distinct personality. The story flowed well and made me want to turn the pages.
I loved the character of Rowan. He was a balls to the wall kind of guy with no qualms about making his thoughts known, for the most part. He did hold some emotional baggage that he obviously needed to address (but this was par for the course for the whole family).
Overall, I would highly recommend and I'm looking forward to reading more from this author.
Published: Quercus
Publisher: October 14, 2021 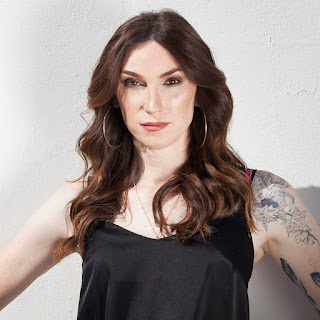 Queen of Teen 2014 Juno Dawson is the multi award-winning author of six novels for young adults. In 2016, she authored the best-selling World Book Day title: SPOT THE DIFFERENCE.Her next novel is the beautiful and emotive MARGOT & ME (Jan 2017) which will be followed by her adult debut, the memoir THE GENDER GAMES (Jul 17).Juno also wrote the bestselling non-fiction guide to life for young LGBT people, THIS BOOK IS GAY. In 2016 a follow-up, MIND YOUR HEAD, featured everything a young person needs to know about mental health.Juno is a regular contributor to Attitude Magazine, Glamour Magazine and The Guardian and has contributed to news items on BBC Women’s Hour, Front Row, ITV News, Channel 5 News, This Morning and Newsnight concerning sexuality, identity, literature and education.Juno’s titles have received rave reviews and have been translated into more than ten languages around the world.Juno grew up in West Yorkshire, writing imaginary episodes of Doctor Who. She later turned her talent to journalism, interviewing luminaries such as Steps and Atomic Kitten before writing a weekly serial in a Brighton newspaper. In 2015, Juno announced her intention to undergo gender transition and live as a woman.Juno writes full time and lives in Brighton. In her spare time, she STILL loves Doctor Who and is a keen follower of horror films and connoisseur of pop music. In 2014 Juno became a School Role Model for the charity STONEWALL.