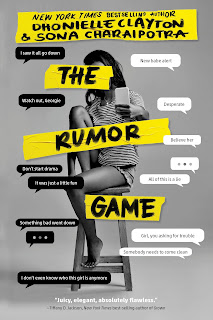 All it takes is one spark to start a blaze.At Foxham Prep, a posh private school for the children of DC’s elite, a single rumor has the power to ruin a life.Nobody knows that better than Bryn. She used to have it all—the perfect boyfriend, a bright future in politics, and even popularity, thanks to her best friend, cheer captain Cora. Then one mistake sparked a scandal that burned it all to the ground.Now it’s the start of a new school year and the spotlight has shifted: It’s geeky Georgie, newly hot after a summer makeover, whose name is on everyone’s lips. When a rumor ignites, Georgie rockets up the school’s social hierarchy, pitting her and Cora against each other. It grants her Foxham stardom . . . but it also makes her a target.As the rumors grow and morph, blazing like wildfire through the school’s social media, all three girls’ lives begin to unravel. But one person close to the drama has the power to stop the gossip in its tracks. The question is—do they even want to?From Dhonielle Clayton and Sona Charaipotra, authors of the Tiny Pretty Things duology (now a Netflix series), comes the edge-of-your-seat social thriller everyone will be talking about.

Review:
Thank you to NetGalley and  Disney for providing me with a copy of this book to read and review.
I love a good YA contemporary. And the premise of this book was interesting to me given the fact that I have a kid currently in high school. I also remember personally the rumors that would start at my school and how they often spun out of control. This book addresses those types of rumors.
The authors really delve into the rumors, how they come to be, how they are perpetuated, how they can get squashed, and the huge roll social media currently takes in all of the above. I often worry about what my kids will see on social media sites like Twitter, Instagram, Tik Tok, Snap Chat. It's scary how things can get skewed. This book definitely shows how easy it is for that to happen.
I loved the different points of view. How we got to see the characters experiencing the rumors and the consequences of those rumors first hand. How they make or break who you are or might be in circles in high school.
I'm happy with the areas this book covered: cheating from significant others (both adult and teen), sexual assault, child pornography. It's important for our kids to understand such consequences. Unfortunately, social media often perpetuates so much.
Overall this was an enjoyable read. I know it was an early proof. It's unfortunate that this early copy had some formatting errors which made it hard to read certain points.
I would definitely recommend it to teens so they can understand the consequences of their actions. 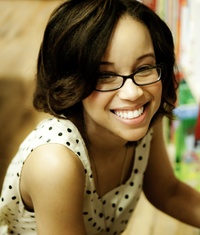 Born and raised in the suburbs of Washington, D.C., Dhonielle spent much of her childhood hiding beneath her grandmother's dining table with a stack of books. As an English teacher at a ballet academy, Clayton rediscovered her passion for children's and young adult literature. To ground herself in the canon, she pursued her Masters in Children's Literature from Hollins University before receiving her MFA in Writing for Children at the New School. She is a former middle school librarian, where she pestered children to read and curated a diverse collection. An avid traveler, Dhonielle's lived in several foreign countries, but she's now settled in Harlem, where you'll find her writing late into the night, lurking in libraries, and hunting for the best slice of New York pizza. She is the COO of We Need Diverse Books and the co-founder of Cake Literary. The co-author of the dance dramas Tiny Pretty Things and Shiny Broken Pieces, as well as the upcoming Rumor Game, Dhonielle is the author of the New York Times bestselling YA fantasy series The Belles. Find her on the web at DhonielleClayton.com or on Twitter @brownbookworm.D 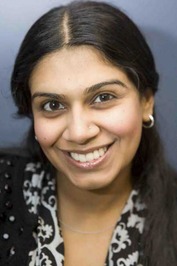 The author of the YA doc dramedy Symptoms of a Heartbreak, SONA CHARAIPOTRA is not a doctor — much to her pediatrician parents’ chagrin. They were really hoping she’d grow up to take over their practice one day.
Instead, she became a writer, working first as a celebrity reporter at People and (the dearly departed) TeenPeople magazines, and more recently contributing to publications from the New York Times to TeenVogue. She was also the editor of the Barnes & Noble Teen blog. These days, she uses her Masters in screenwriting from NYU and her MFA in creative writing from the New School to poke plot holes in her favorite teen TV shows — for work of course. She’s the co-founder of CAKE Literary, a boutique book packaging company with a decidedly diverse bent, and the co-author of the YA dance dramas Tiny Pretty Things and Shiny Broken Pieces (now a Netflix original series!), as well as the upcoming psychological thriller Rumor Game. Her follow-up to Symptoms will be the YA contemporary romp How Maya Got Fierce, which draws on her magazine world experience and is pitched as the Bold Type meets Younger. She’s a former We Need Diverse Books board member. Find her sharing pictures of her kids and her chai on Instagram @sonesone2, talking writing and books on Twitter @sona_c, or pinning gorgeous lenghas and her favorite Indian food on Pinterest.