Welcome to my stop on the Tribal Affairs blog tour! 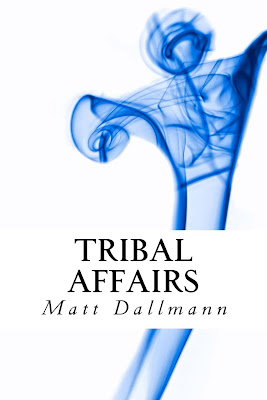 Dahlia, a centuries old genie, lies hopelessly trapped in a damaged golden locket charm attached to an ankle bracelet. Its owner, sixteen-year-old Liana, wears it for the first time during her father Jamison’s opening night illusion spectacular. Not only does its presence cause Jamison to folly his performance, but it also starts a chain of bizarre events that lead to a showdown with Dahlia’s mortal enemy, Stefan, and an unsuspecting romance between Liana and his son.

He slowly turned away, changing the stance of his feet as if preparing his body for motion. That was it? Liana felt her emotional capital building back up and could think of only one thing to spend it on: getting what she came for. She looked at the collar of Stefan’s turtleneck as he walked away. It was time to go on the offensive. Liana turned and followed him offstage.
Stefan entered the next room with the satisfaction of a hoarder returning to his nest. In fact, according to Jamison, the only reports of ever seeing him smile were at times when he was nestled comfortably among the scattered lumber, various tools, and bolts of muslin in this, his special room. Just as he was about to make another impression of his backside in a pile of sawdust on his chair, Liana bolted in like a superhero.
“Wait, Stefan!” she called.
He turned his head like an owl, and just as quick.
“I wanted to make sure everything was okay with the harness.”
“Oh, yes,” said Stefan. “I’m so sorry about what happened on opening night. It was a total fluke. I promise it won’t happen again. These brand-new harnesses are top-of-the-line.”
“Great.”
Liana began to notice the subtle tells in his body language and revealing tones of his voice. He was apologetic and submissive and would certainly help her.
“Also,” she started, “I know this may seem a little strange, but, that tattoo on the back of your neck; I think I’ve seen it somewhere else before. What does it mean?”
Stefan smiled. “That old thing? I got it back when I was in high school. I was a wild one back then.”
Liana smiled, insisting on another answer.
“It means about ten different things,” Stefan obliged.
“Really?”
“Yes, strange, isn’t it? Some ancient language, I forget the name of it. I’ve got a whole book of different translations in the back. Would you like to see it?”
“Sure. I’d love to.”
Stefan sauntered over to a large metal cabinet with Liana in tow. He seemed to glide across, around and through the mass of stuff about the room, while Liana dodged everything like navigating an obstacle course.
“My wife says I collect too much crap, so I’ve started keeping things here at the theater.”
He opened the large metal cabinet and began rummaging through piles of old dusty books. The search seemed to go on forever.
“I don’t want to be a bother,” Liana said trying to come up with a suitable excuse to leave.
“No, don’t be silly. It’s my pleasure.”
Maybe so, but Liana began to regret her actions. The wrestling match wasn’t over, and reality had started gaining ground. Without a struggle, Liana gave up her dominant position and started to back away from Stefan. Assuming her place as the submissive, she was afraid to turn away from him and didn’t notice the door behind her closing.
“You have her eyes, you know,” said Stefan.
“What?”
“Her eyes, the woman in your dreams.”
As Liana began to panic, Stefan continued rummaging through the old books.
“How do you know about—?”
“I know everything about you.”
He turned to look at her. He was different, no longer the slow-moving turtle but rather a dominant silverback gorilla. His shoulders bulged as his eyes pierced into Liana’s mind.
“What do you mean?” said Liana.
“You can see things with those eyes, can’t you?” he asked.
Liana backed away as he gained ground on her.
“Amazing things,” said Stefan.
His eyes became black, and Liana felt herself going into a trance. Images of the beautiful woman from her dreams and the elder man flashed into her head, she standing on the cliff and he advancing on her. Still, Liana couldn’t see his face. Why couldn’t she see his face? The images continued to flash, faster and faster; the beautiful woman, the elder man, the hanging man, the laughing band of ruffians, the beautiful woman, the elder man, the beautiful woman, the elder man, the elder man, the elder man. The images stopped. Liana looked directly in front of her and saw his face. It was him.
“Xethalis,” she whispered.
Stefan smiled. Liana thrust out her arms and pushed Stefan across the room with the strength of twenty men. His back slammed against the opposite wall, causing it to collapse on top of him.
Liana’s trance broke. She looked down at her hands then across the room at Stefan, buried beneath the collapsed wall. 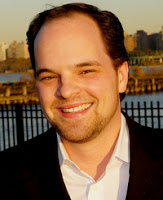 About the Author
Matt Dallmann has a background in acting and holds a BFA from Marymount Manhattan College in New York City. His films and screenplays have been featured at film festivals across the United States including Cinequest, Big Apple Film Festival, Seattle’s True Independent Film Festival, DragonCon and Zero Independent Film Festival. His piano compositions have been published for commercial use and he is a member of ASCAP. Matt is also the Co-Founder and Vice President of the boutique medical billing firm VGA Billing Services, Inc. in New York City. He lives in New Jersey with his wife and two daughters.