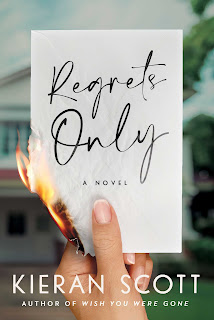 In a fast-paced new novel in the vein of Big Little Lies, a single mom goes undercover to investigate a host of disturbing secrets held by the leaders of a local suburban parent-school association, including embezzlement, bribery, adultery, and murder—by the bestselling author of Wish You Were Gone.Paige Lancaster, single mom and prodigal daughter, has returned to the East Coast from her prestigious, well-paid job in Los Angeles, writing for the smartest detective series on television. Something terrible happened to her back in Hollywood. Okay, two terrible things, one featuring a misplaced tire iron—and now she’s broke, homeless, and living with her widowed mother and eight-year-old daughter, Izzy, in her Connecticut hometown.Paige needs to buckle down and find a new writing gig but first, she meets the movers and shakers of Izzy’s school’s Parent Booster Association, run by the intimidatingly gorgeous Ainsley Anderson, who just happens to be married to Paige’s old high school flame, John.Then she shows up at the annual Parents and Pinot fundraiser, held at Ainsley and John’s dazzling mansion in the toniest part of town, where she’s caught in a compromising position with John, accidentally destroys the guest bathroom, overhears an incriminating conversation, and discovers that her purse has gone missing. And later that night, Ainsley turns up dead at the bottom of her own driveway.Did she fall? Or was she pushed?Paige may have only written about detectives, but she is convinced she can handle a little undercover sleuthing. After all, it’ll give her an excuse to spend more time with John. Still, she can’t help but wonder: could he be capable of murder? Or could one of the PBA members have planned a dastardly crime to reach the top? But the most important question of all: will Paige ever get her life back on track?
Title: Regrets Only
Author: Kieran Scott
Expected Publication Date: January 10, 2023
Publisher: Gallery Books
Review:
I'd like to thank NetGalley and Gallery Books for providing me with a copy of this eARC to read and give my honest review.
I enjoy Kieran Scott's books. I also enjoy reading her as Kate Brian (Shadowlands is one of my favorite series). So of course I had to request this.
I enjoyed this story, though I'm honestly not sure I understand the title and how it relates.
It's a fun murder mystery that leaves you guessing.
I will say I had a hard time getting into it at first. There were so many characters and I could not keep them straight (despite their descriptions). The differing points of view made it a bit easier, since those characters showed who they were through their chapters. But I also am curious as to why the author chose to do the differing points of view. It didn't lend much to the story for me, though I enjoyed seeing things through the different eyes. And the blurb certainly makes you think this will be Paige's story, when in reality it turns out to be the story of three different women.
When I got about 1/2 way through the book, I finally had all the characters fleshed out in my mind, and this is also when the story seemed to take off (I will admit I almost gave up prior to this because I just was not feeling a connection to anyone in the book).
It was entertaining, and I certainly would pick up books from Scott again to read. She tells a good mystery. But I did find there to be a little too much mama drama for my taste. 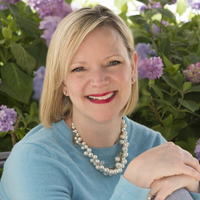 Kieran Scott is the author of WISH YOU WERE GONE, a domestic suspense novel now available from Gallery Books. Her second book with Gallery, REGRETS ONLY, will be published in January, 2023. She has also written several young adult novels, both under her own name and for Alloy Entertainment under the pseudonym Kate Brian. These include the New York Times best-selling PRIVATE and PRIVILEGE series, as well as MEGAN MEADE'S GUIDE TO THE MCGOWAN BOYS and many others. She grew up in Bergen County, New Jersey, attended Rutgers University, and now lives in River Vale, New Jersey with her husband and two sons.