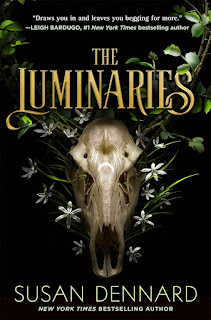 From Susan Dennard, the New York Times bestselling author of the Witchlands series, comes a haunting and high-octane contemporary fantasy, about the magic it takes to face your fears in a nightmare-filled forest, and the mettle required to face the secrets hiding in the dark corners of your own family.
Hemlock Falls isn't like other towns. You won't find it on a map, your phone won't work here, and the forest outside town might just kill you.

Winnie Wednesday wants nothing more than to join the Luminaries, the ancient order that protects Winnie's town—and the rest of humanity—from the monsters and nightmares that rise in the forest of Hemlock Falls every night.

Ever since her father was exposed as a witch and a traitor, Winnie and her family have been shunned. But on her sixteenth birthday, she can take the deadly Luminary hunter trials and prove herself true and loyal—and restore her family's good name. Or die trying.

But in order to survive, Winnie enlists the help of the one person who can help her train: Jay Friday, resident bad boy and Winnie’s ex-best friend. While Jay might be the most promising new hunter in Hemlock Falls, he also seems to know more about the nightmares of the forest than he should. Together, he and Winnie will discover a danger lurking in the forest no one in Hemlock Falls is prepared for.

Not all monsters can be slain, and not all nightmares are confined to the dark.

"You'll want to get lost in the world of The Luminaries again and again.”—Leigh Bardugo, #1 New York Times bestselling author (less)
Title: The Luminaries (Luminaries #1)
Author: Susan Dennard
Expected Publication Date: 11/8/22
Publisher: Tor Teen
Review:
I want to thank NetGalley and Tor Teen for providing me with a copy of this e-book to read and give an honest review.
I've long wanted to read something from Susan Dennard. And I love anything witchy So now was the time!
Let's talk about the set up . Using Days of the week as last names for the witch clans? GENIUS! Having a place totally off the map that no one can find/know about? LOVE IT! A place with it's own little invisibility cloak! The forest, an interesting choice. I enjoyed how Dennard incorporated many different monsters and how she made them come alive. You feel the fear they induce and you cheer on Winnie the whole time. It was like watching a bit of a Supernatural episode (and I love me some Supernatural - Team Sam)! Of course the most interesting of all the monsters is the one we truly cannot picture. The one Winnie knows is out there but no one wants to acknowledge. A monsters so terrifying in it's being, it surrounds and just eats up anything in its path. How do you fight something you can't even really see?
Third person, this one is hard for me. It really has to be done right. And I understand the need for it. It makes things so much easier to see when it's not coming from just one character. And it really did work for this book.
Winnie Wednesday? Typical teen with typical teen angst who also happens to be an outcast for something her father did long ago. Her plan? Prove she can be exactly what all the other kids in town are, and prove it well by being VERY brave (though she'll tell you the whole time she's not).
The friendships, interesting to say the least. Some love Winnie despite her outcast status. Others, well, they treat her just as such. Still others have put a wall up because they are not sure where they should stand with it. But Winnie proves them all wrong by showing she has what it takes to be just like all the other 16 year olds who face a trial beyond anything you can imagine.
Overall, saying more would kind of ruin the book. Or at least it would give you too many spoilers. I definitely enjoyed it. I loved the friendships that were built. The retribution that was achieved. And I'm looking forward to how this plays out when book #2 arrives.
Overall it was a fun read. Not the best witch book I've read, but not at all the worst.
If you're a fan of witches, of supernatural creatures, of spine tingling thrill, and heroines who aren't what you think they might be, pick this one up when it releases and enjoy the ride!
Author: 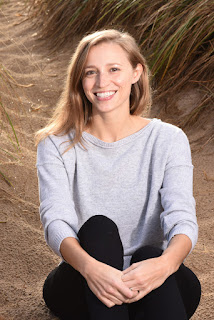 Susan Dennard has come a long way from small-town Georgia. With a masters degree in marine biology, she got to travel the world—six out of seven continents, to be exact (she’ll get to Asia one of these days!)—before she settled down as a full-time novelist and writing instructor.She is the author of the New York Times bestselling Witchlands series as well as the Something Strange & Deadly series. When not writing, she can be found slaying darkspawn on her Xbox or earning bruises at the dojo.You can learn more about Susan on her website, blog, newsletter, Twitter, or Pinterest.
at 8:13 AM