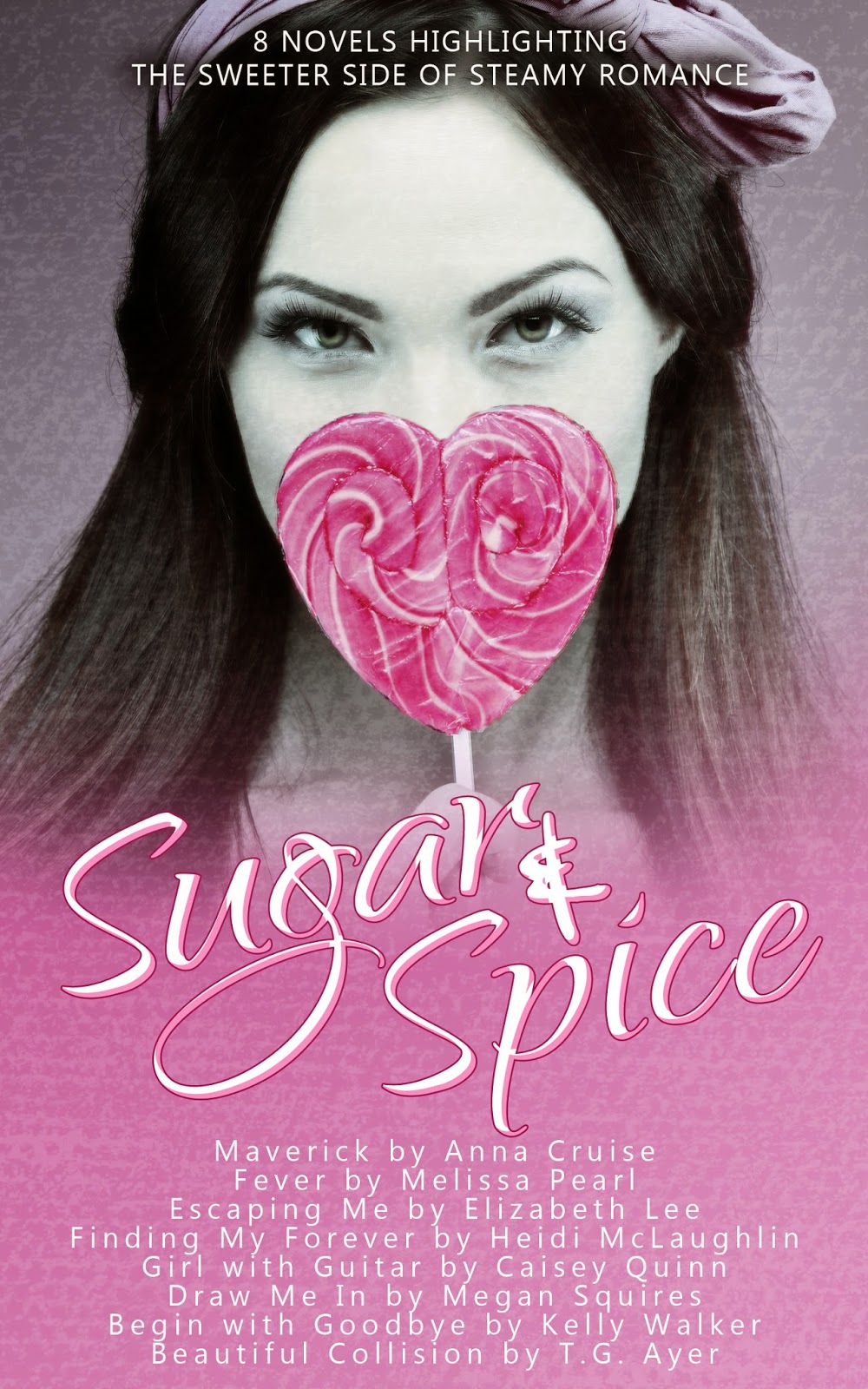 Sugar & Spice and everything nice...or is it? This collection of sweet and sexy romances is sure to warm your heart *and* get it racing.


Maverick by Anna Cruise
International surf sensation Kellen Handler has it all – fame and fortune and more women than he can count – but he's riding his own personal wave toward disaster. Can PR genius Gina Bellori rescue his reputation...and his heart?

Fever by Melissa Pearl
Two showers and one song that will change their lives forever...singing in the shower will never be the same after Ella and Cole hear each other for the first time. Is it possible for two people to fall in love after one duet together? And can they find each other before life-changing decisions will set them on opposing paths?

Escaping Me by Elizabeth Lee
The last thing Cole was looking for was a girl like Whitney, and she sure didn't expect anything serious with the town's bad seed. Sometimes the one you think isn't for you turns out to be just the person you need.

Finding My Forever by Heidi McLaughlin
Women find me. I don't chase. I know what they want and they know I'll deliver. But after one look, one touch, one night...Now I'm the one doing the chasing.

Girl With Guitar by Caisey Quinn
Touring with Country Music superstar Trace Corbin is hardly a dream come true since he’s pretty much drinking his career down the drain. If Kylie can’t pull Trace out of his rut, he’ll pull her and her dreams down with him.

Draw Me In by Megan Squires
He’s a young, up and coming businessman with the keys to his family’s Italian wine enterprise. She's a fine arts student, navigating life in the Big Apple, her pencil and sketchpad in hand. They meet. They fall in love... But it’s not that story.

Begin with Goodbye by Kelly Walker
Justice is a myth, and true love is a lie. In Begin With Goodbye, Sam will go home to confront her sister's rapist, but she might find more than she bargained for.

Beautiful Collision by T.G. Ayer
Life on the run is hard enough. Gray doesn't need love to complicate her world. And the last thing she needs is to fall for the wrong guy.