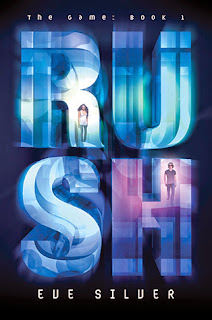 Blurb:
So what’s the game now? This, or the life I used to know?

When Miki Jones is pulled from her life, pulled through time and space into some kind of game—her carefully controlled life spirals into chaos. In the game, she and a team of other teens are sent on missions to eliminate the Drau, terrifying and beautiful alien creatures. There are no practice runs, no training, and no way out. Miki has only the guidance of secretive but maddeningly attractive team leader Jackson Tate, who says the game isn’t really a game, that what Miki and her new teammates do now determines their survival, and the survival of every other person on this planet. She laughs. He doesn’t. And then the game takes a deadly and terrifying turn.

I want to than the author, Eve Silver, for sending me a copy of this book to read and give an honest review. Receiving this book for free has in no way altered my perception or review.

From the first time I saw the cover of this book, I knew I had to read it. It's just utterly gorgeous. And the premise of the book, that there could possibly be some kind of game we are sucked into without us even knowing it, was just awesome!

I want to than the author, Eve Silver, for sending me a copy of this book to read and give an honest review. Receiving this book for free has in no way altered my perception or review.

From the first time I saw the cover of this book, I knew I had to read it. It's just utterly gorgeous. And the premise of the book, that there could possibly be some kind of game we are sucked into without us even knowing it, was just awesome!

Enter Miki Jones. When you start the book, Miki comes off as the typical teenage girl, hanging out with her friends, swooning over cute boys at school. It's all so normal and there's nothing out of the ordinary. But then things suddenly change when she dives into traffic to save a friend's brother. She's suddenly sucked into a game of life or death where she and teammates try their hardest to fight off an alien race she didn't even know existed. Of course we see her skepticism emerge, and she is by no means trusting of those she is forced to partner with. But we also see how curious she is and watch as she slowly puts the clues together. She develops enough during the story to keep us intrigued, but I do believe she could have had a bit more growth. She was more than a bit awkward in many situations.

And of course this wouldn't be a great YA without the introduction of romance. There is kind of this push and pull between two of the male characters, one Miki has known for a while and another that she has just met. And, while you might think it's a love triangle, you really don't get that idea here. You do see that she forms an attachment more to one than the other, seemingly thrust into it because of how she must depend on this guy. But at the same time, the mysteriousness of him totally intrigues her. I like that one of the guys is a total mystery (though we do learn some things about him that are important to the story line) while the other one seems to be more of an open book (at least after she is first pulled).

The world building is interesting. I liked how Silver was able to balance Miki's "normal" world with the world of the game. While Miki has a bit of a hard time adjusting to being pulled, it certainly makes sense since she never knows when the pull will happen. And it's interesting to watch her return to her normal world and try to make sense of what has happened around her (as if time hasn't passed at all, but their pull has certainly changed things).

Silver's writing flowed easily and certainly kept me wanting to read more. I could have used some more descriptors while reading, so I could really get the feel of the surroundings. When the teens were pulled into this in between while awaiting their game assignment, I needed to feel what it was like. But I had hard time with that. There was some predictability throughout the story, but nothing that kept me from wanting to continue to read and find out what happened to them during their missions. Silver also incorporated a fair bit of action, needed to show the war that is occurring between the alien race and earth.

The book really ramps up at the end and then leaves you with an ending that will definitely have you reaching for the next book. Silver presents us with a unique look at a sci-fi world that exists just out of our plane of reach. I'm looking forward to reading book #2! 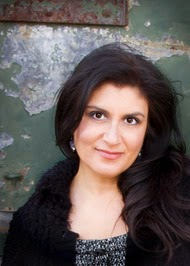