Book Blast: Because You Exist by Tiffany Truitt @tiffanytruitt @limitlessbooks 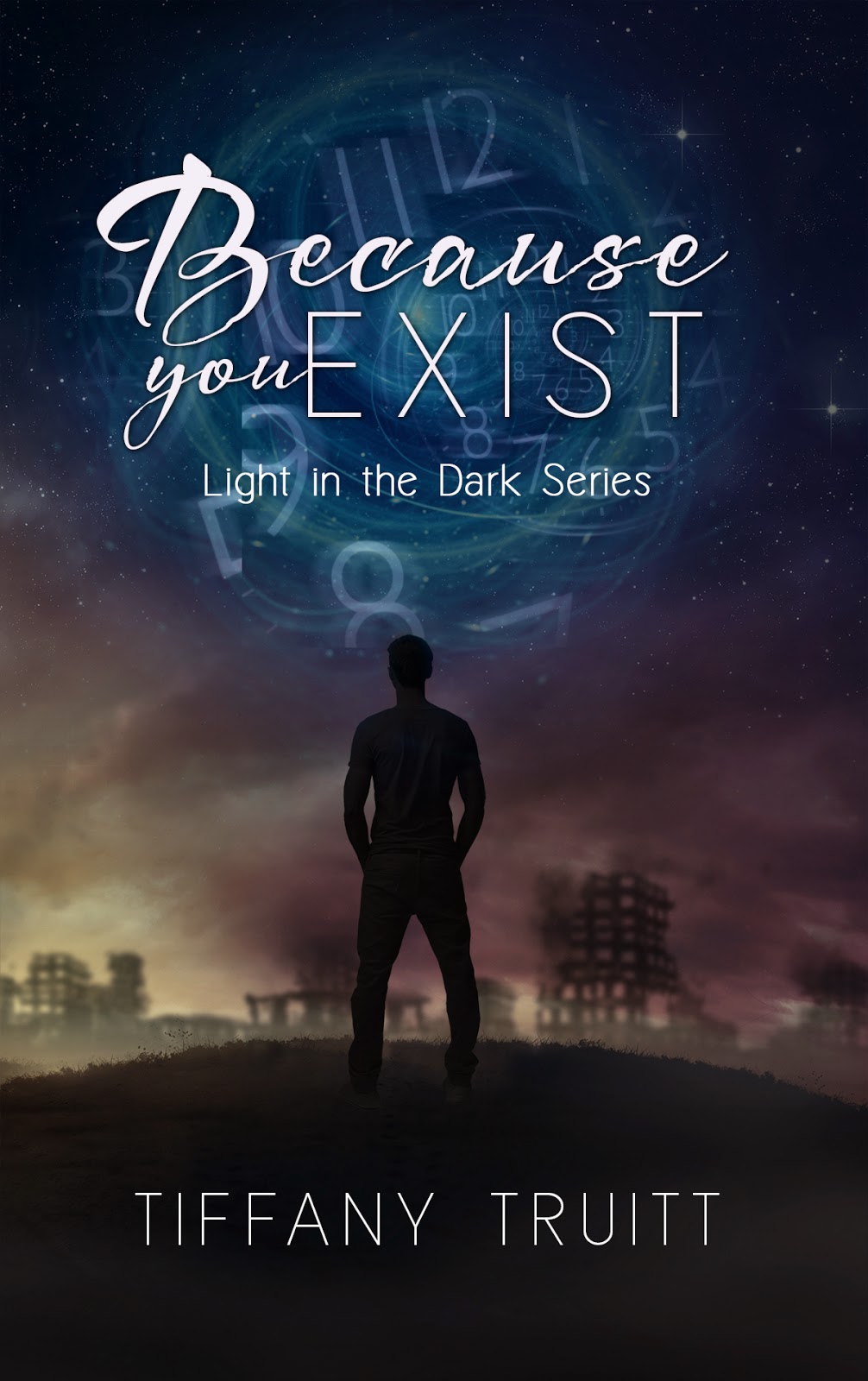 Because You Exist (Light in the Dark Series, #1)
by Tiffany Truitt
Release Date: 11/11/14
Limitless Publishing

Summary from Goodreads:
Life is good for LOGAN MIDDLETON. He’s quarterback of the Shepherd High football team, nephew of the town’s most successful lawyer, and boyfriend of Jenna Maples, a girl who has finally agreed to take their relationship to the next level. But nothing good lasts forever.

With only a few minutes of last period English left between him and a weekend alone with Jenna, Logan blacks out. When he awakens, he finds himself in a future where Shepherd High lies in ruins, nothing is what it seems, and everyone he loves is dead. Logan is a shifter. Chosen to travel through time, it’s up to him to figure out how to stop the terrible events that claimed his once perfect life.

Of course, all of this might be easier if he wasn’t paired with the one girl who’d rather see him dead than help him, JOSEPHINE. A girl he tormented during childhood. Strong-willed with biting wit, who lives in the shadows. Tough and dark, Jo is Shepherd High’s most notorious outcast and Logan’s opposite in every way. Together the two must overcome their many differences to figure out why they’ve been selected for such an overwhelming task, and who selected them in the first place.

Before it’s too late…


Excerpt:
“How long did it take you to find me?” Carrie asked, pulling out one of her earplugs.
“What are you listening to?” I countered. I didn’t want to answer her question. I didn’t want to explain how it took me four hours to find someone who knew anything about Scary Carrie besides the fact that she loved hoodies and had zero friends. It involved one of those things where you call a friend who knows a friend who knows a friend whose mom also works at the public library. I used the JV football team as my slew of detectives. They were always eager to please me.
Carrie laughed quietly to herself, no doubt fully aware of the fact that I was avoiding her question. She turned her iPod so I could read the screen.
“Sia. Hmmm. Jenna likes her.”
“Wow,” she said shaking her head. “Why do you sound so surprised there, QB1? What were you expecting to see?”
Um. I don’t know. Maybe some screamo, emo band singing songs about death or how the world sucks, or maybe how conforming to nonconformity is rad. I mean if she was going to wear the hoodie and play out the loner routine, she might as well really commit to the performance. Soundtrack and all.
It was then I noticed how her hood was off her head. Her curly, red hair was pulled into a ponytail that lay in front of her shoulder. Her face was flushed. She almost looked like breathing wasn’t the most painful thing asked of her. She was almost...
Gross.
Don’t go there.
“Listen. Um. Can we talk?”
She laughed again. “Sort of late to ask me that, Mr. All-American. Since you know...we’re already talking.”
“Right.”
Carrie didn’t wait for me to continue. Instead, she pushed her cart of books further down the aisle and began to place the books on the self.
“So, I was thinking we could talk about...you know...that thing...that happened to us.”
“You want to talk about that thing that happened to us!” Carried exclaimed in a louder than needed voice, waggling her eyebrows.
I felt the blood rush to my cheeks. “Very funny,” I muttered.
“Oh, calm down, Die Hard. It’s not like any of your friends spend their Saturday afternoons at the public library.”
“Loving the nicknames,” I replied dryly.
She didn’t respond.
“So. Um. How long have you been working here at the library?”
Why was I so nervous?
I had talked to like a million girls before. Granted, never about the end of the world though.
“Don’t,” she warned.
“Don’t what?”
“Play the I want to get to know you act.”
“I wasn’t—”
“You were.”
Count to ten.
One.
Two.
Three.
Four.
Why does she have to be such a bit...


She lifted a book from the cart, but I grabbed it out of her hand. “Enough.”

About the Author
Tiffany Truitt received her MA in literature from Old Dominion University. Her debut Chosen Ones, first in the Lost Souls trilogy, is a searing look at what it means to be other and how we define humanity, as well as a celebration of the dangerously wonderful feeling of falling in love.
Author Links: