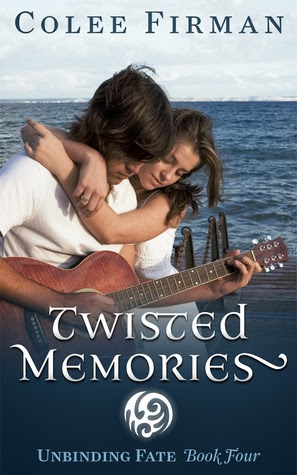 Something is coming. A dangerous foe is lurking in the shadows. Watching and whispering in the darkness. Searching for a way to unravel the greatest mystery they’ve ever known. Grasping for that one shred of proof that will spin centuries of rumors into the truth. It’s a threat that can’t be controlled or contained by the Akori’s powers—it will be the greatest enemy they’ve ever faced.
The humans.When Addy discovers Tanner is in danger, thrusting him back into the life Oric stole from him—the life he was supposed to be living with her, is the only way to protect him. With the truth just under the surface of every lie she tells, Addy prepares herself to lose Tanner all over again to save him.*WARNING* CONTAINS MATURE CONTENT, ADULT LANGUAGE, SEXUALITY, VIOLENCE. MAY NOT BE SUITABLE FOR YOUNGER AND/OR SENSITIVE READERS

If you have not read the first three books in thus wonderful series you need to STOP RIGHT NOW! DO NOT READ ANY FURTHER - SPOILERS AHEAD. Because this is a series some of the mysteries and questions from earlier books will have been answered in subsequent books in the series.

Before I begin with the heaps of praise I just have to share that I am not a big fan of the new cover design. It is lacking the intrigue and mystery that the original covers exude. Cover change aside, the content remains excellent, drawing you back in from the very beginning.

Now, if you are still reading, here is why you most definitely want to continue with this wonderful series. The story resumes almost exactly where it stopped in book three. Addy, having defeated the evil Oric, sent the love of her life back to Tremain. Along the way she also destroyed the hurricane caused by Oric in an effort to protect all of the humans in Tremain and surrounding regions. Little did she know just how dangerous the repercussions of her act would be.

With the threat of Oric ended Addy finally has time to really focus on all that she has lost, and it almost kills her. She had already been forced to grow up far to quickly due to earlier events. Now, when she should be spending time with Tanner, her soul mate and secretly claimed mate, the two of them easing into leading the Akori in a time of peace, she must lead alone. As Addy discovers, part of being a good leader is being able to set aside personal issues and on the greater good. Those closest to her see her suffering, but aside from offering their love and support there is little they can do for her. Though she continues to lead her people in her role as Shepherdess, she is basically functioning almost entirely on autopilot. She also spends the majority of her time over in Tremain, caring for her brother Jax, as he is now trapped there due to his human side becoming dominant upon crossing back into Tremain. The very thing that helped Addy defeat Oric once and for all has caused her to possibly lose her brother for good. Addy refuses to accept that her brother is lost forever, especially after losing Tanner, so until she finds a way to get her brother back, she too is tied to Tremain. Only two things have kept Addy going so far; a single thread of hope that when Oric possessed Jax it didn't kill her brother's soul but simply displaced it or repressed it, and her complete dependence upon reflecting symbols to help mute the pain. As Preston has had some past experience relying on reflecting to mute the pain, he eventually convinces Addy that she will never really recover and begin moving forward again until she faces the raw emotions and comes to terms with them. Addy accepts Preston’s advice, demonstrating that she continues to mature.

Jax is completely catatonic for months, and then one day he responds to a piece of music that Addy is playing on the piano by walking over to stand by the piano. No matter how many more times she plays that same piece, it never evokes another response from him. Yet the fact that he responded to something gives Addy the hope that she so desperately needs, and she keeps trying different music in the hopes of getting another response. This leads to her discovery of a comic book/sheet music store while looking for something else to get a response from him, anything to prove that her brother is in there somewhere.

Over time Addy becomes friends with Parker, the owner of comic book/music the store. Eventually she reveals the whole story about the Akori, in part because it is so much easier to portal into his back room to dig through the old sheet music than it is to fight her way through the media circus camped outside the estate's gates 24/7, and because she finds herself needing a friend in Tremain. Parker is one of the only humans that Addy deals with, let alone befriends, to the point that he comes to the estate for Preston's meals on a regular basis. By sharing her burdens and entrusting a human with the knowledge of the Akori’s existence is she being immature, or is the choice a mature one? After all, there are humans that know of the existence of Akori and nothing bad has come from the selective exposure yet.

With Tanner gone from Greystone Addy struggles to find her way. And though she knows why by he wants to be in Tremain, she only shares part of his reasons for wanting to return to the human world. Addy spends much of her time in Greystone with Ryker, captain of one of the fight clubs. Their friendship continues to grow stronger, eventually becoming the catalyst for a series of situations, each worse than the one before, putting Ryker and others at risk.

Addy slowly begins to get her legs under her again, and shows a real increase in her maturity level. No longer does she think of her own needs first all the time, but instead focuses on making life better for all Akori. And though some changes are working better than others, she is determined to make even more changes for the betterment of all the Akori that aren't locked away in the old city for supporting Oric in his bid to take over. It just takes time to figure out how to get the impacted Akori to think the changes are their ideas.

Though Tanner plays a much smaller role in this book as an active participant, he informs so many of Addy's decisions that he is still actively involved in the storyline. We simply experience him through Addy's emotions and memories. And though he has no memories of Addy or the Akori thanks to Oric, it may just be that they are destined to be together no matter what challenges they face - including Tanner having his memories wiped. Even losing the memory of the only person to ever say, " I love you" to him. For                                      once the pair unexpectedly run into each other in Parker's shop, their meeting will cause a chain reaction of vast proportions before all is said and done, bringing joy, pain, and everything in-between.

Once again Addy, Tanner, and the rest of the Akori are facing dangers from several different directions. The problem is, so far only a small handful know they are in any danger - and those that do know may find themselves unable to help themselves, let alone anyone else. Yet again Ms. Firman ends the book such a way that I am left desperately awaiting the next installment. I'm not sure I can handle these cliffhanger ends too many more times, however I am loath to consider their story ever coming to an end. I imagine that is one of the best ways I can praise a book - even if I suffer between each book I find myself unable to stay away, and literally counting the days until the next release! I may even offer to pay Ms. Firman to allow me to become a beta reader, or at least have access to the ARCs for future books, and then pray that she doesn't take out a restraining order for fan harassment!  :-) 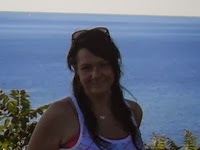