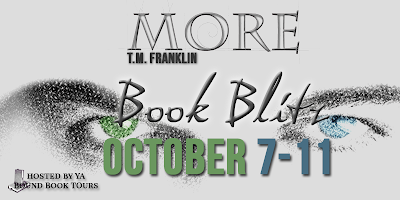 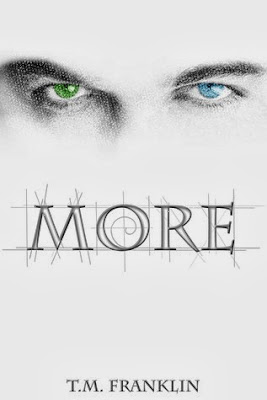 Summary from Goodreads:
Ava Michaels used to think she was special.

As a child, she fantasized about having magical powers . . . making things happen. But Ava grew up and eventually accepted the fact that her childish dreams were just that, and maybe a normal life wasn't so bad after all.

Now a young college student, Ava meets Caleb Foster, a brilliant and mysterious man who’s supposed to help her pass Physics, but in reality has another mission in mind. What he shows Ava challenges her view of the world, shaking it to its very core.

Because Caleb isn't quite what he seems. In fact, he's not entirely human, and he's not the only one.

Together, the duo faces a threat from an ancient race bound to protect humans, but only after protecting their own secrets—secrets they fear Ava may expose. Fighting to survive, Ava soon learns she's not actually normal . . . she's not even just special.

Check out the FREE short story!

About the Author
T.M. Franklin started out her career writing non-fiction in a television newsroom. Graduating with a B.A. in Communications specializing in broadcast journalism and production, she worked for nine years as a major market television news producer, and garnered two regional Emmy Awards, before she resigned to be a full-time mom and part-time freelance writer. After writing and unsuccessfully querying a novel that she now admits, “is not that great,” she decided to follow the advice of one of the agents who turned her down—write some more and get better at it. Her first published novel, MORE, was born during National Novel Writing month, a challenge to write a novel in thirty days.

She lives in the  with her husband, Mike, is mom to two boys, Justin and Ryan, and has an enormous black dog named Rocky who’s always lying nearby while she’s writing. Whether he’s soothed by the clicking of the computer keys or just waiting for someone to rub his belly is up for debate.

In addition to MORE,  penned the Amazon best-selling short story, Window, as well as another short story, A Piece of Cake, which appears in the Romantic Interludes anthology. The sequel to MORE, The Guardians, will be released November 7, 2013.