Welcome to Author Thursday hosted by the Never Too Old for Y.A. Books group on Goodreads. 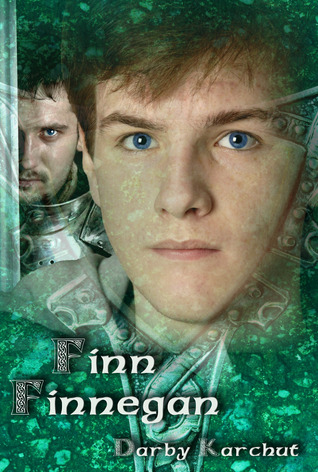 Finnegan MacCullen: a thirteen-year-old apprentice with the famous Irish temperament.
Gideon Lir: a legendary Celtic warrior with a bit of a temper of his own.
Secretly, these blue-collar warriors battle the hobgoblins infesting their suburban neighborhood...when they are not battling each other.
Finn (not bleedin' Finnegan) MacCullen is eager to begin his apprenticeship. He soon discovers the ups and downs of hunting monsters in a suburban neighborhood under the demanding tutelage of the Knight, Gideon Lir. Both master and apprentice are descendents of the Tuatha De Danaan, a magical race of warriors from Ireland. Scattered long ago to the four corners of the world, the De Danaan wage a two thousand year old clandestine battle with their ancient enemy, the Amandán, a breed of goblin-like creatures.
Now with the beasts concentrating their attacks on Finn, he and his master must race to locate the lost Spear of the Tuatha De Danaan, the only weapon that can destroy the Amandán, all the while hiding his true identity from his new friends, Rafe and Savannah, twins whose South African roots may hold a key to Finn's survival.
Armed with a bronze dagger, some ancient Celtic magic, and a hair-trigger temper, Finn is about to show his enemies the true meaning of "fighting Irish."

I had the pleasure of reading an ARC of this book and it was terrific! You can find my review here: The Cover Contessa's Review.

So, without further ado, let's welcome Darby to the blog!

First of all, I wanted to say thanks to you, Brooke, for letting stop by and chat with you and your followers. *waves from Colorado*
*Waves back* Hi Darby!
Did you always know you wanted to be a writer or did you want to be something else?
Actually, when I was a young child, I wanted to be a bard. Must have read The Prydain series about a ba-jillion times. Then, as a teen, I decided I wanted to be an anthropologist and learn about other cultures, especially mythologies from around the world. That choice of undergraduate degree led me to teach social studies at a middle school.
But, I never wanted to be a writer until about three years ago when the idea of a story just slammed into my head. That idea became my debut novel, Griffin Rising (Twilight Times Books) about a teen apprentice angel. Since then, I’ve written two more books in that YA series, as well as my first middle grade book, Finn Finnegan (Spencer Hill Press). The next two books in the Finnegan series, Gideon’s Spear and The Hound at the Gate, are with my editor.
How long does it take you to write a book from start to finish?
I seem to average about six to eight months. I could churn them out faster, but since I still teach full time, my writing time is a bit limited. That said, I tend to revise each manuscript close to a dozen times before submitting it to my editor.
How do you come up with themes for your stories?
The themes are usually the universal ones: how do I face my fears? How do I become the man I want to be?  (all of my MC are boys) Can evil be destroyed?
Do you have a schedule of when you write?
I wish! I’ve trained myself to write whenever I have a fifteen-minute block of time. Of course, I have a lot more time on weekends and during summer vacation.  I do try to write a few hours each evening – I never watch television, except for Game of Thrones and Supernatural.
How are you able to balance other aspects of your life with your writing?
Now, that has been a bit of a problem. My poor husband is so neglected since I started writing three years ago. I’ve also given up keeping my house to a Martha Stewart’s level.  But, I do work out every day. I run and mountain bike in the warm weather and run and cross-country ski in the winter – I’m such a tomboy. And my students always get my 100% effort in both teaching and lesson planning.
What was the hardest thing about writing a book?
The first draft. Hate. The. First. Draft. It is a bloodletting for me. No matter how much I outline or plan, the first draft is horrible.
How many books have you written so far? Do you have a favorite?
I’ve written three books in the Griffin series, three books in the Finnegan series, and a non-fiction book on teens and money that I co-authored with my husband, Wes Karchut. I like all my books for different reasons, but right now, I would have to say Gideon’s Spear is my “favorite” in that it took a surprising plot twist I never saw coming and swept me away.
Do you have a favorite character?
The running joke I tell everyone: “People ask me if I have children. I say, yes, I have two boys. The oldest is an absolute angel and the youngest is a wild Irish boy.”
Where do you write?
Wherever I can plug in my laptop.
What kinds of advice would you give to someone who wants to start writing?
Read hundreds of books in the genre you enjoy. Read outside of your genre (I’m terrible at this). Write every day, even if you don’t feel like it. Stay in touch with what’s going on in the publishing world, but don’t chase fads. If you are a middle grade or YA author, spend as much time as you can with that age group.
Do you have any go to people when writing a book that help you with your story lines as well as editing, beta reading and such?
No, I like to work solo. The only one who sees my work prior to publication is my editor. If I get stuck or want to do a “quality control check”, I go read some outstanding authors to see how they do it. My husband calls this Karchut University.
Are you working on anything now?
I am outlining the fourth book in the Finnegan series, tentatively entitled The Burnt Bones. I am also taking a stab at an adult urban fantasy, just to stretch my skills a bit. And because a certain pair of editors keep hounding me (looking at you, Trish and Vikki).

Thanks, Brooke, for having me here today. I had such a great time answering your questions!

Thanks so much for stopping by today, Darby! It was so great having you here and I can't wait for your next book in this series!
Darby has graciously offered a giveaway along with her interview. So scroll down and enter via the Rafflecopter! 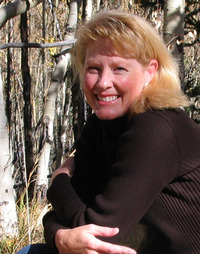 Darby Karchut is an award-winning author, teacher, and a compulsive dawn greeter. She lives in Colorado with her husband and owns more backpacks than purses. As she should.
Her YA books include GRIFFIN RISING (2012 Children's Literary Awards Gold Medal, 2011 Sharp Writ YA Book of the Year), GRIFFIN'S FIRE (2011 Readers Favorite Bronze Medal for YA Fantasy), and GRIFFIN'S STORM (November 2012). Her debut Middle Grade novel, FINN FINNEGAN (Spencer Hill Press) will be released March 2013. The next book in the Finnegan series, GIDEON'S SPEAR (Spencer Hill Press) will be released February 2014.
She has also co-authored a non-fiction book for teens entitled MONEY AND TEENS with her husband, author Wes Karchut.
Goodreads
Facebook
Website
Twitter