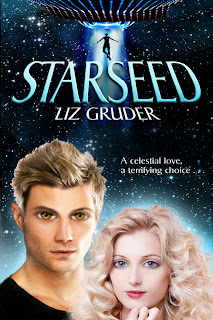 
Kaila Guidry has always known she is different. When she meets Jordyn Stryker at school, she finds out just how different.

Jordyn was born and raised far from Earth, a starseed, one of six new students sent to Louisiana's Bush High to learn human ways. But Jordyn didn't count on meeting someone like Kaila.

When Kaila is pushed to her limit by high school bullying and cruelty, Jordyn awakens her to a new reality—and to love. But to prove herself, Kaila must look the other way as the real purposes of the starseeds unfold.

As the horrific plan behind the starseed visit to Earth moves inexorably forward, Kaila and Jordan, caught in an impossible love, must determine where their true loyalties lie.


"After reading Starseed, my faith in YA sci-fi has been restored! ... I didn't want to put it down ... it had enough mystery and suspense to keep me going, page after page. Superb job 4.5 out of 5!"
-- The Forbidden Library Book Reviews

"I would recommend this book to all sci-fi lovers and, to those who aren't into it, take a chance. Who knows? You may love this book just as much as I did! Liz Gruder is definitely an author you should keep a look out for as she has great talent in writing and a huge imagination. Starseed was a wonderful read and very different from other books I've read. It was a very nice change from what I usually read and kept me enticed all the way."
--Starlight Book Reviews

"Interesting read. A lot like Roswell, but different. Gruder does a great job building the dark mystery of what the aliens are really up to on earth."
--Charity Bradford, sci-fi author, "The Magic Wakes"

“The story caught me off guard and won me over after the first chapter. The main conflict is a personal one for Kalia. Will she embrace her alien side or continue life as a human?”
--Pixie Dust Book Reviews﻿

Starseed is a fun sci-fi read with romance. It brings light to the cliques of high school, and challenges the main character, Kaila, to be herself, instead of how others expect her to be.
--Kerri Cuevas, YA Author "Deadly Kisses"

Since my book takes place on Earth, couldn't think of ten reasons to live in outer space. But I researched a lot about aliens, so hope this is an acceptable, fun Top Ten for you!

-----"TENALIENBANNER.jpg" HERE
While writing Starseed, the story of sixteen-year-old Kaila who is half-human, half-extraterrestrial, I did a lot of research on aliens. Kaila falls in love with Jordyn, who is also a hybrid, but was raised far from Earth. He, and his alien “hive” quietly invading the high school, personify alien traits from my research. Starseed features a few types of “known” aliens but with such a huge universe, there are bound to be unlimited forms of life. Here's a Top Ten Types of Aliens, with apologies if I left out your favorite ET.

1) Grays. The most commonly encountered aliens. Though there are variances on grays (from mushroom white skin, brown and even black), those with gray leathery skin are the most often seen. About 3 ½ feet tall, with large heads, black eyes, slits for noses and mouths, Grays appear in Starseed, too. They work in league with the hybrids invading a high school and why they’re here is explained.

------"alien.jpg" HERE
2) Hybrids. Both Kaila and Jordyn in Starseed are hybrids—they have alien DNA mixed with human. Most hybrids look human and you wouldn’t suspect that they’re here on Earth. That's the way they like it and what the hybrids are doing in Starseed . . . . Hybrids are extraordinarily intelligent. Kaila and Jordyn are telepathic and possess heightened mind abilities over “normal” students.

------"jordynstryker.jpg" HERE
3) Reptilians (Alpha Draconians). You don’t want to run into a Reptilian. You’re but an animal to them. Extraordinarily intelligent, telepathic, shapeshifters, reptilians can disappear into another density in a flash. They use the Grays to do their bidding. The Reptilians appear in Starseed, and provide a good scare.

--------"Reptilian.jpg." HERE
4) Nordic. Humanoid ETs that resemble Scandinavians (blonde, occasionally brunette). Some say Nordics are from the Pleiades, Vega, or Hyades. Telepathic and telekinetic, the most common encounters are tall, blonde and male.

-----"Nordic.jpg" HERE
5) Pleiadians are highly evolved, spiritual and benevolent, aiding humans to raise their consciousness. Priscilla, in Starseed, personifies this benevolent ET and seeks to help Kaila through her awakening and trials… These types of aliens exist in higher dimensions than ours.

------"priscilla.jpg" HERE
6) Arcturians. Said to be one of the most advanced civilizations in this galaxy. Arcturians preach “love and light” and telepathically message people to overcome negativity, fear and control. Love is the answer. When there's bullying in high school, as in Starseed, the haters need to get a dose of Arcturian love.

-----"arcturian.jpg" HERE
7) Sirius. Spiritual warriors, Sirians are said to have a strong connection with dolphins and whales. Sirius, a double star system in the constellation of Canis Major, was known to the Dogon tribe in Africa. Their mythology said they had contact with ETs and they knew of Sirius B (the second star) without technology.

------"Sirian.jpg" HERE
8) Andromeda. Fun loving, gentle, and giving, the Andromedans are benevolent aliens. Telepathic and empathic.  Said to have blue skin. The Hopi Indians talk about a race of blue-skinned star warriors.

-----"andromedan.jpg" HERE
9) MIB. The Men in Black, popularized by the movie, are said to be middle-aged men dressed in black suits, black hats and sunglasses. They often appear after a UFO sighting or alien encounter and intimidate people not to talk. With mechanical behavior and a monotone voice, it’s said they could be robots or androids working to protect the presence of ETs.

10)  Starseeds. A Starseed is a person whose soul or consciousness has originated from another galaxy or planet. Their mission to help people to evolve and grow here on Earth. Some call them Lightworkers or Indigos. Most are empathic, strong-willed and shake their heads at most Earth institutions and customs. Highly attracted to the stars, often creative and intelligent but not in a "school" sense. Like the Science Channel’s motto, they “Question Everything.”  My book Starseed, uses the term loosely, as Kaila and Jordyn are biological hybrids. In Starseed, Kaila encounters various types of ETs, and learns her own powers. While falling in love, she's forced to understand who she is, why she’s here, and make difficult choices. 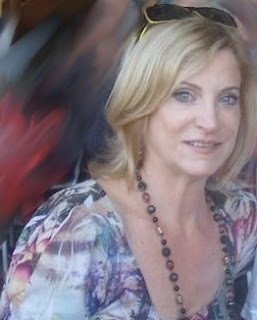 As a youth, Liz Gruder saw a series of UFOs with her best friend while riding bikes. Ever since, she’s held a fascination for the stars. An avid reader, she used to hide under her covers and read with a flashlight. She has degrees in English and Psychology from Tulane University, a nursing license and a yoga certification. After going through Hurricane Katrina in New Orleans, Liz realized how short life is and is now slowly fulfilling her bucket list: she’s been to the Egyptian pyramids (totally awesome and thought provoking) and is now teaching yoga and writing speculative fiction. Starseed is her debut novel.