Happy Saturday! What have you been reading this week? I've been busy trying to finish up some ARCs and blog tour reads. So let me show you what I've got on my plate:

I received this ARC from Spencer Hill Press last month and finally got around to finishing it today. My review will be posted in February since this book will be released in March: 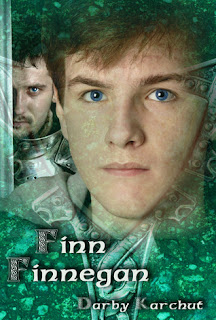 Title Finnegan: Finn Finnegan
Author: Darby Karchut
Expected Publication Date: March 12, 2013
Publisher: Spencer Hill Press
Finn (not bleedin' Finnegan) MacCullen is eager to begin his apprenticeship. He soon discovers the ups and downs of hunting monsters in a suburban neighborhood under the demanding tutelage of the Knight, Gideon Lir. Both master and apprentice are descendents of the Tuatha De Danaan, a magical race of warriors from Ireland. Scattered long ago to the four corners of the world, the De Danaan wage a two thousand year old clandestine battle with their ancient enemy, the Amandán, a breed of goblin-like creatures.
Now with the beasts concentrating their attacks on Finn, he and his master must race to locate the lost Spear of the Tuatha De Danaan, the only weapon that can destroy the Amandán, all the while hiding his true identity from his new friends, Rafe and Savannah, twins whose South African roots may hold a key to Finn's survival. Armed with a bronze dagger, some ancient Celtic magic, and a hair-trigger temper, Finn is about to show his enemies the true meaning of "fighting Irish."

I received this book from the author to read and review for a blog tour I'm taking part of. I am just over 1/2 way through it and expect to be able to be done this weekend. My review will be posted January 12th for my blog tour stop! 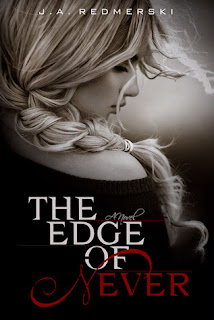 Twenty-year-old Camryn Bennett had always been one to think out-of-the-box, who knew she wanted something more in life than following the same repetitive patterns and growing old with the same repetitive life story. And she thought that her life was going in the right direction until everything fell apart.Determined not to dwell on the negative and push forward, Camryn is set to move in with her best friend and plans to start a new job. But after an unexpected night at the hottest club in downtown Raleigh, North Carolina, she makes the ultimate decision to leave the only life she’s ever known, far behind.With a purse, a cell phone and a small bag with a few necessities, Camryn, with absolutely no direction or purpose boards a Greyhound bus alone and sets out to find herself. What she finds is a guy named Andrew Parrish, someone not so very different from her and who harbors his own dark secrets. But Camryn swore never to let down her walls again. And she vowed never to fall in love.But with Andrew, Camryn finds herself doing a lot of things she never thought she’d do. He shows her what it’s really like to live out-of-the-box and to give in to her deepest, darkest desires. On their sporadic road-trip he becomes the center of her exciting and daring new life, pulling love and lust and emotion out of her in ways she never imagined possible. But will Andrew’s dark secret push them inseparably together, or tear them completely apart?

I will be starting this book this weekend. It comes out January 8th, but I just have not gotten around to reading the ARC yet! I hear good things, though, and I'm loving the books Disney is putting out! 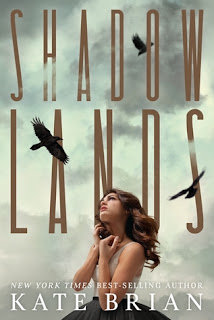 Rory Miller had one chance to fight back and she took it. Rory survived… and the serial killer who attacked her escaped. Now that the infamous Steven Nell is on the loose, Rory must enter the witness protection with her father and sister, Darcy, leaving their friends and family without so much as a goodbye. Starting over in a new town with only each other is unimaginable for Rory and Darcy. They were inseparable as children, but now they can barely stand each other. As the sisters settle in to Juniper Landing, a picturesque vacation island, it seems like their new home may be just the fresh start they need. They fall in with a group of beautiful, carefree teens and spend their days surfing, partying on the beach, and hiking into endless sunsets. But just as they’re starting to feel safe again, one of their new friends goes missing. Is it a coincidence? Or is the nightmare beginning all over again?

And Finally, how excited was I to receive this ARC from Spencer Hill Press yesterday? I had heard they went out, but I wasn't expecting it for a few more days. So I am SLOWLY reading this one, to savor it (although this is hard and I'm already almost 1/2 way through!). 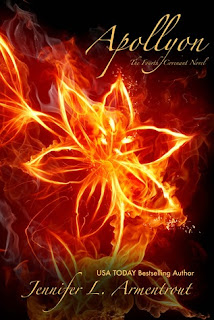 Fate isn’t something to mess with… and now, neither is Alex.Alex has always feared two things: losing herself in the Awakening and being placed on the Elixir. But love has always been stronger than Fate, and Aiden St. Delphi is willing to make war on the gods—and Alex herself—to bring her back.The gods have killed thousands and could destroy entire cities in their quest to stop Seth from taking Alex’s power and becoming the all-powerful God Killer. But breaking Alex’s connection to Seth isn’t the only problem. There are a few pesky little loopholes in the whole “an Apollyon can’t be killed” theory, and the only person who might know how to stop the destruction has been dead for centuries.Finding their way past the barriers that guard the Underworld, searching for one soul among countless millions, and then somehow returning will be hard enough. Alex might be able to keep Seth from becoming the God Killer… or she might become the God Killer herself

So this has been my week. How about you? What has been on your reading palate this week?
Have a great weekend, everyone!
at 12:01 AM