Today I am very excited to welcome author Debbie Behan to The Cover Contessa! Debbie has graciously agreed to answer some of my most pressing questions for all authors!
Debbie's book Cloud Riders is a fantastical Greek mythology romance! 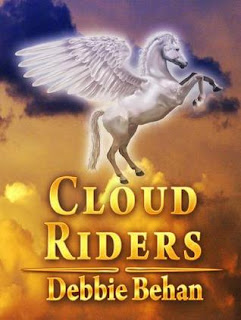 Title: Cloud Riders
Publisher: Bookpal
Publication Date: January 25, 2012
Buying links: Amazon, Barnes and Noble
Cassie is left to die in a dust ridden wilderness. Cast out by family, she finds herself entwined in the lives of an elite group of intergalactic perpetual warriors that maintain the fragile balance of peace in the Universe. Fabulous adventures take them to far off galaxies where powerful and magical lords rule their worlds, full of conflicts and raw emotions, forever playing a high-stakes game. Kayden is the leader of the superior group of peace enforcer's and not only struggles to keep his team alive, but to hold on to the love of the most powerful woman the galaxies have ever known. 'Hold on as the Cloud Riders take flight 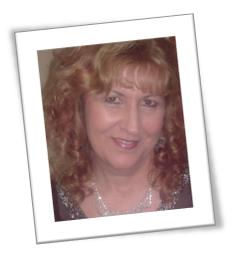 Once upon a cloud …
Debbie was born in Tallangatta, Australia in October 1957. In 1969, Debbie's father opened a curtain business in Wodonga so along with her mother, four sisters and one brother, they moved and attended Wodonga High School.
Later Debbie was to find that over the next 30 years she would move many times, travelling throughout Western Australia, back to Victoria, up to New South Wales and lastly to Queensland where she still resides. During her working life Debbie traveled to many interesting destinations, meeting many colourful personalities.   This later inspired her to write fantasy stories that paid tribute to all those characters she and her beautiful daughter, Jody had to leave behind.
When Debbie is not writing, she dances Latin and Ballroom with her adorable husband Shaun, or you may see her chilling out with a fishing rod. Her favourite animal is a dog and her Akita, Benson she believes is true canine gentleman. Even the way he eats is far from doggy gulping and his mannerisms are old worldly and kind.

Thanks so much for stopping by today, Debbie! If you'd like to learn more about Debbie, you can follow her at these links:
Debbie on Twitter
Debbie's Webiste
at 3:01 AM