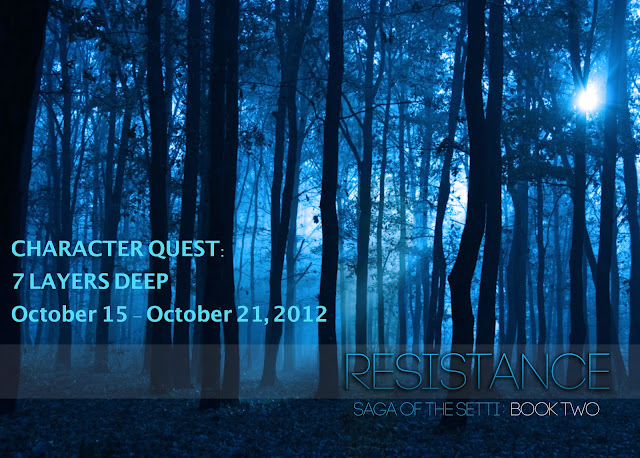 Today we're moving on the day #5 of the Resistance Character Quest. We're gonna be having a little chat with Michael today! 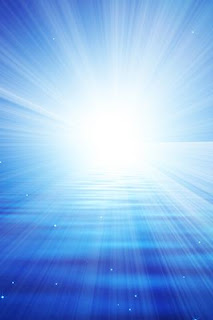 Michael's Bio:  Guardian for Herrald’s clan, there is one word that describes Michael—confident. Some might say he’s cocky, but he doesn’t think so. A motto he lives by? “Know what you want in life then go for it.”

It's so great to have you stop by here today, Michael. We want to welcome you and hope you can break the BUBBLE of curiosity we hold about you! On with our questions!

Well, I’m not a big reader, but our English teacher once made us read Les Miserables by Victor Hugo. That story has always stuck with me. Jean Valjean was a good guy, but was corrupted by a cruel world, becoming sort of heartless after a 19-year stint in prison for stealing a loaf of bread. When he finally leaves prison, one man teaches him that anyone can change from bad to good, from darkness to light. Valjean ends up doing just that. I love this kind of story. I have to believe that there is redemption for anyone, no matter what dark path they are on.


What do you miss most about high school?

I miss football the most—the guys, my coaches, my best friend, Daniel. There was something about being on that field with my offensive line, calling out plays in the huddle, hearing the crowds in the stands and the coaches calling from the sidelines that made sense to me. Everything was simpler, easier to figure out. Now, the world’s upside-down and we don’t know what’ll happen from one day to the next.


What’s a quote that would represent your life right now?

I remember this guy reciting a monologue from Henry V on Speech Night the very week before the Reapers came. His words are constantly in my head. Well, I guess they’re actually Shakespeare’s words. He said, “From this day to the ending of the world, we in it shall be remembered. We few, we happy few, we band of brothers; for he today that sheds his blood with me shall be my brother.”

Yeah, that’s how I feel these days, but it goes for the girls, too. I feel tied to the Setti. We’re in this together till the end.

What is a special childhood memory?

Daniel has been my best friend since 1st grade. Even then he was a big kid. He’s always been the big kid. He’s also always been the nice guy. Well, Daniel and I lived about a block apart. When we were in 5th grade, I remember there was this middle-school bully that lived in a house between ours. What was his name, Gary or Jerry, something like that.

One day, I was waiting for Daniel to meet me at my house, and he was taking forever. So I got on my bike and rode after him. Halfway there, I see Gary what’s-his-face with two other scrawny kids surrounding Daniel, throwing globs of dirt at him. Daniel’s just standing there, taking it, even though he was bigger than all of them.

So I rush into the circle, pushing one of the kids to the ground and asked Daniel what was going on. He sort of whispered that his mom told him it was bad to fight. I told him there was always a time to fight and this was that time. It was like a light went off. Daniel pushed skinny kid #2 to the ground then punched Gary right in the nose. Gary squealed like a girl and ran off.

That might seem odd to define a “special childhood memory,” but I’m fond of it, because it was the day Daniel stood up for himself and never looked back. Yes, he was still the nice guy, but no one tried to pick on the “big guy” after that.


What draws you to Clara? Do you think she feels the same?

What’s not to draw me? Number one, there’s undeniable chemistry between us. She’s hot, and well, she seems to like what she sees in me. It’s kind of obvious the way she looks at me all the time. Number two, we’re both Guardians. We just fit in every way.

And yes, she definitely feels the same way. No doubt.

Michael your answers to these questions were certainly enlightening! Thanks so much for stopping by and spending time with us!

If you'd like to purchase a copy of Resistance, click on one of the following links: Amazon, Barnes and Noble

Stop by tomorrow to meet and hear all about Sonya!
Please visit these other blogs to show your support: