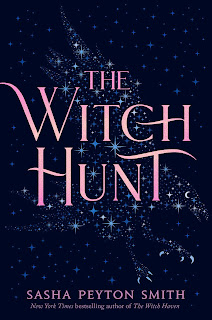 The lush and pulse-pounding sequel to the New York Times bestselling The Witch Haven follows Frances and her fellow witches to the streets of Paris where family secrets, lost loves, and dangerous magic await.Months after the devastating battle between the Sons of St. Druon and the witches of Haxahaven, Frances has built a quiet, safe life for herself, teaching young witches and tending the garden within the walls of Haxahaven Academy. But one thing nags; her magic has begun to act strangely. When an opportunity to visit Paris arises, Frances jumps at the chance to go, longing for adventure and seeking answers about her own power.Once she and her classmates Maxine and Lena reach the vibrant streets of France, Frances learns that the spell she used to speak to her dead brother has had terrible consequences—the veil between the living and the dead has been torn by her recklessness, and a group of magicians are using the rift for their own gain at a horrifying cost.To right this wrong, and save lives and her own magical powers, Frances must hunt down answers in the parlors of Parisian secret societies, the halls of the Louvre, and the tunnels of the catacombs. Her only choice is to team up with the person she swore she’d never trust again, risking further betrayal and her own life in the process.
Title: The Witch Hunt (The Witch Haven #2)
Author: Sasha Peyton Smith
Publisher: Simon and Schuster Books for Young Readers
Published: 10/11/22

I want to thank NetGalley and Simon and Schuster Books for Young Readers for supplying me with an e-galley of this book to read and give my honest review.

If you've not read the first book in this series, don't pick this one up yet! You definitely need the background from book 1 to understand what is happening and to make sense of what they refer back to.

Did I enjoy this book? Yes, actually much more than the first one, though my rating is the same. I love the idea of the witches. And this one is set in France, which seemed like it would be fun. I will say I stand by my thoughts on this series that it is definitely meant for the younger YA crowd.

The setting: I definitely could have used a more lush description of France. It's Paris after all. And Paris is amazing (I should know as I've been there). There is so much to describe about the streets, the houses, just about anything. Do I understand this was set in a time when I didn't see Paris, I sure do. But I still know there could have been more description to make me feel like I was actually in another country.

The characters: Were the same. Frances as the main. Still kind of whiny, not easy to connect with. But still a good addition to the story. I love her troubles she's having and how she tries to go about figuring out what is wrong. The re-introduction of our "villain" from the first book is a good twist, though expected. And the addition of a few new characters put a nice spin on things. I particularly enjoyed the blossoming friendships between Frances, Lena, and Maxine. They look out for each other and it seems would do anything to keep each other safe. The love story falls short for me. It just doesn't seem true from Frances end. Is she truly in love with him or does she want normalcy and he's it?

The plot: It was a bit short sighted for me. The reintroduction of Finn could have been done better. He was our villain in the first book but this book he seems to want to make some amends, But it doesn't really work and then gets kind of squashed.

Unfortunately this book fell short of developing in the way I would have liked.

There is definitely a set up for a third book here. I'm sure I will read it because I hate to leave series unfinished if I can help it. 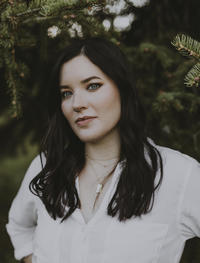 Sasha Peyton Smith is the New York Times best selling author of The Witch Haven and The Witch Hunt. She’s passionate about well-curated road trip playlists, soup recipes, and stories about complicated girls. Originally from Utah, she now lives in Washington D.C. with her partner and collection of porcelain hands.