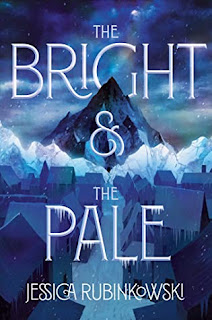 Seventeen-year-old Valeria is one of the only survivors of the freeze, a dark magical hold Knnot Mountain unleashed over her village. Everyone, including her family, is trapped in an unbreakable sheet of ice. Ever since, she’s been on the run from the Czar, who is determined to imprison any who managed to escape. Valeria finds refuge with the Thieves Guild, doing odd jobs with her best friend Alik, the only piece of home she has left.That is, until he is brutally murdered.A year later, she discovers Alik is alive and being held against his will. To buy his freedom, she must lead a group of cutthroats and thieves on a perilous expedition to the very mountain that claimed her family. Only something sinister slumbers in the heart of Knnot.And it has waited years for release.
My Review:
I want to thank Net Galley for providing me with a copy of this book to read and review.
I was excited to read this book, I don't know much Russian folklore and wanted to really learn some of it. Unfortunately, this one missed the mark. There may be spoilers ahead.
Let me start with the characters; I had no connection at all. I didn't feel that even the main character was fleshed out enough to help me be invested in her. I wanted to like the main character, Val, but I just could not picture her in my mind. I also found her to be quite winey. And every other chapter she had huge self-doubt but suddenly at the end she was full of power and self-assured. I would have liked to see more of a progression with this. As for the other characters: flat. The author tried to give back story on them. The relationship between Valeria and Luisa. I wanted to understand it more. But we see Luisa at the beginning than never again. So even though Val is trying to tell us how they were like mother and daughter, I just didn't feel it. Same with Alik. I just don't see their connection; like where is the budding romance and the googley eyes you always wish for when there is romance involved? It wasn't in this book. The only connection I see is they grew up together, but there are no back scenes to truly show us how they bonded and how her feelings changed for him over time.
As for the Russian folklore, I don't feel it was well researched. I know it's something about Gods, but I don't have much of an idea of the backstory. Val spent maybe a page or so giving us some background, but it never really showed me what it means to all those that live in her small town. And the build up to the introduction of the Pale God is wishy washy at best. The author barely skimmed at the mythology associated with this book, I still don't know anymore about the Russian folklore behind this book than I did when I started it, unfortunately. Adding more layers would have helped me understand the underlying concept of the book and why it progressed as it did.
The pace was slow, though it did pick up at the 75% mark. But for me that's too long to wait for something interesting to happen in a book.
The writing is absolutely that of a debut author. It needs more fine tuning.
On the plus side, the cover is gorgeous, which is what drew me initially to look at the book. And the blurb is what drew me to want to read it. I'm a sucker for a good fantasy.
Overall, I was disappointed in this book and I don't see myself reading the follow up. 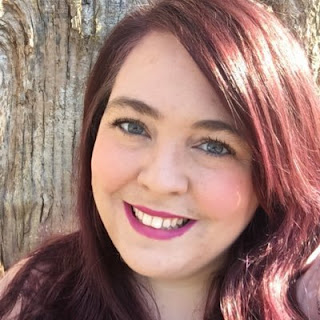 Jessica Rubinkowski grew up in the fields of Illinois beside a haunted house. A fan of never sitting still, she picked up Scottish dancing, horseback riding, and general herb lore. Now, when not creating fantastical words to throw her characters into, she can be found baking or gardening. She lives in Central Illinois with her family and far too many pets to keep track of.
at 11:13 AM