Check out my stop on the blog tour for A Circle of Firelight by Curtis Edmonds! 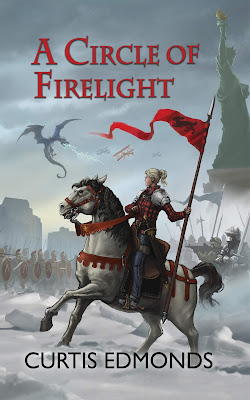 On the battlefield of dreams, the strongest weapons are imagination--and love.
Ashlyn Revere is a bright, determined and resourceful college graduate trying to get a job in publishing. When Ashlyn and her sister Penny are left comatose after an automobile accident, they find themselves in Summervale, a beautiful and perilous realm straight from the pages of fantasy novels--which is ruled by a mysterious Dark Lord.
When Ashlyn discovers that Penny is being held captive, she enlists the help of a talking black rabbit and a scarlet knight to save her sister. She learns that Penny is deep within her own fantasy of Regency romance—and that she sees being in a coma as a way to escape from her daily struggles with cystic fibrosis. Ashlyn tries to rescue her anyway, but a fire-breathing dragon and a real-world seizure complicate her plans.
As Penny recovers from her injuries and leaves Summervale, Ashlyn is rescued by a servant of the Dark Lord who promises to show her just how precarious her own medical situation is. In the real world, Ashlyn’s medical condition has worsened, forcing her doctors to consider risky surgery. Ashlyn rejects an offer from the Dark Lord to remain in Summervale forever, and chooses to raise an army of knights to fight for her freedom and independence.
Penny must face a choice of her own. As Ashlyn hovers between life and death, Penny learns that Ashlyn would be a good match to provide the donor set of lungs that Penny needs to free her from the constraints of cystic fibrosis.
As doctors battle to save Ashlyn’s life, she leads her forces against the Dark Lord in a desperate conflict in the streets of an imaginary Manhattan—while Penny must find the answer to her own destiny in a dying circle of firelight. Can the sisters rescue themselves—and each other?
A CIRCLE OF FIRELIGHT blends postmodern fantasy and real-world emotional conflict in a daring tale that will delight adult and young adult readers alike.

Advance Praise:
What Edmonds does especially well is to sprinkle fantasy and pop-culture references throughout, making the volume accessible even to readers who aren’t genre fans. What results is a charming tale that allows every reader to smile knowingly. A sturdy, well-crafted, and vibrant fantasy. -- Kirkus Reviews

The execution is for the most part charming and clever, with lively dialogue, easy pacing, and fleshed-out protagonists... Edmonds’s novel evokes the magic of portal fantasies while grounding it with emotionally resonant relationships." -- Booklife 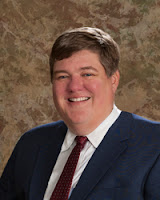