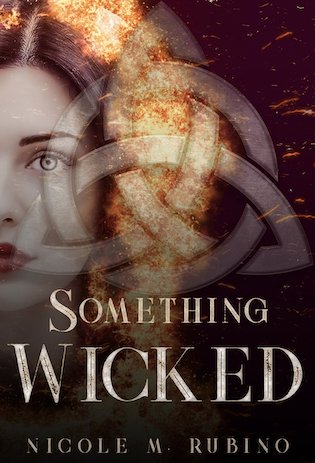 
A break-up and a car accident are no way to begin your seventeenth birthday.
For Theo Montgomery, that is exactly how it began. Her bad luck turns worse when she returns home from a school dance to find her home engulfed in flames – with her parents still inside.
Theo is sent to live with her estranged aunt, Elizabeth, in Salem, Massachusetts. Salem proves to offer many new discoveries, one of those being that Theo, like her aunt, is a witch. A witch who must keep her magic in check, lest the Town’s witch hunters discover that magic has returned to the world after more than three hundred years. But how can she navigate a new school, new magical powers and avoid the witch hunters, when she finds herself enjoying the company of one?
Trystan de Lancre is a dangerous witch hunter and the only son of the Salem witch hunter clan leader, the notorious Joseph de Lancre. Despite his growing feelings for Theo, Trystan has his own reasons for getting close to her – and they are far from romantic. Yet, Trystan isn’t the only one keeping secrets. Theo knows her aunt is hiding something, something linked to the tragedy that happened in Salem long ago, and to Theo, herself.
Salem’s dark past rises to haunt Theo and the present-day witches, unraveling a shocking revelation: the true cause of the Salem Witch Trials.

Goodreads / Amazon
—
EXCERPT:
Theo made her way down Essex Street, heading toward the center of the Town. There didn’t seem to be many shops this far down, and she wondered why Elizabeth hadn’t dropped her off further in the city.
Because she doesn’t trust you not to go into that bookstore to find Trystan, a voice reminded her.
Slightly disgruntled at that, she walked for a good five minutes, taking in various little shops and admiring the cobblestone street. She questioned when she would come upon a storefront she might be interested in, when a large figure came from around the corner and collided with her. She grimaced as her face landed directly on the hard bone of someone’s sternum.
“Ouch!” she exclaimed, rubbing her nose where it struck the individual, and felt strong fingers lay upon her arms to move her back.
Theo heard a small chuckle. “This isn’t exactly how I pictured getting you in my arms.”
She recognized the voice instantly, her eyes darting upward. “Trystan,” she breathed.
“In the flesh, I’m afraid. Sorry about pummeling into you. It was just payback.” His wide grin reached his sparkling eyes, making the features of his face more beautiful.
She was distracted, her eyes outlining his chiseled cheekbones and strong jawline, complete with a set of lips that looked perfect for kissing.
“Remember, you nearly killed me with a stack of books?” He must have mistaken the silence of her admiration of him for confusion.
“That’s right. I suppose it’s only fair.” She shrugged, hiding a smile.
The way he was looking at her gave her a fluttery sensation in her stomach. Once more at a loss for words, she bit her bottom lip and started twirling a strand of unruly dark hair around her finger.
“Where are you heading?” he asked, eyes now focused on her lips.
“I’m not really sure,” she admitted. His features contorted into a mask of puzzlement as she continued, “I was taking a walk, trying to explore more of Salem.”
“There isn’t really much to see this far down Essex Street,” he responded, still looking perplexed.
“My aunt is at the Athenaeum for a few hours. I walked from there.”
Trystan’s eyebrows rose in understanding, his eyes twinkling with intrigue. “You’re alone?”
She nodded. “For a little while, at least.” The corners of her mouth turned up in anticipation of what he would say next.
“Would you like some company? I can show you around. I’ve lived here all my life.”
Theo hesitated. Her aunt’s cold grey stare was visible in her mind’s eye, as well as the feeling of unease at disobeying her aunt’s request.
That you stay away from the bookstore . . . Theo replayed the conversation from this morning and the day before, realizing that in fact, her aunt had not specifically demanded to stay away from Trystan, but rather to stay away from the bookstore.
You know damn well that’s not what she meant, her own voice of reason argued. But seeing the way Trystan’s white thermal sweater hugged the muscles visible underneath, she made her decision:
“That would be great. Thank you.”
He flashed a heart-stopping smile, and she nearly melted.
“This way.” He held out his hand and stepped back, allowing her to pass first. His etiquette reminded her of the gentlemen she had read about in books written by the likes of Jane Austen–gallant and courtly. He lightly placed his hand on the small of her back to guide her; the small touch sending jolts of electricity throughout her entire body.
Trystan led her around the corner and stopped in front of an ominous looking sports car. It wasn’t sleek and refined the way she remembered Tali’s BMW. Trystan’s car had a rugged, dangerous look to it, and she briefly wondered if boys picked cars the way girls picked shoes, as extensions of their own personalities.
Theo reached forward to grab the handle, but Trystan was there first, opening the door for her. She thought this old-fashioned gesture had disappeared, along with returning text messages and phone calls.
“I see chivalry isn’t dead in Salem,” she commented as she nestled into a black leather seat that was even darker than the color of the car.
He paused to look at her, one hand still on the door frame and the other twirling his keys. “You will find there are a lot of things that aren’t dead in Salem,” he replied with a mischievous smirk and shut the door.

Author Bio:
Hello! I'm Nicole Rubino, author of Something Wicked, the first in a four-book series about witches, witch hunters, and everything in between!
I fondly remember Roald Dahl's James and the Giant Peach as the first book that took me on an adventure, and so, I fell in love with reading and writing fantasy. Another one of my favorite books by Dahl should come as no surprise: The Witches.
My equal love for history propelled me to dive further into the witch hunts throughout Europe and the witch hunts in Salem, which is where I got the idea for my debut novel.
Authors I love and whom inspire me are Leigh Bardugo, Holly Black, Sarah J. Maas, Jay Kristoff and Pierce Brown.