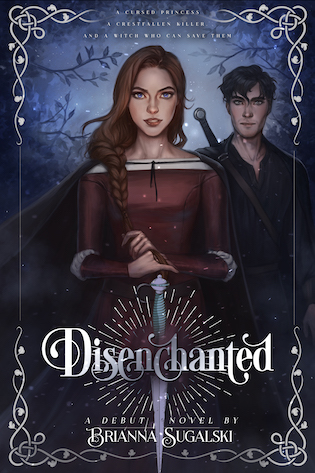 
Centuries ago, the flames of a terrible war engulfed the sprawling wildwood of Brittany, displacing hoards of monsters in its wake. These beasts fled to the remaining patches of forest, the largest known as Brocèliande—home to the elusive Fae, and within unsettling proximity to the mortal kingdom.
***
A Breton princess at the peak of the French Renaissance, Lilac lives prisoner in her parents’ castle after a wicked secret is revealed on the eve of her tenth birthday soirée. Years later, her coronation ceremony looms, and between the riotous townsfolk and scheming nobleman bent on snatching the throne, Lilac prepares for the worst… Until a mysterious letter arrives from The Witch of Lupine Grotto, detailing a curious offer to cure her darkness forever.
Lilac begrudgingly trades her coronet for a cloak and ventures into the forest Brocéliande in pursuit of the impious enchantress at the edge of town. With only the protection of an inherited dagger—and unsolicited help of the gregarious stranger who inserts himself on her quest—she must traverse Brocèliande and return in time to claim her rightful position as sovereign monarch.
This is the story of a cursed princess,
A crestfallen killer,
The town that wants them to burn,
And the witch that can save them both. 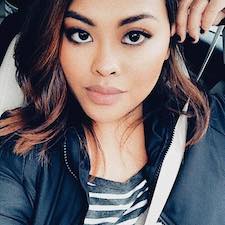 Author Bio:
With an education in Mass Communication—and an engrossment in all that is curios, conundrum, and bewitching—Brianna Sugalski is a writer and blogger for The Parliament House Press. Previously, she was a contributor for Lifestyle & Fashion online magazine, Sarah Scoop, and also served as Copy Editor and Editor-In-Chief at her school publications. All this time spent writing paid off; her New Adult/ Dark Fantasy novel, DISENCHANTED, was recently acquired for publication, and is slated for release in Spring of 2020.

Brianna was born and raised on the island of Oahu, Hawaii, but now travels every few years with her husband and two children. As the first writer in a family whose majority works in the medical field, she also feels an important calling to heal others as an artist—though she is content doing so through the often underestimated power of communication. She admires many luminaries of the Victorian Era; the romanticism of period literature has inspired her to paint vibrant settings of nature and narratives that readers will hopefully enjoy.
Ultimately, she aspires to make readers laugh, to challenge their perspectives and to help them discover the magical meaning of their own powers within.