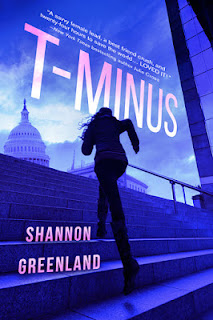 I am the daughter of the first female POTUS, and today is about to become the longest day of my life…

24 hours—that’s how much time I have to save my mother before terrorists assassinate her. But now my father and brother are missing, too. This goes deeper than anyone thinks. Only someone on the inside would know how to pull this off—how to make the entire First Family disappear.

I can't trust anyone, so it’s up to me to uncover the conspiracy and stop these madmen. Because little do they know, they picked the wrong person to terrorize.

My name is Sophie Washington, and I will not be a victim. No one, I repeat no one, is taking me or my family down. But the clock is ticking…

Purchase Links can be found HERE! 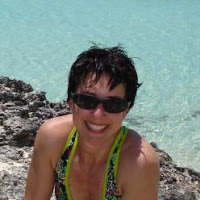 About the Author
Shannon Greenland, or S. E. Green, is the award winning author of the teen thriller, Killer Instinct, a YALSA Quick Pick for Reluctant Readers; the teen spy series, The Specialists, an ALA Popular Paperback and a National Reader’s Choice recipient; and the YA romance, The Summer My Life Began, winner of the Beverly Hills Book Award. Her books have been translated into several languages and are currently on numerous state reading lists. Shadow of a Girl is her latest novel and due out 9.19.16. Shannon has participated in and served as a guest speaker at festivals and conferences around the country to include but not limited to the LA Times Book Festival, American Library Association, Book Expo of America, Bouchercon, Romance Writers of America, RT Book Convention, Young Adult Keller Book Festival, Southern Festival of Books, and many more. Shannon grew up in Tennessee where she dreaded all things reading and writing. She didn’t even read her first book for enjoyment until she was twenty-five. After that she was hooked! When she’s not writing, she works as an adjunct math professor and lives on the coast in Florida with her very grouchy dog.