Blog Tour: Risking It All by S.M. Koz @SM_KOZ 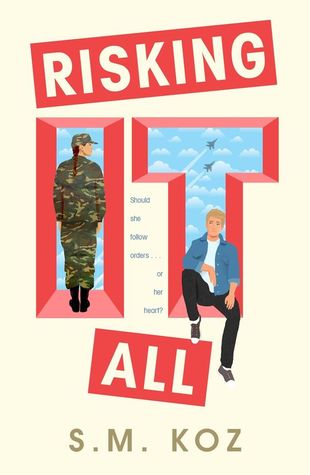 
A high-achieving teen who’s determined to become a fighter jet pilot is matched up with an accused criminal at an elite military boarding school in SM Koz’s YA novel, Risking It All.
Paige knows exactly what she wants—to graduate from Wallingford Academy and become a pilot in the US Air Force. She’s inherited her father’s no-nonsense attitude and whip-smart intelligence, all of which have made her the perfect Wallingford cadet.
Wallingford Academy is the last place in the world Logan wants to be. But after his girlfriend borrows his car and commits a crime, Logan takes the fall and ends up there with hopes of striking a decent plea bargain. For him, graduation can’t come soon enough.
When Paige is asked to mentor Logan, it’s the perfect opportunity to prove her leadership skills—but she doesn’t account for the feelings that start to develop or the baggage from Logan’s past which could threaten both of their futures.

This is an interesting question because throughout the book Logan was desperate to avoid prison but at certain points wondered if his life at Wallingford was any different than prison would be. To him, they both removed all his freedom.

As far as researching these institutions, I have a lot of family and friends with a military background, so that part was fairly easy. Granted, they were all enlisted as adults, rather than enrolled at a military boarding school as teens. Still, they were able to give me a good idea of what the customs and courtesies at a school would be, help me with terminology, and fill in some background information for my characters’ families. I also watched movies like Taps and a Few Good Men to get in the right mindset. For the more nuanced details at Wallingford Academy, I used information I found online for a Naval boarding school. They had a very detailed handbook, which helped immensely.

The criminal part was a bit harder since I don’t have any close friends or family who have been accused of a serious crime and/or incarcerated. I do, however, have friends who are lawyers and paralegals and I relied on them throughout the writing process. I also have limited courtroom knowledge from being a foster and adoptive parent, so I was able to draw on those experiences to some degree.

It’s not surprising Logan sometimes felt like Wallingford was prison, since both have detailed routines, standard-issued clothing, limited food choices, strict rules, and a hierarchical system. However, the purpose of this structure differs between Wallingford and prison. In prison, it’s mainly used to remove freedoms as retribution and deterrence. At Wallingford it’s used to help students develop strong time management skills, proper respect for others, a sense of responsibility, and a sense of honor, all of which help them excel in the real world after graduation. For cadets who know and appreciate this, the structure is acceptable and even welcomed, especially with the weekend breaks to be a “normal” teen. For those who don’t, like Logan, every single day can feel like prison. Of course, Wallingford has a way of growing on even the most disillusioned cadet. 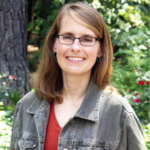 Author Bio:
SM Koz was born in Michigan, but moved to North Carolina for college and never left. She enjoys traveling, camping, hiking, photography, reading, spending time with foster kids who call her house home, and learning new things. When she’s not creating online training for pharmaceutical companies (her day job) or writing, Koz can be found at the local community college taking courses on various topics ranging from digital art to HTML to desktop publishing. SM Koz has written six novels. Although her stories differ by genre, ranging from contemporary realism to sci-fi to fanfiction, two things they all have in common are a young or new adult focus and romance. If you’d like to learn more about SM Koz, check her out on social media.