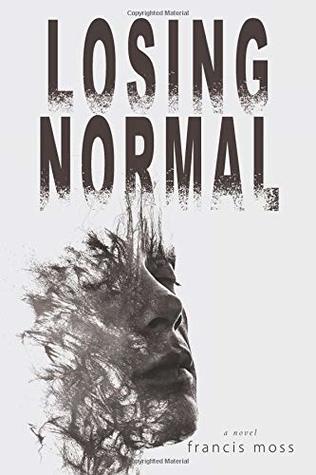 
Everyone we love, everything we know, is going away… and only an autistic boy can stop it.
Alex knows exactly how many steps it takes to get from his home to Mason Middle School. This is normal.
Alex knows the answers in AP math before his teacher does, which is also normal.
Alex knows that something bad is coming out of the big screen in his special needs class. It’s pushing images into his head, hurting him, making him forget. Alex pushes back, the screen explodes, and nothing is normal any more.
Giant screen televisions appear all over the city. The programming is addictive. People have to watch, but Alex cannot.
Sophie, the sentient machine behind all this, sees the millions and millions of eyeballs glued to her and calls it love. To Sophie, kids like Alex are defective. Defectives are to be fixed…or eliminated.

1. Did you always know you wanted to be a writer or did you want to be something else?
One of my earliest memories: I was sitting at the dining room table in the house where I grew up, writing a story on my parents’ Underwood typewriter. My eyes were just about on a level with the top of the typewriter (I think five or six years old maybe?). So I guess that was a pretty early decision on my part for who I wanted to be. I didn’t take myself seriously—or even semi-seriously—as a writer until college, when I wrote for the school newspaper and a couple of underground rags. I wrote a deservedly unpublished book about Berkeley in the 60s, but that was it until I moved to LA and began writing for television.
2. How long does it take you to write a book from start to finish?
Too long. I envy writers who can turn out two or three books a year. Losing Normal, from the germ of the idea until publication, took 4 years. I will finish my second novel, KillGirl, by March, but have been working on it since 2016. Maybe by the time I’m in my eighties, I’ll be able to write a book in one year. The next book—Tommy Collins: One Lad’s Adventures—is for middle grade readers, so it’ll be shorter. I have hopes.
3. How do you come up with themes for your stories?
My stories come to me as events, or scenes, maybe because of my screenwriting background. Sometimes, as with Alex, as characters. But the themes kind of wind up in my writing in spite of me.
I did one of those DVD extras video interview for a television show I’d written and story-edited, and the interviewer asked, “What made you decide to write an episode about freedom of speech?”
I replied: “I did?”
4. Do you have a schedule of when you write?
I write in the mornings. I’m an early riser, so I can get a fair amount done before the sun is up.
5. How are you able to balance other aspects of your life with your writing?
I’m good at juggling and putting things off.
6. What elements do you think make a great story line?
My favorite stories usually involve a fish out of water, an underdog, or an unimaginable peril. A screenwriter once told me (I think it wasn’t original with him) to think about stories in the light of the three act structure: in Act One, get your hero up a tree; in Act Two, throw rocks at him; in Act Three, get him out of the tree. A writing teacher’s favorite meme was “something of importance must depend on the outcome.”
7. What was the hardest thing about writing a book?
Rewriting. Over and over and over again. Then struggling to decide if it’s good enough.
8. How many books have you written so far? Do you have a favorite?
A long time ago, I wrote (with my then-writing partner, Ted Pedersen, who died a few years ago) three non-fiction, how-to books for kids, all traditionally published. On my own, a few years later, I wrote a middle-grade – young adult history of the Rosenberg espionage case, also traditionally published.
9. Do you have a favorite character?
I love Alex, but have an affection for hard-ass Sara, kind of identify with Mr. Crumley, and even feel a little sorry for Sophie.
10. Where do you write?
In my combination office/man cave/TV room/ laundry room.
11. When deciding on how to publish, what directed you to the route you took?
One hundred-plus rejections from agents was kind of a motivator.
12. Have you gotten feedback from family about your book(s)? What do they think?
My wife, Phyllis, was an early reader and when I realized that something in the book wasn’t working, remains fond of telling me, “I told you so.” But she loves the book.
13. What kinds of things do you like to do outside of writing?
Travel, making things for the house, active in local politics.
14. What kinds of advice would you give to someone who wants to start writing?
All the clichés come to mind: “write every day,” “kill all your darlings,” “good writing is rewriting.” I would add to those, find a group of writers to share your work with.
15. What is your favorite book? favorite author? Do you have an author that inspired/inspires you to write?
I started reading very young, with flashlight under the bedcovers. I have a hundred or more favorite books and authors, each with different things to admire. I think what inspires me may be in the nature of a compulsion; I wouldn’t know what to do if I weren’t writing.
16. Do you have any go to people when writing a book that help you with your story lines as well as editing, beta reading and such?
I belong to a local writers group, meeting twice monthly, and persuaded/nagged three fellow writers to give me feedback on early drafts of Losing Normal.
17. Are you working on anything now?
I’m about 50,000 words into a third draft of KillGirl.
18. Tell us 5 things that make you smile.
A good day of writing, a good book review, Ernie Kovacs, Laurel & Hardy (is that one thing or two?), living close to nature, listening to my wife and her fellow musicians play.
19. Tell us 5 things that make you sad.
The state of our government, the fear and hatred that divide our country, getting old, losing friends, knowing I’ll never be able to time travel.
20. If you could travel anywhere in the world to visit a place so you could use it as a background for a book, where would it be?
I have two trips in various stages of planning: Brooklyn, for research on KillGirl, and England, for research on Tommy Collins. 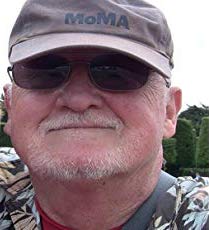 Author Bio:
Francis Moss has written and story-edited hundreds of hours of scripts on many of the top animated shows of the 90s and 00s. Beginning his television work in live-action with Buck Rogers in the 25th Century, he soon starting writing cartoons ("a lot more jobs, and also more fun"), staff writing and freelancing on She-Ra, Princess of Power, Iron Man, Ducktales, and a four-year stint on Teenage Mutant Ninja Turtles, writing and story-editing more episodes than you can swing a nuchaku at.
One of his TMNT scripts, "The Fifth Turtle," was the top-rated script among all the 193 episodes in a fan poll on IGN.COM. A list of his television credits is at IMDB.COM.
Francis, in partnership with Ted Pedersen, also wrote three middle-grade non-fiction books: Internet For Kids, Make Your Own Web Page, and How To Find (Almost) Anything On The Internet. Internet For Kids was a big success, with three revised editions and twelve foreign language versions. He's the sole author of The Rosenberg Espionage Case.
After high school where he grew up in Los Angeles, Francis had one dismal semester at a junior college, and then enlisted in the Army. He became a military policeman and served in Poitiers, France, falling in love with the country, taking his discharge there and traveling around Europe (including running with the bulls in Pamplona) until his money ran out.
He attended the University of California, Berkeley and became active in the civil rights and anti-war movements, still managing to earn a BA and an MA in English lit ("the major of choice for wannabe writers").
Francis is married to Phyllis, a former music teacher and active viola player. They have a son, a daughter and one grandson. They live in Joshua Tree, California.