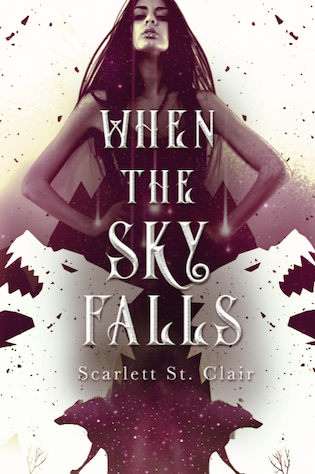 Anora Silby has reached an uneasy alliance with the Order—she will ferry souls into Spirit and help weaken Influence, a God of Chaos who grows in power. To do this, she must train and learn to summon the Adamantine Gates.
But Influence isn’t Anora’s only enemy. Mysterious figures watch her from a distance and Valryn from all over the states begin to protest her freedom. Not to mention, Roth DuPont, the current head of the Order, is essentially holding her hostage.
Then a prominent Elite is found murdered, and all evidence points to the Eurydice.
Shy Savior knows Anora didn’t commit the crime, but proving her innocents becomes difficult when he discovers she’s been conspiring with death-speakers—an act that is considered treason by the Order. As he searches for the real murderer, Shy uncovers threads that lead him to truths that will change his—and Anora’s—world forever.
Alliances shift and a different kind of chaos ensues.

Add to Goodreads
Sequel to:

Author Bio:
Scarlett St. Clair lives in Oklahoma with her husband. She has a Master's degree in Library Science and Information Studies and spends a lot of time researching reincarnation, unsolved murders and Greek mythology-all of which made it into her debut novel, When Stars Come Out.