Blog Tour: Through the Dark Gates of Koth by Christopher D. Schmitz @cylonbagpiper

Through the Darque Gates of Koth (Wolves of the Tesseract #2) 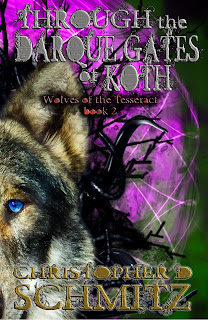 Three years after a sorcerer’s failed attempt to awaken an ancient evil, Claire Jones channels the Prime spirit and has become the rightful heir to the throne of the Architect King. Peace seems to have returned to the multiverse, but when a traitor forms a dark pact with the trickster demigod Akko Soggathoth, malevolent forces again destabilize reality. If Claire and her friends cannot stop a new cult’s foul rituals, the ravenous nega-god may yet find entry into our world—but journeying through the Darque dimension to stop it might cost Claire her very mind. 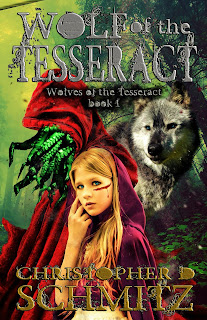 In a world underneath our own reality, magic & science are two sides of the same coin. After merging with her copy from an alternate reality, college student Claire Jones is thrust into a setting beyond imagine and must fight alongside Zabe, an inter-dimensional guardian. Together they must stop an evil warlock from shattering the laws of existence who, above all else, seeks Claire's blood as the key to controlling the all-powerful Tesseract.

As they flee his wrath, Claire must decide what her romantic feelings for her protector mean... apocalypse-bringing sorcerers aside, Claire's mission is to rescue the woman Zabe loves... even if Claire has likewise fallen for the selfless soldier. 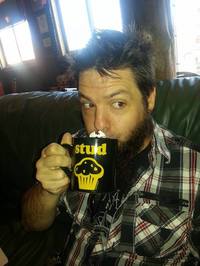 Christopher D. Schmitz is the traditionally published and self-published author of both fiction and nonfiction. When he is not writing or working with teenagers he might be found at comic conventions as a panelist or guest. He has been featured on cable access television broadcasts, metro area podcasts, and runs a blog for indie authors.

Always interested in stories, media such as comic books, movies, 80s cartoons, and books called to him at a young age—especially sci-fi and fantasy. He lives in rural Minnesota with his family where he drinks unsafe amounts of coffee. The caffeine shakes keeps the cold from killing them. His entire family is musically gifted, although he is, sadly, their only bagpiper.

Education: Schmitz also holds a Master’s Degree in Religion and freelances for local newspapers. He is available for speaking engagements, interviews, etc. via the contact form and links on his website or via social media.