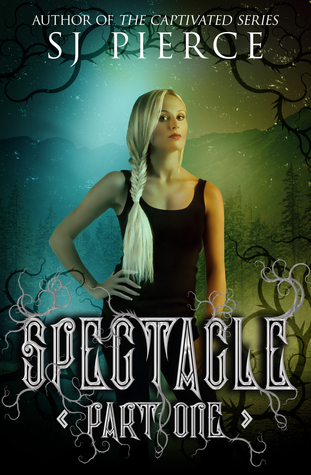 
Avatar meets Gladiator in this spellbinding Young Adult, Science-Fiction seriesby bestselling author S.J. Pierce.
Two hundred years after the Great Disaster, the day earthquakes ravaged Earth’s landscapes, humanity has finally regrouped and is working toward a better future. But in New America – one of three remaining landmasses – overpopulation makes a better future seem bleaker by the year.
Mira (Mirabella) Foster and her parents are citizens of New America, and with the threat of starvation and disease looming on the horizon, a discovery threatens to push everyone to the brink of chaos:blue markings develop on people’s skin. Markings that allow them to camouflage,but also make them feared, and eventually, targets of violence.
Mira’s dad is one of them.
Spectacle, Part One is the beginning of a three-part series. Suitable for ages fourteen and up.

Goodreads / Amazon / Barnes & Noble / iBooks / Kobo
On sale for 99¢ for a limited time!
—
Spectacle has made it to my TOP TEN LIST OF DYSTOPIAN BOOKS to read. ★★★★★
This book is totally ADDICTIVE, FAST-PACED and SUSPENSEFUL, with great lead characters and complex world building. ★★★★★
HUNGER GAMES meets AVATAR in this spellbinding Young Adult, Science-Fiction series by bestselling author S.J. Pierce.
—
EXCERPT:
When Luxxe and I make it into the crowd, they part for us, their cheers and attentions trained on him – the camp’s hunting trainer and star of our monthly hunting expeditions. In other words, their well-respected (and sometimes feared) hero. I’ve seen him hunt enough to know why too. He’s precise and brutal. No holds barred. It’s safe to say he’s the best one here, and I have to admit, though anything violent makes my stomach turn (even for the purpose of food), to see him in his element is like witnessing the athleticism of an Olympian god. This is what he was made for – to kill.
His arm slips from my shoulder as he turns to hug his best friend and training assistant, Cole – another mountain of a teenage boy. He wears his dreads shorter, and his eyes are the color of liquid metal. His markings have harsh angles like bolts of lightning and cover his arms and half his torso. They’ve multiplied since I last saw him.
The cheers around us ebb as they wait for Luxxe to finish his greetings and lead us into the forest; this is the part where I have to fend for myself. Then we’ll part ways into smaller groups and kill whatever we can carry. Our group is usually me, Luxxe, Taylor, and Cole.
While I stand with my hands clasped and looking at the ground, the lonely snowflake in a frenzied bed of coal, I feel some of their eyes on me but pretend not to notice. I know they wonder about me – the blonde, pale girl with no markings who hardly ever comes around; the girl Luxxe is close with even though he has a very committed girlfriend, not that it’s any of their business; the daughter of the former head liaison who met with the President all those years ago. Though most believe my dad is innocent, I think some blame him for starting the war that placed us here, though they don’t say it. At least not to me. I’ve overheard rumblings in the market a time or two about how he went ‘mad’ or ‘rogue’ and secretly planned to take the President out but was taken out instead. And it might be my imagination, but I feel their resentment when they look at me, still fresh after all this time. Like I was somehow in on whatever they assume he did.
Oh, well. Screw them. He was innocent. 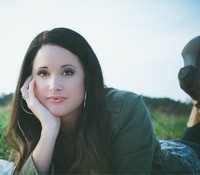 Author Bio:
Multiple Award Nominated and Bestselling Author Susan James Pierce has a degree in Marketing Management, works for a Fortune 500 company in Atlanta, Georgia, and devotes her precious, spare time to writing Paranormal, Sci-fi, and Contemporary Romance novels.
Please visit www.sjpiercebooks.com and sign up for her mailing list or subscribe to her blog if you'd like to hear when new books come out!