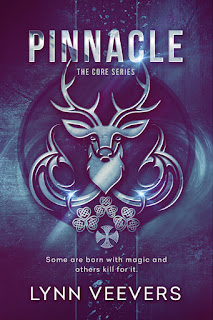 Identifying her parents was the hardest thing ever, until Kaya learned she was the killer’s next target. Moving had thrown the ancient predator off her trail temporarily but with magical abilities manifesting, Kaya’s scent grows stronger and the attempts on her life become constant. Narrowly surviving each encounter, Kaya is desperate to stop her potential assassin, but it’s hard to kill a creature that changes its appearance and disappears without a trace. Kaya finds the support she needs to succeed in her small group of friends and her boyfriend Kenneth. Like so many things, they’re more than what they seem and with the killer having unsettling similarities to Kenneth and his family…Kaya can’t help but wonder if there’s a connection.

Deleted Scene
“So there was another reason I asked you out tonight Kaya,” Kenneth said clearly nervous.
“Really, what was that,” she asked.
“Well the fall formal is coming up here shortly and it’s a girl asks guy type of dance. I would like for you to ask me. You don’t have to ask me now I just wanted you to know I’d really like to go with you,” he said uncomfortably.
“Why, you barely know me and I’m sure you could have any girl in school go with you, so why are you picking the plain new girl?” Kaya asked completely caught off guard by his request.
“Plain? You can’t be serious. You are the furthest thing from plain Kays. Yes, you are the new girl but that is not why, and you’re right I could have my pick of the girls at school, but only because of who I am, or more correctly because of who my family is. I am not interested in any of the four girls that have already asked me. I am however, very interested in the one I wish would ask, but hasn’t.”
“I don’t know what to tell you Kenneth.” she said not knowing what to do. He grabbed her hand and she felt something warm run up her arm. When Kaya glanced up at his face the yellow hue she’d seen earlier was much more noticeable. She could tell by the way he adverted his gaze momentarily, that he knew she’d saw it.
“Say you’ll ask me to go with you. You can wear exactly what you are wearing now if you want.” he said with enthusiasm.
That made her smile. She couldn’t think of one good reason to decline his request so instead she gave in and said, “Ok Kenneth I’ll go, on one condition. If I am going with you, I will dress the part but not on the back of a motorcycle.”
“Awe come on, ruin my entire image why don’t you. Its fine, I can drive my truck. I’ll pick you up in that.”
The yellow hue that had been there before was almost gone now. I was about to bring that up but he beat me to it. “Kays I will explain the eyes to you later, I think you might think it is weird and you probably have never heard anything as weird as what is behind that story.” he said uneasily.
“I don’t mean to laugh Kenneth but you have no idea what I’ve seen and heard in just the past few months. Trust me it can’t be any weirder than those things.” she said seriously.
“Ok well you say that now, we shall see. It looks like a storm is popping up I should probably get you home. You ready to go?” he asked.
“No but we probably should.” Kaya said reluctantly. Kenneth stood up and she realized he had not let go of her hand yet as he helped her up off the curb. 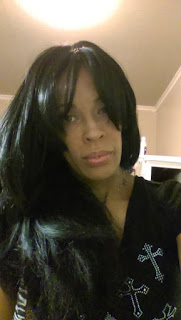 Hello from Oklahoma, but I am originally from the Great Northwest, Washington State. I have been writing since I was in late elementary, early middle school. I have always had a passion for the fantasy genre and as a result I most certainly do write what I like to read. I am a traditionally published YA Author with Clean Reads. My first book Pinnacle is coming out February 6th 2018 and it’s sequel Eximius will be out next summer. I also have various other novels and series in construction or being looked at by agents. My hope for this blog is to help other Authors who are aspiring to be published with advise and knowledge about the industry as well as to supply my readers with exclusive pre- published excerpts you will only find here!
Happy reading and remember…
Don’t just read, insert yourself into the story and experience the journey as if you were written into it!
-Lynn Veevers
Website | Twitter | Instagram | Goodreads

Giveaway Details: International 1 winner will receive a $25 Gift Card to the book retailer of their choice, International. Ends on February 13th at Midnight EST! Rafflecopter Code: a Rafflecopter giveaway
at 12:30 AM