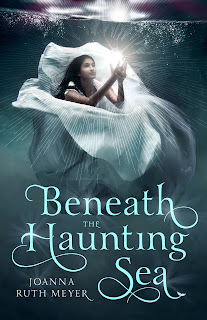 “Ideal for those who love Scorpio Races by Maggie Stiefvater.”—Laura Weymouth, The Vanishing KingdomCan’t You Hear It, Talia?
Can’t You Hear the Waves Singing?Sixteen-year-old Talia was born to a life of certainty and luxury, destined to become Empress of half the world. But when an ambitious rival seizes power, she and her mother are banished to a nowhere province on the far edge of the Northern Sea.It is here, in the drafty halls of Ruen-Dahr, that Talia discovers family secrets, a melancholy boy who suffers from troubling visions of her future, and a mysterious jar of starlight. On these shores, the eerie melody of the sea is stronger than ever, unearthing long-buried tales of the Goddess Rahn. The more dark truths that she exposes about the gods’ history—and her own—the more the waves call to her, and it may be her destiny to answer.


(Excerpted from BENEATH THE HAUNTING SEA © Copyright 2018 by Joanna Ruth Meyer. Reprinted with permission. All rights reserved.) 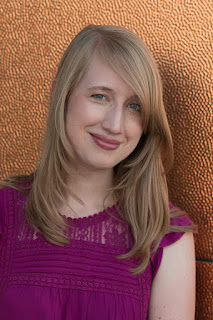 JOANNA MEYER lives in Mesa, Arizona with her dear husband and a rascally feline named Bertie. When she’s not writing, she’s trying to convince her piano students that Bach is actually awesome, or plotting her escape from the desert. She loves good music, thick books, loose leaf tea, rainstorms, and staring out of windows. She aspires to own an old Victorian house with creaky wooden floors and a tower (for writing in, of course!). Visit her at gamwyn.blogspot.com and follow her on Twitter @gamwyn.

Visit the other stops on the Tour!