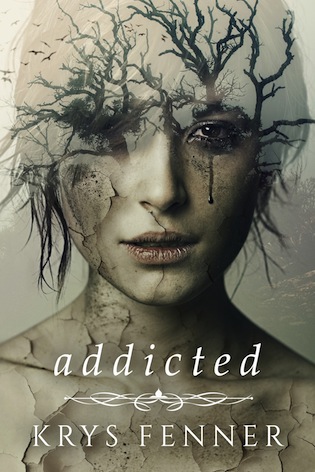 
Sixteen-year-old Bella Kynaston has been the victim of a brutal rape, by someone she can only describe as ‘the scar-faced man.’ With little recollection of what happened, she must somehow rebuild her life. Being the person she once was proves more difficult than she imagined.
To complicate matters, Bella has just met Jeremiah Detrone, the new guy in school. He’s attractive, funny, and smart. All things she’s ever wanted in a boyfriend. Too bad she’s conflicted over so many unexpected emotions. Without realizing it, she falls down a rabbit hole and begins walking a dangerous line between addiction and self-preservation.
As Bella works together with the police to bring her attackers to justice, will she be able to see it through to the end? And even if she does, will it only bring her more pain and misery? Or will she find an anchor in Jeremiah and figure out how to move forward?

My Typical Writing Day
I’m one of those authors that has a day job, so my typical writing day doesn’t start until after I’ve gotten off work. Before I sit down at my computer, I take my two dogs out to the park. We’ll usually spend about thirty minutes there so they have time to run around and play. Once we get back and they’re settled down, I take a look at my e-mail. I like to make sure there isn’t anything that needs my immediate attention. I try to take care of these throughout the day, but sometimes I can’t get to it. With that out of the way, I close out my internet and get my playlist going. I create one for every book. I like to listen while I’m writing. I feel it lets me get into the character’s mindset. Then I pull up whatever manuscript I’m currently working on. My focus has been on Dark Road, so I also bring up the Dark Road calendar. This spreadsheet allows me to keep track of everything that has occurred and what’s still to come. I try not to read over what I’ve written first, as in reviewing everything from the prologue forward. I have a tendency to revise as I’m going along. If I can keep myself from doing that, then I go to the end of my current draft. Where I go from here depends on how late I worked the night before and how long before I called it quits that my brain called it quits. I hate leaving a scene open, but sometimes there isn’t much I can do about it. I’ll either spend the next hour revising whatever scene I worked on last or on the next scene. Then I go on. If I get stuck and the scene flow isn’t working, I’ll pick up my phone and jump on Facebook or Twitter. Then I tell myself it’s a distraction and force myself to put it down. I go back to the scene, re-read it and work at getting it figured out. Most of the time I get the a-ha moment and I can pull it together. Other times, I have to get up, get a snack, watch TV for an hour, or play with my dogs before I get it down. If it’s one of these days, then I may be up between eleven and midnight working on the manuscript. Just so I can start over the next day.

Author Bio:
Krys Fenner has been infinitely passionate about writing and helping people for as long as she can remember. To date, she has published two books, numerous poems, and is now avidly working on a fantasy series. Krys received an Associate of Arts in Psychology and is currently working on her B.A.
To find out more about Krys Fenner and her upcoming book releases, visit her official website: www.krysfenner.co