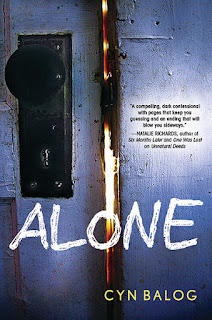 When her mom inherits an old, crumbling mansion, Seda’s almost excited to spend the summer there. The grounds are beautiful and it’s fun to explore the sprawling house with its creepy rooms and secret passages. Except now her mom wants to renovate, rather than sell the estate—which means they're not going back to the city…or Seda's friends and school.

As the days grow shorter, Seda is filled with dread. They’re about to be cut off from the outside world, and she’s not sure she can handle the solitude or the darkness it brings out in her.

Then a group of teens get stranded near the mansion during a blizzard. Seda has no choice but to offer them shelter, even though she knows danger lurks in the dilapidated mansion—and in herself. And as the snow continues to fall, what Seda fears most is about to become her reality…

Brooke's Review:
I like a good scary story that doesn't leave me unable to go to sleep! This is that story.The setting, an old hotel where murder mysteries used to play out. A snow storm that keeps anyone from going anywhere. A mother with a great imagination. All put together to form an intense and fun story.If you like The Shining, but you don't like your books too scary, this is perfect for you. The characters are fun. The scenes are well thought out. The suspense is just the right amount of scary versus not wanting to shut the book because you can't bear to read it.I will say, I figured out things about the mystery a bit early on, but that didn't keep me from reading on to see if I was right! Overall, a fun and suspenseful read! 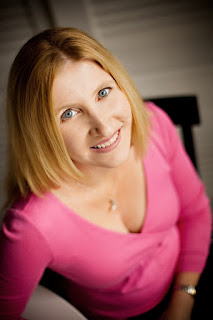 Cyn Balog is a normal, everyday Jersey Girl who always believed magical things can happen to us when we least expect them. She is author of young adult paranormals FAIRY TALE (2009), SLEEPLESS(2010), STARSTRUCK (2011), TOUCHED (2012), and her most recent release: DEAD RIVER (2013).e. She lives outside Allentown, Pennsylvania with her husband and daughters.
She also writes under the pen name Nichola Reilly. Nichola Reilly is Cyn Balog's post-apocalyptic fantasy-writing alter-ego. The first book in her series, DROWNED, will be releasing from Harlequin TEEN sometime in 2014, followed by a sequel, BURIED, in 2015.