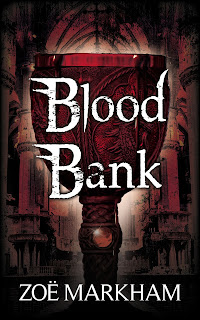 Benjamin is a programmer moonlighting as a security guard at Dystopia, a seedy club that caters to the down-and-outs, the desperate, the addicts. He's been building his reputation, saving for a way out - but when he rescues a young woman from the nearby estate, he may just have stepped too far out of line...

Lucy is ordinary; a girl with a deadbeat boyfriend, a normal life and college studies. But when her world takes an odd twist, she starts to wonder about the people she's meeting, the situations she's in, the odd aversions and attacks happening around her. They're just coincidences...aren't they?

And Zack is in deep trouble. He's losing his girlfriend, drowning in debt, and has dwindling job prospects - and that's not the worst of it. His debt is to people who won't ever forget it, and who want the things closest to Zack's heart: his blood - and his life. In the heart of Swindon, an ancient order hides in plain sight, spreading their influence through the streets like a disease. But despite their widespread power they are catching up with the modern world: the vampires are going online, and the Order is about to become more powerful than even they would have dreamed...

Unlike most authors I know, I never listen to music while I write. It’s not that I don’t love music, I do! It’s just that I can’t listen and type at the same time for love nor money. My mind can’t process the two activities simultaneously. In fact, a lot of the time when I write, particularly in the summer when everyone’s outside and all the windows are open, I tend to write wearing earplugs. It’s my weird way of completely immersing myself in my made-up world.
Although I don’t listen while I’m actually writing, a lot of my ideas for characters come when I’m out walking, usually backwards and forwards to the supermarket or traipsing out the school run. I pretty much always have my headphones in, so there’s still a relationship there, even if it’s maybe not quite so obvious as actually belting out tunes while I write.
In Blood Bank’s case, music features quite prominently in the novel itself. There’s Ben’s 90s Indie fixation alongside the Grime soundtrack to life on the estate and in the club. Both genres of music that I enjoy, and that have the ability to make me feel like two different people when I listen to them.
There are always songs in my head for each of my characters, whether the songs themselves inspire them, or a new song on the radio makes me think of them. I’d love to know what you think of my choices, and whether you hear anything different when you read the book!

Blood Bank Playlist
(There are a couple of tracks featuring ‘explicit’ lyrics. As with the book itself, this isn’t one for younger readers/ears.)

Feel free to contact me on Twitter if you have any other suggestions, and I’ll happily create a definitive playlist and make it public! 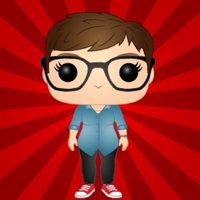 
Mild-mannered editor by day, puppet-master of broken souls by night.