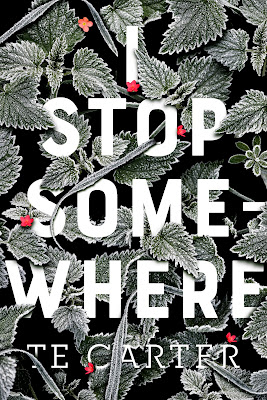 THE LOVELY BONES meets ALL THE RAGE in a searing, heartbreaking contemporary story of a lost teenager, and the town she leaves behind.

Tormented throughout middle school, Ellie begins her freshman year with a new look: she doesn’t need to be popular; she just needs to blend in with the wallpaper.

But then the unthinkable happens and Ellie is trapped after a brutal assault. She wasn't the first victim and now she watches it happen again and again. She tries to hold on to her happier memories in order to get past the cold days, waiting for someone to find her.

The problem is, no one searches for a girl they never noticed in the first place.

TE Carter’s stirring and visceral debut not only discusses and dismantles rape culture but also makes you slow down and think about what it is to be human.

Excerpt:
It was three days into school and my locker was stuck. I figured I had the combination wrong and tried again, but it wouldn’t open. The late August day was too warm and sweat was spilling down my new shirt. The school didn’t want to spring for air conditioning, so we finished the day with our clothes stuck to us.
“Having trouble?” He leaned against my locker with all the confidence in the world. I’d seen him a few times. We weren’t in classes together, but he’d smiled at me every day because his math class was across the hall from mine. On the first day, he’d winked at me. On the second day, he’d commented on my shirt. It was self-deprecating – a shirt that mocked my introversion by claiming reading the shirt was enough social interaction for a day. We’d run into each other in the hall between classes and he’d laughed at it. And said I was too cute to be antisocial.
And now he stood at my locker, smiling at me while I tried to get it open.
“My locker’s stuck,” I told him. It was obvious since I was pulling on it, but I told him anyway.
“You’re new here.” A statement, not a question.
“Sort of. I mean, I’ve lived here forever. But here, yeah. I went to St. Elizabeth’s.”
He pushed me to the side. “Cool. I’m Caleb.” Punching the bottom right of the metal door, he simultaneously spun the dial into place. It opened on the first try. “Sometimes you gotta rough ‘em up a bit. They’re tricky like that.”
“Ellie. I mean, you didn’t ask, but I’m Ellie.”
He leaned back against the locker beside mine while I found my books. Three days and I already had a bag full of homework.
“Nice to officially meet you, Ellie. Elusive girl from the hallway.”
“I’m not elusive. That’s where my class is,” I said.
He laughed as if I was the most hilarious person he’d ever met. “Yeah. So, Miss Not Elusive, what’re you doing now?”
He wasn’t exactly attractive. There was something wrong about the way he moved, the way he smiled. Everything about Caleb was off somehow. He was tall, but he walked like he’d woken that morning into his tallness and now he couldn’t figure out how to get his body to work the same way.
There was also the way he smiled. It was cute, but it had this way about it. Like he’d learned about smiling from a textbook. The idea of smiling came through, but it seemed like he just followed the directions rather than actually smiled.
“I… um, nothing really. I have to read.”
We had a test Monday on summer reading, which I’d put off all summer to work on reinvention.
“What’re you reading?” He took my bag from me and rummaged through it. “Great Expectations? They’re still teaching this crap, huh?”
“Aren’t you, like, a junior?”
“Yeah. How’d you guess?”
I hadn’t had to guess. It had been three days, but everyone knew Caleb and his older brother, Noah; you didn’t need friends to know who they were. They walked through the school like the only people who’d ever mattered. It was probably true. 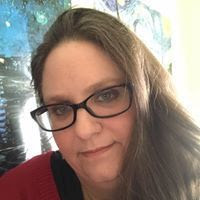 About the Author
TE Carter was born in New England and has lived in New England for pretty much her entire life. Throughout her career, she’s done a lot of things, although her passion has always been writing. When she’s not writing, she can generally be found reading classic literature, obsessing over Game of Thrones (she’s one hundred percent Team Lannister), playing Xbox, organizing her comic collection, or binge watching baking competitions. She continues to live in New England with her husband and their two cats. 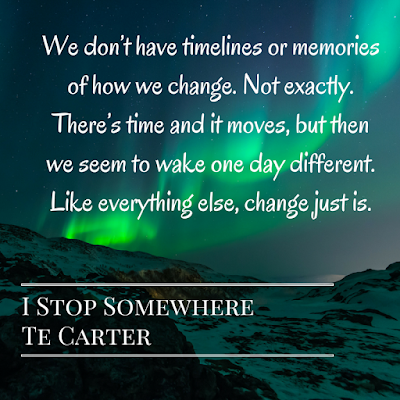 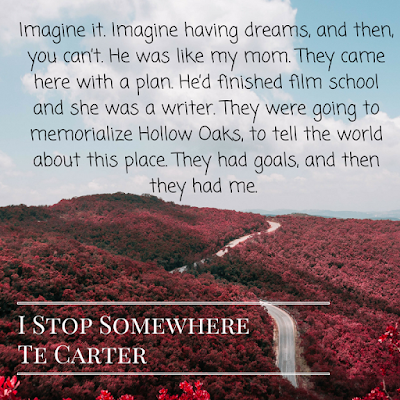