Welcome to my stop on The Keep (Converters #2) blog tour! 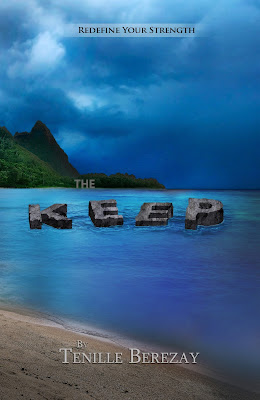 After a pardon from the convergence, Desiree returns to the protection of home. But safety is an illusion and her family is shattered by the violent retribution of a desperate enemy. On the run again, Desiree struggles to keep those she loves from a host of gathering threats—debilitating doubts, manipulative converters, dark technology, and a murdering madman. To save them all, Desiree will need more than her ability to convert, she’ll need to redefine her strength.

THE KEEP is the dramatic sequel to THE CONVERGENCE; a continuation of Desiree and Blake’s story. 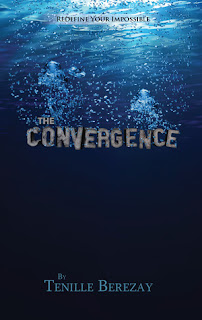 Hiding unbelievable physical abilities, seventeen-year-old Desiree Morgan buries herself inside the realities of high school. But when Blake Thomas infiltrates her life, all of Desiree’s secrets begin to unravel. With answers come more questions and soon she is entangled in a world of secret societies, human experimentation, perilous power-struggles, and ultimate sacrifice. To escape, Desiree can’t be simply extraordinary…she must redefine the impossible.

THE CONVERGENCE is a story of one girl’s search to understand herself and the realization of what makes her truly great.

Excerpt from The Keep:
“What you need is combat training.” She points at the screens as they and the floor light up. The scene wavers then clears, leaving an image looking remarkably like the island outside. From the desk, Jade hands me a pair of goggles.

Since she’s being difficult, I slide them on without question. The sudden realism causes me to stumble backward. With the lenses on, the trees and vegetation of the island are suddenly alive. Their appearance is so authentic, I slide the glasses on and off a couple of times.
Jade’s sigh draws my attention to her rolling eyes. “Can you take this seriously?”
Tipping the goggles up, I glare at her. “Just enjoying the life I have left.”
Her frown deepens. “You’ll enjoy it more by learning to stay alive.” She points to the scene and I slide the glasses back on. “You can interact with anything you see on screen. Use whatever you find for weapons. There are no friendlies.”
Nodding as if everything she said was totally expected and commonplace, I step to the center of the lit floor. I clap my hands together. “I’m ready.”
“I doubt it.” I hear her say before the fight draws me in.
First, a man jumps from the tree to my right. I kick out knocking him back. He disappears. A shuffling in the trees draws my attention to another charging enemy. This one holds a knife in his hands. With a grab and a flick, I have the weapon. I slash at him and he vanishes. From above, a man drops. I roll away, throwing the knife simultaneously. It hits his chest and both he and the weapon disappear.
Two men rush me from opposite sides. Using a large nearby branch, I club one across the skull and fling one overhead with a well-placed hit between the legs. I knock the next attacker from a nearby tree by pelting him with the branch.
Then—from straight ahead—I’m threatened with a gun. I kick out, knocking it from his hands. The metal glints as it flies through the air. Sprinting, I catch it and spin to train it on the disarmed man. Seeing his hands thrown in the air, my finger eases off the trigger.
Instantly, everything disappears. Ripping the glasses away, I spin to Jade. She’s sitting at the desk, her chin resting on clasped hands, her beautiful features twisted in disappointment.
I pull in a restless breath. “What?”
She gestures to the now empty space. “I’ll admit you can fight.”
I toss the goggles on the desk. “But?”
Her gaze is level with unflinching honesty. “But you’re not going to survive.” I bite back my defense—the truth is I’m not even going to fight. Jade mistakes my silence for acceptance. “I said there were no friendlies. You should have pulled that trigger without hesitation, instead you didn’t pull it at all. What you lack is a killer instinct. That’s something I can’t train into you. You have to find it.”… She spins on a precarious heel and clicks to the door.
I stop her retreat. “So I’m supposed to suddenly become a blood thirsty murderer?”
“No, Desiree Morgan. You stay on offense. Always on offense. The minute you drop to defense is the minute you die.”

About the Author
After living throughout the western U.S., Tenille now claims rural Northern Nevada as her home. If she's not being consumed by a book--whether her own or another author's--she'd like to be found horseback riding, backpacking with her high-school sweetheart/husband, or photographing their three beautiful children.

Tenille loves to read any genre (as long as there's great dialogue with a touch of snark). She believes in authentic characters, romantic sub-plots, and realistic, happy endings.