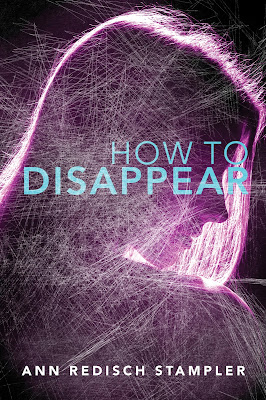 This electric cross-country thriller follows the game of cat and mouse between a girl on the run from a murder she witnessed—or committed?—and the boy who’s sent to kill her.Nicolette Holland is the girl everyone likes. Up for adventure. Loyal to a fault. And she’s pretty sure she can get away with anything...until a young woman is brutally murdered in the woods near Nicolette’s house. Which is why she has to disappear.Jack Manx has always been the stand-up guy with the killer last name. But straight A’s and athletic trophies can’t make people forget that his father was a hit man and his brother is doing time for armed assault. Just when Jack is about to graduate from his Las Vegas high school and head east for college, his brother pulls him into the family business with inescapable instructions: find this ruthless Nicolette Holland and get rid of her. Or else Jack and everyone he loves will pay the price.As Nicolette and Jack race to outsmart each other, tensions—and attractions—run high. Told in alternating voices, this tightly plotted mystery and tense love story challenges our assumptions about right and wrong, guilt and innocence, truth and lies.

There is a body in the woods.
The flash of an electric yellow blanket in the moonlight, unfurling as it’s dragged along. A glimpse of nylon binding at the edges, sweeping the ground at the corner where the arm has fallen out.
At the end of that limp arm, a hand is trailing through the leaves into the darkness. But I have seen the fingers, curled like talons, the nails all broken, the blue polish chipped away.
Shoes shuffling through the leaves.
And then the digging of the hole.
I’m crouched behind a fallen pine tree, soft leaves and pine needles underfoot, cocooned in darkness. I pause to catch my breath. My heart’s banging so hard that it could crack my ribs.
A walk in the woods, that’s all it was. That’s what I tell myself now, when it’s too late to do anything about it, when it’s done—when the kind of person I am and will ever be is thrown into unanswerable question.
When all I want is to pretend it never happened.
But how do I forget that there were pine needles stuck in the laces of my sneakers, and that they were wet with blood? How do I pretend I never felt the handle of the knife pressed hard against my palm?

About the Author
Ann Redisch Stampler is the author of the young adult novels Afterparty and Where It Began as well as half a dozen picture books. Her work has garnered an Aesop accolade, the National Jewish Book Award, Sydney Taylor honors, the Middle East Book Award, and Bank Street Best Books of the Year mentions. How to Disappear (Simon Pulse, 2016), her first young adult thriller, will be released in June. Ann lives in Los Angeles, California, with her husband Rick.