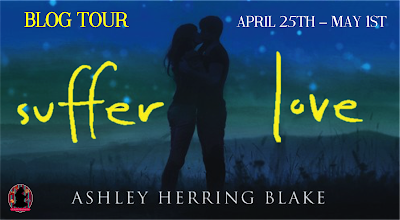 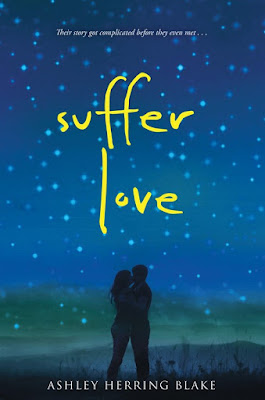 Hadley St. Clair's life changed the day she came home to a front door covered in slips of paper, each of them revealing the ugly truth about her father. Now as her family falls apart in the wake of his year-long affair, Hadley wants everyone-her dad most of all-to leave her alone.

Then she meets Sam Bennett, a cute new boy who inexplicably "feels like home" to Hadley. Hadley and Sam's connection is undeniable, but Sam has a secret about his family that could ruin everything.

Funny and passionate, Suffer Love is a story about first love, family dysfunction, and the fickle hand of fate.

Did you always know you wanted to be a writer or did you want to be something else? As a kid, I was a voracious reader, but not a huge writer. I wrote little stories here and there, but mostly, I planned on being a teacher or a marine biologist or Disney singer. Yes, a Disney singer. As I got older, I started writing poetry and this continued into adulthood. I dreamed of writing fiction, and tried a few short stores geared toward adults, but wow, were they awful. I didn’t really start considering writing as a career until I fell in love with kid lit. I wrote middle grade at first, but then, around the time my mother died, I got really into YA. I found something in those books that just made me feel, even if it was sadness and loss. And, in the wake of losing my mom, I wanted to really try for that dream and see what happened.
How long does it take you to write a book from start to finish? That really depends on the book. I tend to be a pretty fast drafter and then revise for a really long time. When I wrote Suffer Love, I only had one critique partner and I wasn’t really involved in the kid lit community yet, so that one took a shorter time to get ready to query an agent. But once, I got my agent, we then revised again. From the time I started the book to the time it sold to Houghton Mifflin, it was a little under a year. But then, a whole new round of edits began. To answer simply, I usually draft a book in three months or less. But that’s a first draft and it’s a mess. I’d say it take at least a year to have a book in publishing shape.
How do you come up with themes for your stories? I don’t. I write from character. Sometimes, a book idea starts with a scenario, but the character is always at the heart of the situation. While writing Suffer Love, I knew I wanted to write about two teens caught between their parents’ affair, but I didn’t intentionally set out to write specifically about forgiveness and acceptance. Those things arose from the character’s journey. For other books, I’ve definitely had certain points I want to make, but again, that’s all character dependent.
How many books have you written so far? Do you have a favorite? Suffer Love was the fifth complete novel I wrote (and, no, absolutely no one will ever see the other four J). After Suffer Love, I’ve written three. My favorite is probably How to Make a Wish, which also sold to Houghton Mifflin and will release in the spring of 2017. While Suffer Love will always be special to me because it was my first, How to Make a Wish is very much the book of my heart.
Do you have a favorite character? Ajay and Livy from Suffer Love are two of my favorite characters I’ve ever written. I also really love Grace from How to Make a Wish and I hope you do too! J 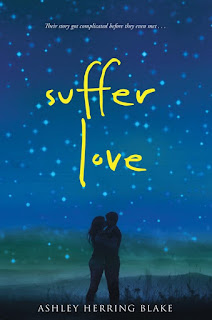 Follow the Suffer Love by Ashley Herring Blake Blog Tour and don't miss anything! Click on the banner to see the tour schedule. 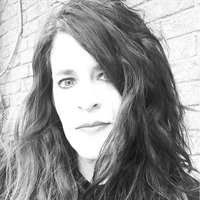 Ashley Herring Blake is a poet, teacher, and YA novelist. Her debut novel, SUFFER LOVE, follows two teens as they attempt to wade through an intense relationship complicated by their parents' infidelities. Ashley lives in Nashville, TN.