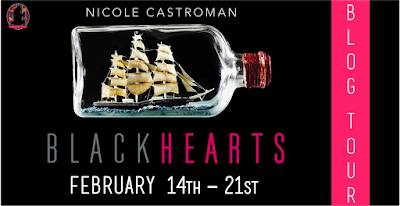 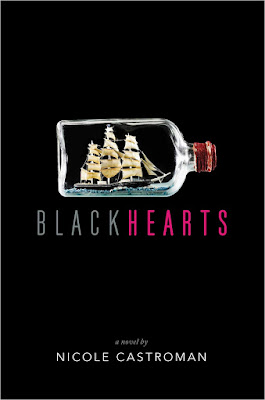 Blackbeard the pirate was known for striking fear in the hearts of the bravest of sailors. But once he was just a young man who dreamed of leaving his rigid life behind to chase adventure in faraway lands. Nothing could stop him—until he met the one girl who would change everything.

Edward "Teach" Drummond, son of one of Bristol's richest merchants, has just returned from a year-long journey on the high seas to find his life in shambles. Betrothed to a girl he doesn’t love and sick of the high society he was born into, Teach dreams only of returning to the vast ocean he’d begun to call home. There's just one problem: convincing his father to let him leave and never come back.

Following her parents' deaths, Anne Barrett is left penniless and soon to be homeless. Though she’s barely worked a day in her life, Anne is forced to take a job as a maid in the home of Master Drummond. Lonely days stretch into weeks, and Anne longs for escape. How will she ever realize her dream of sailing to Curaçao—where her mother was born—when she's stuck in England?

From the moment Teach and Anne meet, they set the world ablaze. Drawn to each other, they’re trapped by society and their own circumstances. Faced with an impossible choice, they must decide to chase their dreams and go, or follow their hearts and stay.

Brooke's Review:
I want to thank Simon Pulse for providing me a copy of this book to read and give an honest review. Receiving this book for free has in way altered my opinion or review.

I had heard rumblings about this book and was excited when I got a copy. Everyone I knew really enjoyed it. And, while I'm not usually a fan of historical fiction, I figured I'd like this one. After all, it's really a retelling, which I have been very into lately. And who can resist pirates, check, romance, check, history, check. Lot of elements to make me swoon.

Edward "Teach" Drummond, or Blackbeard, certainly is not what I thought he would be. I love seeing the history behind characters we already have a perceived idea about. It always shocks me and makes me see things in a totally different light. I really liked Teach. I enjoyed that he didn't want to go the loyal bath that was "set" for him. He's drawn to the sea, not so surprising considering who we know him to be. I like that Teach knows he's changed with his year away. He knows what he wants and he's not afraid to go after it. And he's unafraid to turn the tables on an arranged marriage he knows will never work.

Anne, she's a bit naive but so very strong. At the same time, she's definitely got old before her time qualities. Considering how her life has been for the last few months it's no surprise. She sticks to her place in society, at least the place she knows she must be in order to survive. She's fairly complex which I really enjoyed. One thing she wants more than anything is to be free, and she's not above stealing to get there.

The romance in this book is a slow burn. Really it's an historical romance more than anything else. I loved watching Teach and Anne get to know each other. They had a surprising amount in common personality wise. And though Anne's station is below Teach's, he never treats her as anything more than an equal. He's enamored by her and intrigued.

I was actually expecting more of a pirate story with this book, but I didn't get that at all. I do wish there had been more focus on exactly what made Teach become Blackbeard. Though the ending of the book certainly leaves room for that if the author chooses to continue with the story. It was a bit of a cliff hanger.

If you are look for a book with rich character development that focuses on getting to know the characters and romance, then this is the story for you. Don't go in looking to know more of why Blackbeard became who he did, because you won't get that. But you will get an intriguing reminding of love and loyalty that shaped the private we all know so well.

Follow the Blackhearts by Nicole Castroman Blog Tour and don't miss anything! Click on the banner to see the tour schedule.

Nicole was lucky enough to come with her very own best friend...she has a twin sister who can read her mind and finish her sentences for her.

At the age of 13, she went to Europe for the first time and it changed her life. She loves learning about different people, languages and cultures and speaks fluent German. She knows enough Spanish to get herself into trouble and can still read the Cyrillic alphabet from when she studied Russian.

She received her B.A. from Brigham Young University and has lived in Germany, Austria and two different places called Georgia. One is located on the Black Sea. The other is the state of Georgia where she now lives with her handsome husband and two beautiful children who continue to amaze her.