Book Blast: Between the Notes by Sharon Huss Roat @sharonwrote 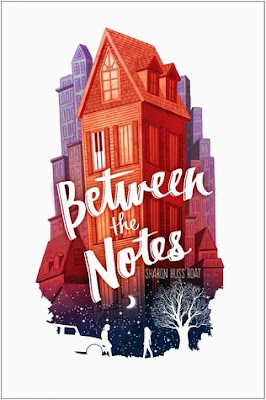 Summary from Goodreads:
When Ivy Emerson’s family loses their house—complete with her beloved piano—the fear of what’s to come seizes her like a bad case of stage fright. Only this isn’t one of her single, terrifying performances. It’s her life.

And it isn’t pretty.

Ivy is forced to move with her family out of their affluent neighborhood to Lakeside, also known as “the wrong side of the tracks.” Hiding the truth from her friends—and the cute new guy in school, who may have secrets of his own—seems like a good idea at first. But when a bad boy next door threatens to ruin everything, Ivy’s carefully crafted lies begin to unravel . . . and there is no way to stop them.

As things get to the breaking point, Ivy turns to her music, some unlikely new friends, and the trusting heart of her disabled little brother. She may be surprised that not everyone is who she thought they were . . . including herself.

Debut author Sharon Huss Roat crafts a charming and timely story of what happens when life as you know it flips completely upside down.

Buy Links:
Local Bookseller  I  B&N  I  Amazon  I  HarperCollins  I  Books-a-Million


Song List for BETWEEN THE NOTES by Sharon Huss Roat

Music plays an important role in this novel, and I only wish I was talented enough to compose and perform Ivy’s frantic and romantic piano compositions the way I imagined them. There are plenty of references to recorded songs in the book, however. Here’s a list of a few that weave their way into the story!


Come as You Are – Nirvana

Sharon Huss Roat lives in Delaware with her husband and two kids. When not writing books for young adults, you might find her reading (YA of course), planting vegetables in her backyard garden, or sewing costumes for a school musical. BETWEEN THE NOTES is her first novel.