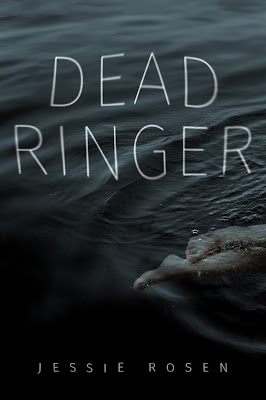 From the moment Laura Rivers steps foot into Englewood High, she notices the stares—and they aren’t the typical once-overs every pretty new girl endures. The students seem confused and…spooked. Whispers echoing through the halls confirm that something is seriously off. “That new girl looks just like her,” they say.

It turns out Laura has a doppelgänger, and it isn't just anyone—it's Sarah Castro-Tanner, the girl who killed herself by jumping into the Navasink River one year ago.

Laura is determined not to let the gossip ruin her chances of making a fresh start. Thanks to her charming personality and California tan, she catches the eye of Englewood’s undisputed golden boy, Charlie Sanders, and it’s only a matter of time before they make their relationship official.

But something is making Charlie and his friends paranoid—and Laura soon discovers it has to do with Sarah Castro-Tanner.

What really happened to Sarah? Why is Charlie unraveling? And how does Laura Rivers fit into it all?

After all, she’s the dead ringer for a dead girl. 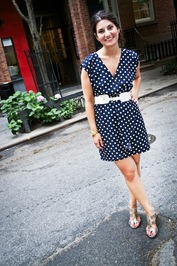 Jessie Rosen is a writer, producer, and performer. She grew up in New Jersey, attended Boston College in Massachusetts, and began her writing career in New York. Her live storytelling series Sunday Night Sex Talk has received national attention. She was named one of “The 25 Best Bloggers, 2013 Edition” by TIME magazine for her blog 20- Nothings, which was also named in “The 100 Best Websites for Women” and “The Top 10 Best Websites for Millennial Women” in 2013 by Forbes.Rosen is the oldest of four girls, which gives her a special window into the minds of teenagers. She now lives in Los Angeles, where she’s working on film and television projects, as well as her next novel.

a Rafflecopter giveaway
at 12:15 AM