Blog Tour: Romancing the Dark in the City of Light by AnnJacobus @annjacobusSF @The_FFBC 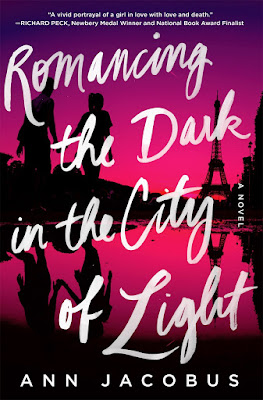 Haunting and beautifully written, with a sharp and distinctive voice that could belong only to this character, Romancing the Dark in the City of Light is an unforgettable young adult novel.

Summer Barnes just moved to Paris to repeat her senior year of high school. After being kicked out of four boarding schools, she has to get on track or she risks losing her hefty inheritance. Summer is convinced that meeting the right guy will solve everything. She meets two. Moony, a classmate, is recovering against all odds from a serious car accident, and he encourages Summer to embrace life despite how hard it can be to make it through even one day. But when Summer meets Kurt, a hot, mysterious older man who she just can't shake, he leads her through the creepy underbelly of the city-and way out of her depth.

When Summer's behavior manages to alienate everyone, even Moony, she's forced to decide if a life so difficult is worth living. With an ending that'll surprise even the most seasoned reader, Romancing the Dark in the City of Light is an unputdownable and utterly compelling novel.

Excerpt:
Kurt kisses her. On the lips, one time.
It’s hardly electric. It vacuums away energy, into the void of which rushes deep sadness and longing for… she doesn’t know what. Not sex.
A hollowness expands within. Like deep space. Cold and dark and movement-less.
Absolute zero. 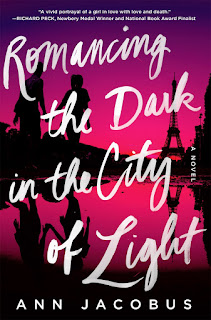 Follow the Romancing The Dark in The City of Light by Ann Jacobus Blog Tour and don't miss anything! Click on the banner to see the tour schedule. 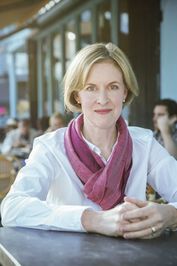 Ann Jacobus earned an MFA in Writing for Children and Young Adults from Vermont College of Fine Arts. She lived with her family for many years in the Arabian Gulf and in Paris, France. She now lives in San Francisco where she writes, reads, volunteers weekly on a suicide crisis line, and frequently resorts to crock-pot meals of canned soup, fowl and whatever's in the fridge. 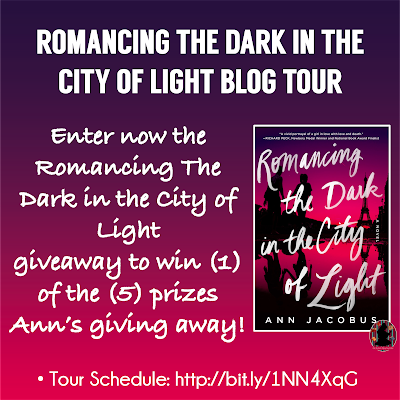