Blog Tour: The Secret of Sevens by Lynn Lindquist @LynnLindquist 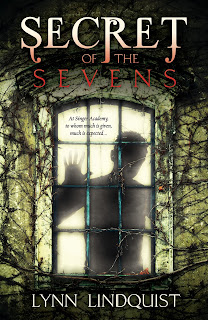 Secret of the Sevens

Summary from Goodreads:
Everyone at Singer, a boarding school for underprivileged kids, knows the urban legend of the Society of Seven. Decades ago, the original members of the secret guild for elite students murdered the school's founder and then perished in the fire they lit to hide the evidence. Or so the story goes.

Talan Michaels doesn't care about Singer's past. He's too focused on his future and the fact that he'll be homeless after he graduates in May. To take his mind off it, he accepts a mysterious invitation to join a group calling itself the Sevens. He expects pranks, parties, and perks. Instead, he finds himself neck-deep in a conspiracy involving secret passages and cryptic riddles about the school's history. Even worse, he's now tangled in web of lies someone will kill to keep hidden

“At the end of the day, it’s Talan and his endearing combination of bravado and vulnerability, coupled with the crackling chemistry he shares with Laney, that will keep readers turning the pages. A satisfying read for secret-society fanatics and romantics alike.” – Kirkus Reviews

Excerpt:
I cut across the quad toward the oldest building on campus. Why would they want to see me here? Except for the Pillar thing, I can’t think of anything I’ve done wrong recently. That they know of, anyhow.
I open the front door and flash my pass at the security guard. He reads the note over a couple times as I sign in. “Room 07? I don’t see a lot of passes for rooms in the basement.” He hands it back and points to a doorway. “Take that stairwell there.”
The muscles in my shoulders stiffen as I ramble down the rickety steps into a dark corridor. The air is humid and musty. There’s a single dim bulb hanging from the ceiling in the center of the long hallway.
Unnerved, I squint to read the faded numbers on the old wood doors. The darkness in the narrow hall is starting to trigger my claustrophobia. When my shoes squeak like a bad speaker, I twist around, thinking someone’s behind me. What am I freaking out about? There’s no one else here. I’m alone.
Alone.
In a strange building.
For a meeting I knew nothing about.
In an empty hallway… in a dimly-lit basement… that no one ever uses.
The hairs on my arm stand up. My eyes shift around, searching the walls for anything familiar.
“Hello?”
No answer.
All the classroom lights are off except for one at the very end of the hall. A strip of light glows from under the door. I drift toward it like an insect to a bug zapper.
The door to room 07 creaks as I open it and wander inside. The room is empty, except for a chalkboard on one wall with a message:
Yes, Talan. The letter is for you. And it’s real.
My breath catches in my throat. What letter? What’s going on?  I look around the room and then peer out into the hallway, but there’s still no one around.
Scanning the room again, I spot a black velvet envelope with a red wax seal sitting on the ledge of the chalkboard. I go over and grab it, just as a cold sweat starts to collect under my shirt.
Inside is a card printed with fancy writing:
Master Talan Michaels,
You have been chosen for membership in the resurrected Society of Seven. Participation in The Society requires absolute loyalty, a lifelong oath of silence, and a commitment of sacrificial service to the true purposes of our brotherhood. In return, pledges are bestowed the secrets of The Society, including access to fraternal wealth and wisdom. Upon final initiation into The Society, each member is assigned the Great Responsibility and awarded the Great Reward—the use of society resources to fulfill your greatest desire.
Choose or refuse, you will have until midnight tonight to decide. If refusing, destroy this card and speak of it never, lest ye choose to invite misery upon yourself. Be warned: Do not take this vow lightly.
If accepting, return this invitation by way of the mausoleum of Mary Harper Singer, behind the Chapel ruins in the cemetery off Rucker Road. Slide this card under the palm of the weeping angel that watches over our beloved matriarch.

Noblesse Oblige:  “To whom much is given, much is expected.” 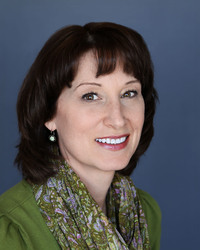 Lynn Lindquist lives in a suburb of Chicago with two overly-social sons and a mutt named Slugger who wisely hides under the bed most days. The hordes of teenagers that regularly frequent her house (think Panama City Beach during spring break) provide fodder for her young adult novels and growing anxiety disorder. Ever since her sons broke the Guinness Record for Largest-Rager-Thrown-While-a-Parent-Was-Out-for-the-Night, she enjoys spending her free time at home entertaining friends, cooking, reading, and writing. Thankfully, her favorite things in life are her sons, words, and kids, so she wouldn’t have it any other way.

She is represented by Katherine Boyle at Veritas Literary Agency.