Dates: May 18-24
Something different everyday!

PLUS A GIVEAWAY!! (enter Below!) "He was always there, no matter where he was. I knew his location in the club the entire night. I didn't even have to look for him to know. It's like my body was a broken compass and it only ever pointed due north. And Braeden was that exact coordinate."


"Who sprinkled the bitch in your coffee this morning?"


"He gave the kind of kisses a girl sank in to. The kind that robbed your body of gravity, robbed your mind of reason and sent ripples into your soul."

If The Hashtag Series became a movie:

Wouldn't the hashtag series be awesome on the big screen?

If you'd like to see it there one day please support #Nerd on the IFList!

Who would make a good Ivy in the movie? Do you think Candice would make a good Ivy? It’s all about the #selfie.

She was the one girl I never wanted.

Until I had her.

Something we both wanted to forget.

I got rid of the proof. The one piece of evidence that could remind us both.

At least I thought I did.

When it shows up on the school Buzzfeed rumors fly. Friendships are tested and the feels get real.

I don’t do relationships. I don’t open my heart.

Especially for a girl everyone knows I hate.

Until it follows you home. 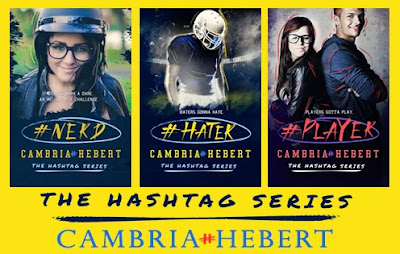 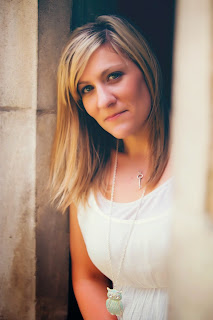 Cambria Hebert is a bestselling novelist of more than twenty books. She went to college for a bachelor’s degree, couldn’t pick a major, and ended up with a degree in cosmetology. So rest assured her characters will always have good hair.

Besides writing, Cambria loves a caramel latte, staying up late, sleeping in, and watching movies. She considers math human torture and has an irrational fear of chickens (yes, chickens). You can often find her running on the treadmill (she’d rather be eating a donut), painting her toenails (because she bites her fingernails), or walking her chorkie (the real boss of the house).

Cambria has written within the young adult and new adult genres, penning many paranormal and contemporary titles. Her favorite genre to read and write is romantic suspense. A few of her most recognized titles are: Text, Torch, Tryst, Masquerade, and Recalled. SEE YOU TOMORROW FOR DAY FIVE - #BUZZBOSS
THANK YOU FOR BEING HERE!