Book Blast: A Place Beyond (The Danaan Trilogy #3) by Laura Howard @LauraHoward78

The time has come. Allison's quest to save her mother from Aoife's wicked enchantment will test everything she believes in. Who is trustworthy in the land of the Fair Folk, the Tuatha de Danaan?

It's up to Allison, along with her ragtag host of allies, to unravel the truth. Journey along and discover the power of love and duty as Allison faces the most difficult trial of her life. 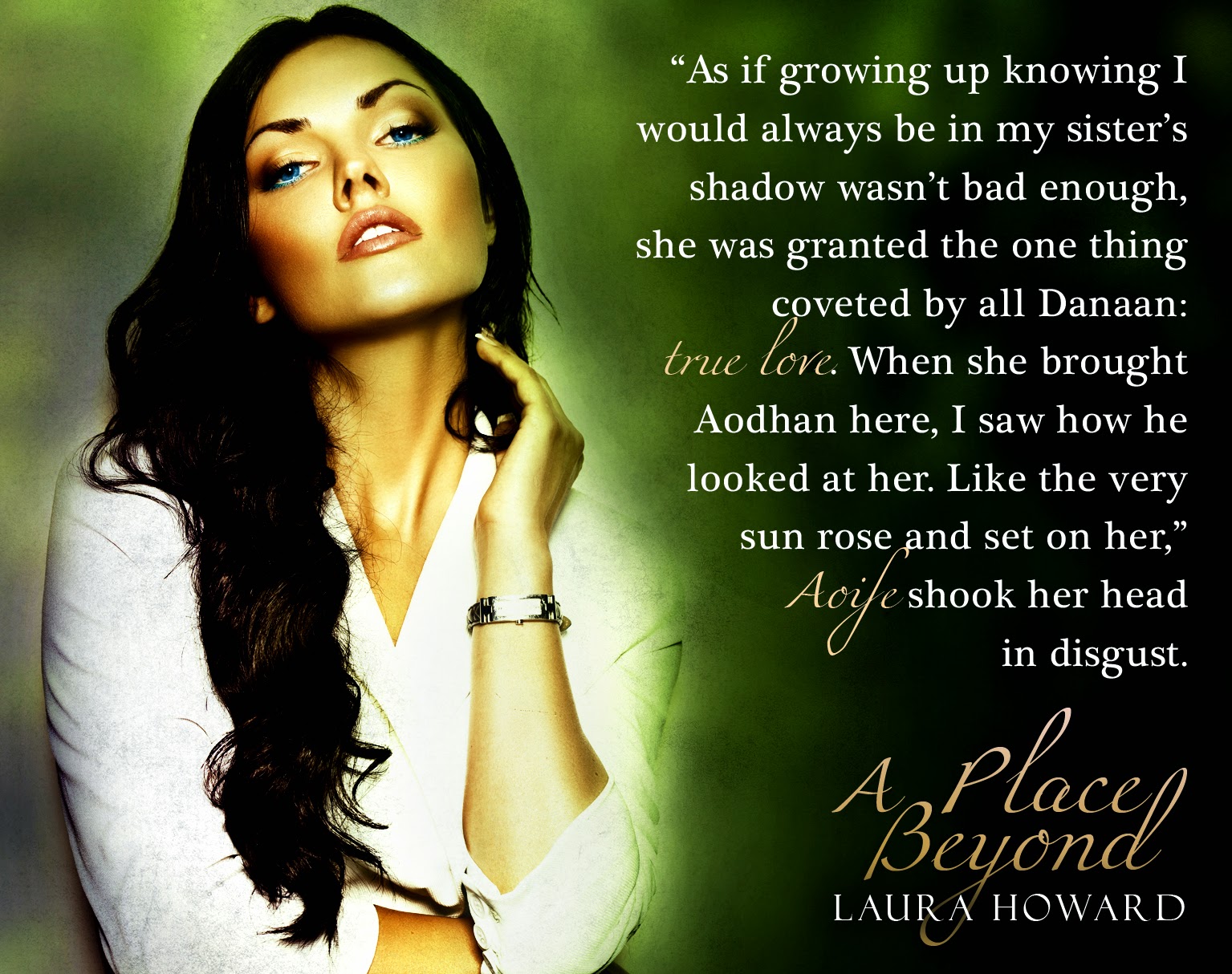 Ethan raised himself up on his elbow and pressed his finger into the space between my eyebrows.
“I wish I could make this go away,” he said softly.
“Don’t tell me I have wrinkles,” I said, my lame attempt at a joke making him crack a little smile.
“No,” he said, dragging his finger lightly down my cheek. “In fact, you couldn’t be more beautiful.”
I just laughed, I didn’t have anything even resembling a witty comeback in me.
“You are,” he continued. “It’s killing me that I can’t take all this pain away from you.”
He ducked his head for a second before meeting my eyes again. “I would do anything to make it easier for you, you know.”
I swallowed and stared at his earnest expression, overcome by his words. “I know you would.”
Ethan ran his hand through my hair. “Good.”
I twisted to face him, tentatively bringing my hands up to his shoulders. “I’m really glad you’re here.”
His lashes lowered, hiding his eyes. I smoothed my fingers up his neck and pulled him to me, kissing him softly.
He returned the kiss and there was something so tender about the way he held my face in his hands. Like I was precious.

Laura Howard lives in New Hampshire with her husband and four children. Her obsession with books began at the age of 6 when she got her first library card. Nancy Drew, Sweet Valley High and other girly novels were routinely devoured in single sittings. Books took a backseat to diapers when she had her first child. It wasn’t until the release of a little novel called Twilight, 8 years later, that she rediscovered her love of fiction. Soon after, her own characters began to make themselves known. The Forgotten Ones is her first published novel.