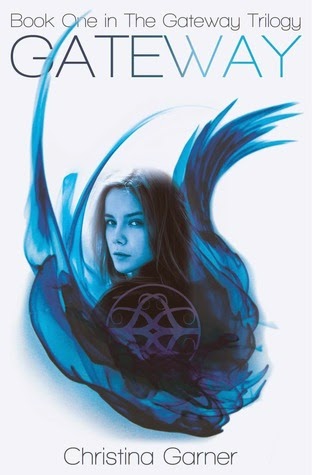 Summary from Goodreads:
Ember has always known she doesn’t belong in this world. But when she tries to correct the mistake, she wakes to find herself in a mental institution.

She’s soon drawn to Taren, the mysterious boy with hazel eyes. He’s not what he seems, but what is he?

When chaos erupts, they are forced to flee the institution together, and the secret that Taren has been keeping brings Ember closer to understanding her own. And leads her to… the Gateway. 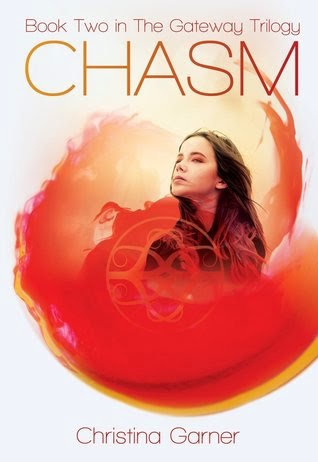 
Two months have passed since Ember Lyons nearly died killing the powerful Root Demon threatening the Los Angeles Gateway. Physically healed, images of the day still haunt her and she can no longer access the power she once wielded. She can't talk about it with anyone at The Institute--not even her handsome, demon-hunting boyfriend, Taren. Besides there are bigger things to worry about: Gateways around the world are weakening, Keepers' Marks are fading, escaped lesser demons are populating Los Angeles, and it looks like the Root Demon wasn't alone.

When the Institute sends Ember and a team to Europe, she hopes to find answers and security on the journey, but another attempt on her life reminds her she's never really safe.

Then she's thrust together with the mysterious Alexander. Ember can't be sure if this charismatic man is her most formidable enemy or greatest ally. Either way, she needs him, because he's the only one who can bring her to... the Chasm. 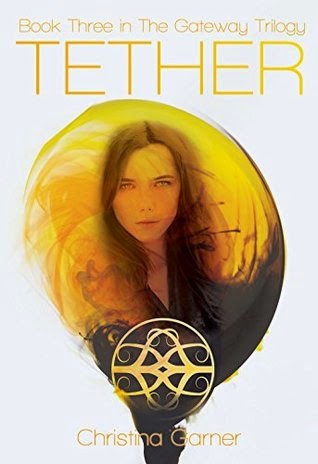 Ember was only trying to keep a promise when she jumped into the demon world. But instead of saving Cole and his people, she found herself just as trapped as they are. She lives and learns with the Daemon survivors while the demon threat grows every day.

Meanwhile Taren struggles with his guilt for not stopping Ember. He’s desperate to know she’s alive, but there's been no sign of her except in his own vivid dreams.

As they struggle to reconnect, the Gateways around the world weaken, and the demons begin to amass for war. The end is near and Ember must face her fears if she has any hope of saving the world – or herself.

With everything falling apart, her only hope is to find...her Tether.


Excerpt from Book Two:
My heart skipped a beat. It was my birthday. And I had a boyfriend. A super-sexy almost super-hero like boyfriend. This birthday ruled.
One last look in the mirror and I bounded down the stairs, slowing when I reached the bottom so I could project some semblance of cool as I walked toward the common room.
I found Taren chatting with Callie.
“Wow,” he said, his hazel eyes widening and his jaw on the verge of dropping.
I blushed furiously and looked down. I’d tried too hard.
“You look...” he walked over to me and took my hand.
“Maybe a little overdone for a picnic?” I said. I should offer to go change; this was ridiculous.
He smiled that semi-crooked smile of his and said, “Breathtaking.”
He gave me the lightest of kisses.
“Well, I’ll let you two get to your picnic,” Callie said with a mischievous grin.
“What was that about?” I asked.
“She thinks you’re going to approve of your birthday surprise,” he said. Now he was grinning!
“Well, don’t keep me in suspense,” I said. “What is it?”
I readied myself to react with great enthusiasm when he told me we were going for a walk before my mom got here and we all ate lunch in the cafeteria.
“Wait, what?” I was so busy mentally preparing I was sure I’d misheard him.
“A day pass,” he said again. “Or, part of a day, anyway. Long enough to get lunch at your favorite Indian restaurant.
Now my jaw dropped. “No freaking way,” I said.
“What can I say?” he said, putting a hand on my waist and pulling me closer. “I’m good.”
“You are,” I said, my grin nearly splitting my face. “You are so good.”
I threw my arms around him and squeezed him tight. “That is so the best gift you could have gotten me.”
Taren took my hand and led me out the front door. Before I was fully aware what was happening, we were walking down the path that led toward the parking area. My mind cycled through a litany of thoughts.
Are you crazy? It’s all well and good to wish you could leave the Institute, but there are Dahrak demons out there.
But it’s been months! And Indian food! And Taren went to so much trouble...
And Reds will go to a lot of trouble—
They’ll be guards everywhere—
“You OK?” Taren said, interrupting my stream of thoughts.
“Yeah,” I said, squeezing his hand. “Just excited. And maybe a little nervous. It’s been awhile since I’ve been out in the real world.”
“Trust me,” he said, “up here is as real as it gets. Down there, all they’re concerned with is Botox and carbs. Besides, I’m here. And as long as I’m here, nothing bad gets near you.”


He put his arm around me and squeezed my shoulder, which pretty much settled things as far as I was concerned. I smiled and leaned into Taren as we made our way toward the edge of the Sanctuary. This was going to be my best birthday yet. About the Author
Christina Garner began writing stories at the age of six. Her first–about a young girl who busted up a nefarious ring of furniture thieves–was a huge hit with her mother. At eighteen, her aspirations as an actor had her loading up her Buick and setting off for Hollywood. Since then, she has written and directed 10 short films, including Rewind and Reminder, both of which received acclaim on the festival circuit. In 2006, she began writing screenplays. A year later, she even got paid for one. In May of 2011, her debut novel, Gateway, became an Amazon Bestseller. Chasm, Book 2 in The Gateway Trilogy, did the same.


When she’s not writing novels, Christina spends her time working in the movie business, traveling, watching Buffy the Vampire Slayer reruns, and playing with her dog, Griffin.