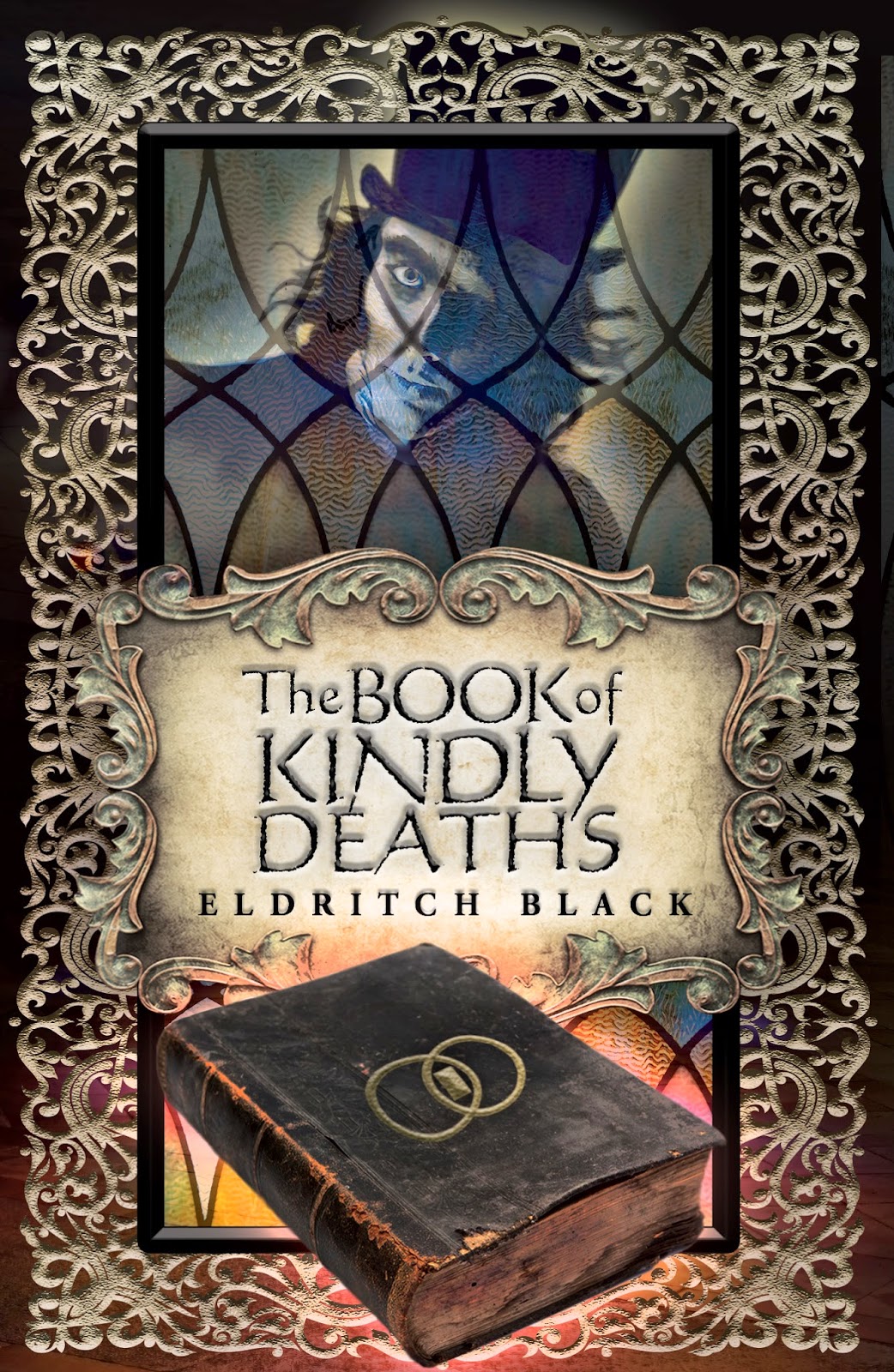 WHAT WOULD YOU DO IF THE MONSTERS IN A BOOK BECAME REAL?

When twelve-year old Eliza Winter finds a secret room in her missing grandfather’s sprawling, Gothic house, her safe, sheltered life is blown apart. Inside, below a stained glass window where moonlight shines no matter the time of day, sits The Book of Kindly Deaths.

In defiance of her controlling mother, who has always forbidden her to read anything strange or imaginary, Eliza takes the book. As night sets in, Eliza reads one haunting story after another. And the further she journeys inside the book, the more the boundaries between our world and a shadowy land of monsters and forbidden places begin to blur.

When the strange, crooked man from the book arrives on the doorstep claiming to be a rare book collector and demanding entry into the house, Eliza’s world is turned upside down. To escape him she must dive all the way into the spine-tingling world of The Book of Kindly Deaths to save her grandfather-and write an end to the nightmare she’s caught inside.

Tell us 5 eerie places around the world that helped inspire TBOKD.

All of my eerie placed are in England, which heavily inspired The Book of Kindly Deaths.

The Witch’s House
There were two places in particular that terrified me as a child. Both were on the way to the local park. One was a small bridge over a stream. My mother told me a troll lived under it, and I had no reason not to believe her. I can still remember trying to tread lightly as I could when we passed over the bridge. The other place near the park was a much larger bridge that crossed the river Thames. On one side, under the bridge, was a bottle-green door, which my mother told me led to a witch’s house. I remember being incredibly nervous as we walked by. It’s fair to say my mother instilled a healthy sense of horror in me from an early age, but to be fair I probably deserved it.
There’s a hideous creature in The Book of Kindly Deaths called The Malefactrix. I’m pretty sure she was inspired by the old door beneath the bridge.

The Basement, a Victorian House in London
I grew up in a flat in a Victorian house in Teddington, South West London. It was a really eerie house and several people that lived there had ghostly encounters, including me. But that’s a different story.
Below our flat was a coal hole that led to a deserted basement. A friend and I used to slide down the hole and explore the basement. It was absolutely terrifying down there. It was an empty place, but for a few children’s toy cars and drawings left on old peeling wallpaper. It was always freezing cold in there, no matter the season. Not that we went in there often. I used to try not to think about the basement being directly below our flat. Thinking about it even now gives me goosebumps. It’s fair to say the basement was a strong influence in the story “The Wrong People” — a part of The Book of Kindly Deaths.

My Bedroom (at various locations)
Like a lot of kids, I loved dark and scary books. There was one in particular that was a favorite. It was Grimm’s Fairy tales illustrated by the artist David Hockney. I used to read it in bed and be terrified. Which was part of the fun, naturally. But once the lights went out, a lot of the fun vanished. Then I was just scared. I’d like to say I outgrew this, but I still read such scary books. I particularly enjoy ghost stories in Winter. And once the lights go out, I’m occasionally sent back to those childhood terrors. I’m sure this must have inspired the scene in The Book of Kindly Deaths, where Eliza’s reading the book in bed, and strange things are stirring around her.

The Dolls
Eel Pie Island is a place in Twickenham, South West London. It’s famous for its music venue, where bands including The Rolling Stones, Pink Floyd and David Bowie once played. Strangely, I’m not sure I ever visited the island as a child, but a few years ago a friend and I wandered over and found a garden full of dolls, some headless, some hanging from trees, some planted in the ground. It was really weird and quite unnerving, and we didn’t hang around for long. There are no creepy dolls in The Book of Kindly Deaths, but it might well have inspired the Hoardspike’s lair.


There was a nature reserve that we visited with the school as children called forty acres. I hated the place. It was wild and overgrown and there was a ruined old clock tower which was apparently haunted. It was a strangely desolate place, at least to my eyes. Beyond the clock tower was a tunnel. I remember standing before it and just being hypnotized by the sheer darkness beyond. Kids dared each other to go in when the teacher was distracted, but there was no way I was going in there. I remember hearing a sound inside. Probably a stone tossed by another kid to freak us out. At least that’s what I like to believe. Again, I think this tunnel was a big inspiration for “The Wrong People”. 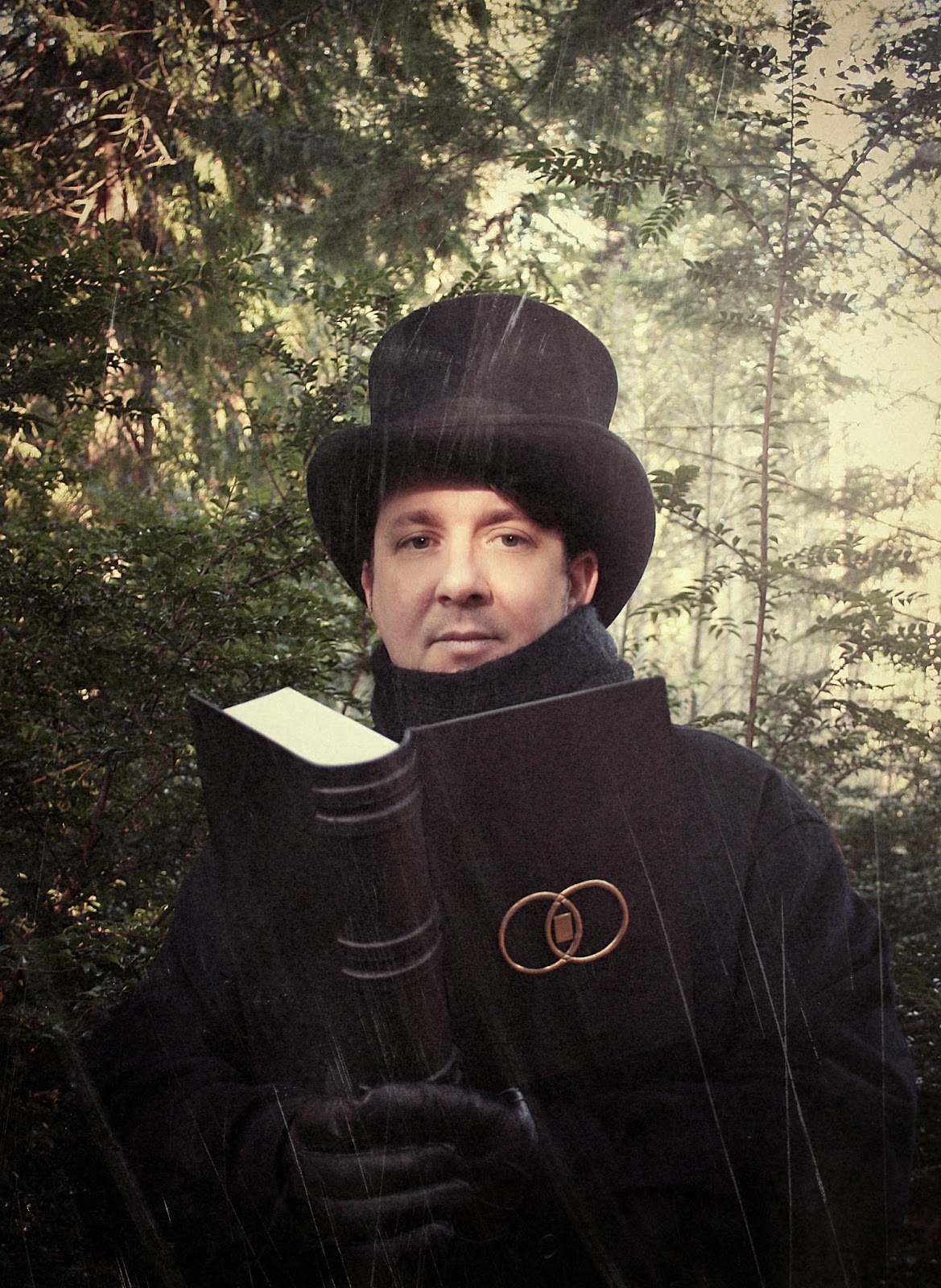 Eldritch Black was born in London, England and now lives in the middle of a forest on a small island in the Pacific Northwest of the United States. Eldritch writes books for children, young adults, and adults with childlike hearts.

When he isn’t writing, Eldritch likes to collect shadows and discarded dreams.

His first novel “The Book of Kindly Deaths” was published by Spencer Hill Press and will be released on the 16th September 2014. You can find out more about this ghastly tale of dark bookish adventures here.

Enter for a chance to win a copy of The Book of Kindly Deaths.

OPEN TO US RESIDENTS