Welcome to The Cover Contessa's stop on the Harder blog tour!

HARDERSynopsis: In Robin York’s provocative new novel, two young ex-lovers find themselves together again in the shadow of tragedy—and an intense, undeniable attraction. Caroline still dreams about West. His warm skin, his taut muscles, his hand sliding down her stomach. Then she wakes up and she’s back to reality: West is gone. And before he left, he broke her heart. Then, out of the blue, West calls in crisis. A tragedy has hit his family—a family that’s already a fractured mess. Caroline knows what she has to do. Without discussion, without stopping to think, she’s on a plane, flying to his side to support him in any way he needs. They’re together again, but things are totally different. West looks edgy, angry at the world. Caroline doesn’t fit in. She should be back in Iowa, finalizing her civil suit against the ex-boyfriend who posted their explicit pictures on a revenge porn website. But here she is. Deeply into West, wrapped up in him, in love with him. Still. They fought the odds once. Losing each other was hard. But finding their way back to each other couldn’t be harder. 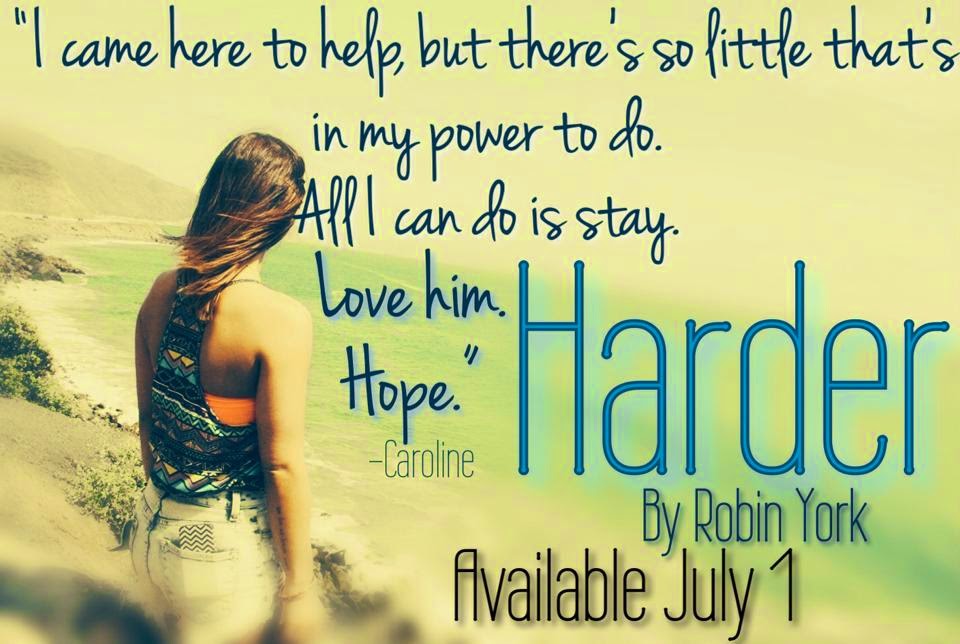 
West is edgy, tapping his fingers against the steering wheel.
“Is this your truck?” I ask.
“It’s Bo’s. He lets me use it.”
Bo is West’s mom’s ex. She and Frankie lived with Bo until she left him for West’s dad.
Bo was at the trailer when West’s dad got shot.
Sticky subject.
“Is he still in jail?”
“No. They questioned him and let him go.”
“Was he . . .” I take a deep breath. “Did he really kill your dad?”
“He won’t say. He was there, shots were fired. There were two guns. I don’t know which one discharged, or if it was both or what. For all I know, it could’ve been suicide.” The anger is back, flattening out his voice so he sounds almost bored.
“Not likely, though, if they took Bo in for questioning.”
“What the fuck do you know about what’s likely?”
“Nothing. Sorry.”
That’s where the line is, then. Junipers are an acceptable topic of conversation. His dead father is pushing it. Speculation about what’s going to happen next? Out of bounds.
West leans forward and flips on the radio. The music is loud, hammering hair-band rock.
I turn it off. “When’s the funeral?”
“Whenever they get the body back from the coroner.”
“Oh.”
“I’m not going.”
“Okay.”
More silence. Dark green forest closes in on both sides of the road. We’re climbing now, heading into the foothills.
“How long are you staying?” West asks.
“As long as you need me to.”
He stares at me so long, I start to get nervous we’re going to drive off the road. “What?”
“When’s school start?”
“The twenty-eighth.”
“Two weeks.”
“Two and a half.”
“You’re not gonna be here two and a half weeks.”
“Whatever you need.”
West looks out the driver’s-side window. “You shouldn’t have come.”
I’ve already thought the same thing, but it hurts to hear him say it. “It’s nice to see you, too, baby.”
“I didn’t invite you.”
“How sweet of you to notice, I have lost a little weight.”
His eyes narrow. “You look scrawny.”
Stung, I drop the act. “I’ll be sure to put on a few pounds for your visual enjoyment.”
“If you want to say Fuck you, West, go ahead and say it.”
“Fuck you, West.”
His jawline tightens. When he reaches for the volume knob, I knock his hand away. “I don’t know what I’m supposed to do with you,” he says.
“You’re supposed to let me help.”
“I don’t want you anywhere near this shit.”
“That’s sweet, but too bad.”
That earns me a criminal’s glare. “You don’t belong in Silt.”
“I guess I’m about to find that out for myself.”
“I guess you are.”
He reaches for the stereo again. This time, I let him turn it on.
I think about how we’re driving toward the Pacific Ocean, which I’ve never seen.
I think about West and what I want from him. Why I’m here.
I don’t have any answers. I’m not kidding myself, though. Inside a makeup pouch at the bottom of my suitcase, there’s a leather bracelet with his name on it.
I shouldn’t be here, but I am.
I’m not leaving until I know there’s no chance I’ll ever wear that bracelet again.

Robin York Bio: Robin York grew up at a college, went to college, signed on for some more college, and then married a university professor. She still isn’t sure why it didn’t occur to her to write New Adult sooner. Writing asRuthie Knox, she is a USA TODAY bestselling author of contemporary romance, including RITA-finalistsAbout Last Night and Room at the Inn. She moonlights as a mother, makes killer salted caramels, and sorts out thorny plot problems while running, hiking, or riding her bike.
Website ** Twitter ** Facebook ** Goodreads ** HARDER Goodreads ** Author Amazon Page