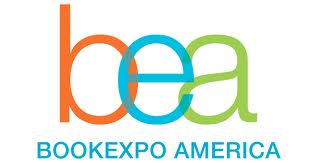 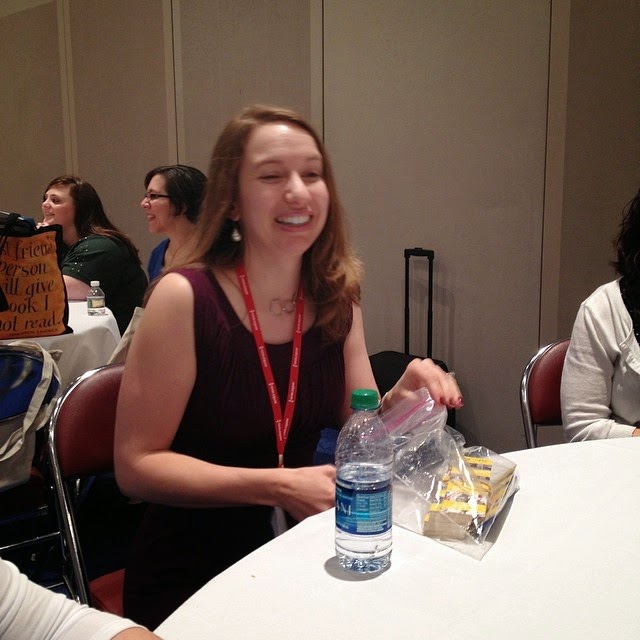 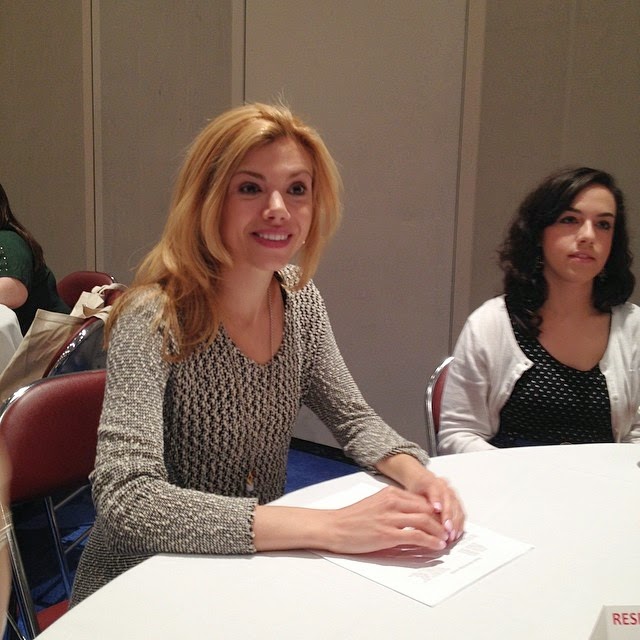 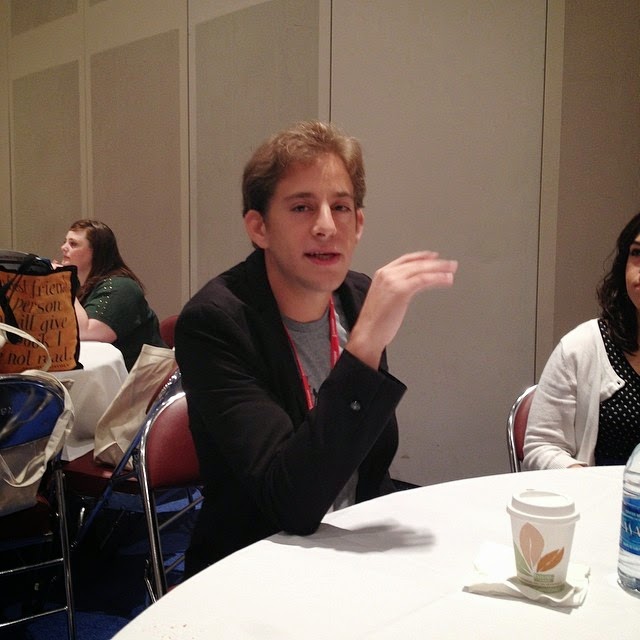 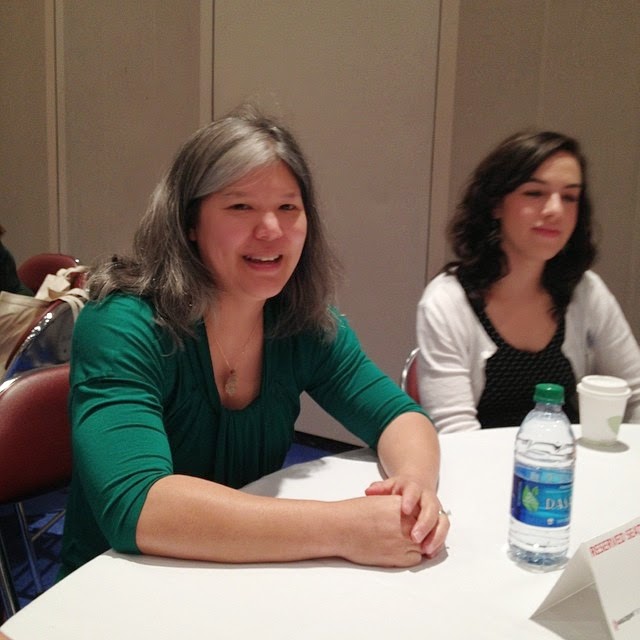 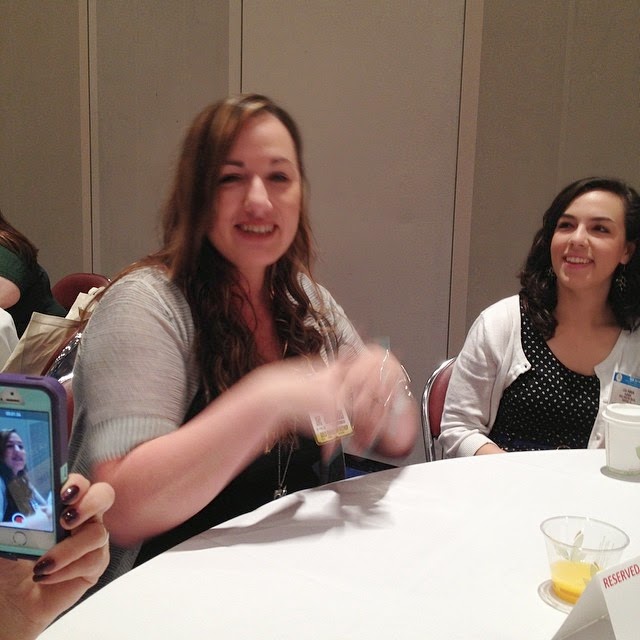 The Cover Contessa was fortunate enough to be invited to the Harlequin Teen Blogger Breakfast again this year! As with last year, they did a round robin after the authors introduced themselves and spoke a bit about their books. Each author came to the table for 5 minutes and we got to chat and ask questions. We got to meet new authors to us: Adi Alsaid, Robin Talley, and Alexandra Adornetto. And we got to see some authors we've certainly met before: Jennifer L. Armentrout and Julie Kagawa! Dawn Metcalf was supposed to be there, as well, but her train got hung up so she didn't make it :( 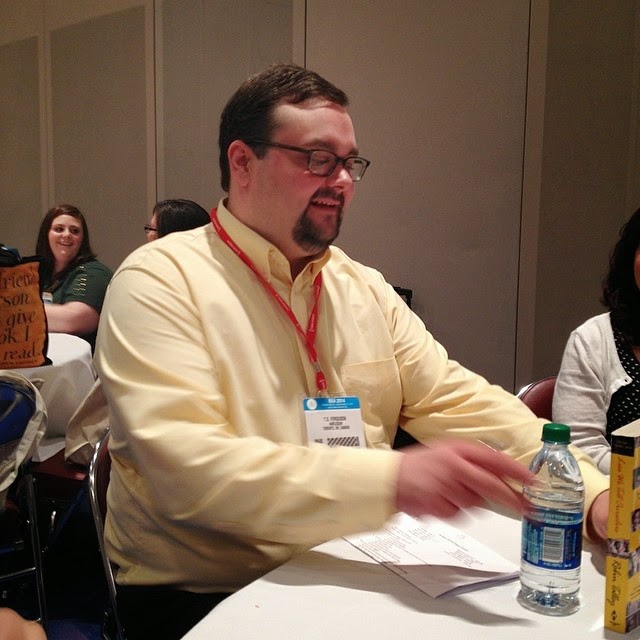 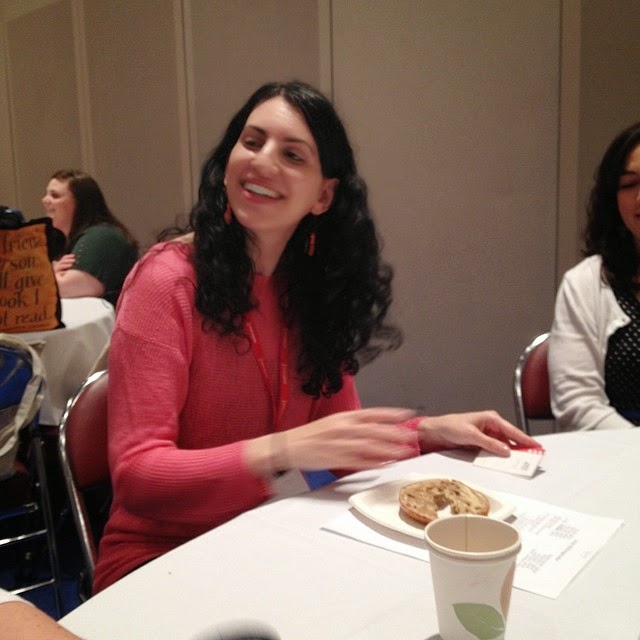 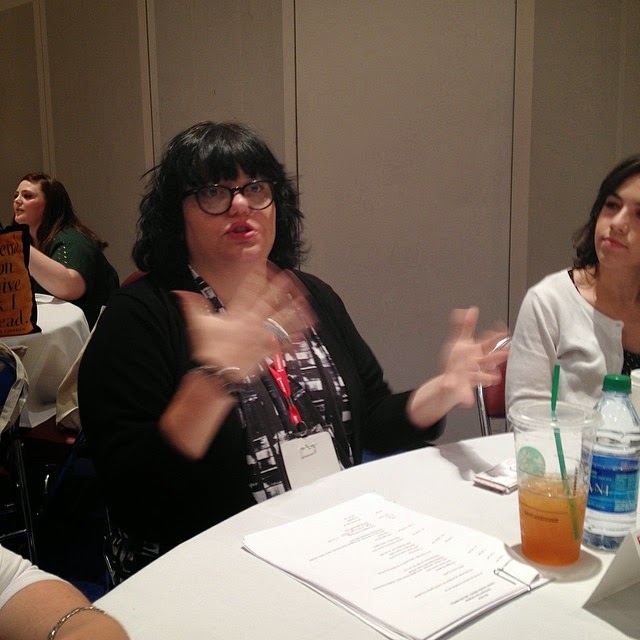 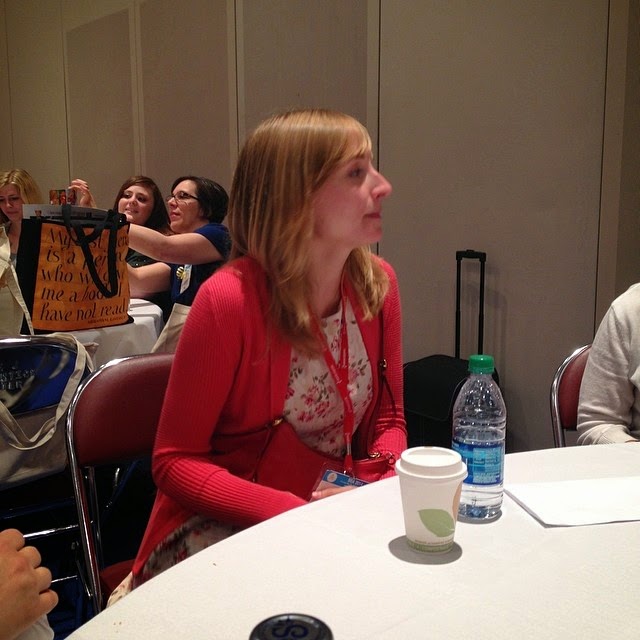 We also got to schmooze with some of the editorial and publicity staff from Harlequin Teen!

D'vora remembered to take pictures with the authors, while I didn't! Silly me! But you can see me in the background of some of her pictures! I'll have to post those at a later Date!

D'Vora and I were very excited to get to the exhibition floor so we could meet authors, hob knob with the publishers and publicists, and see what books would be coming out.

This year I was at the conference as a blogger, but I was also there as a publicist for Spencer Hill Press. And all four of my authors had signings! This is Jennifer Murgia with her book Forest of Whispers (to be released September 9, 2014). And that's DJ, another awesome sauce blogger who also happened to be sitting at my table as the Harlequin Teen Blogger Breakfast. 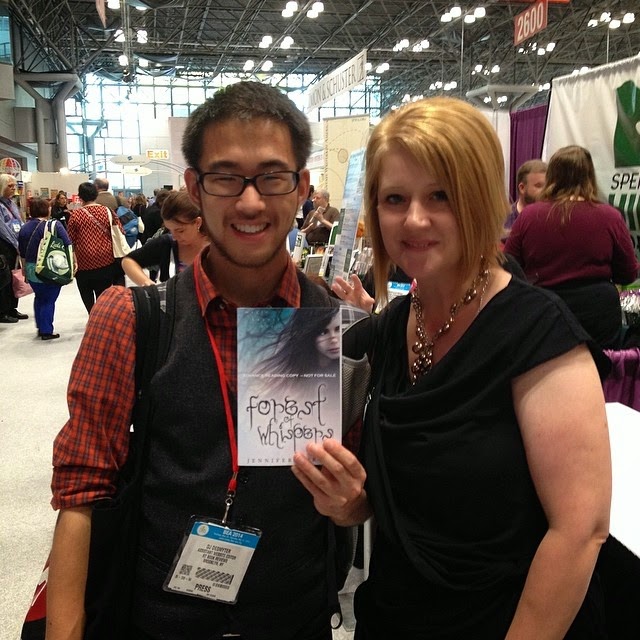 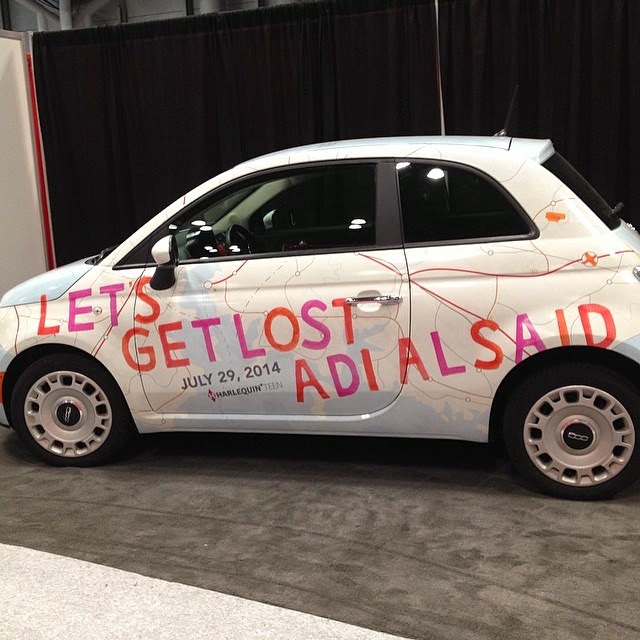 My author Lisa Amowitz (Vision to be released September 9, 2014 from Spencer Hill Press) also signed this same day but for some reason I don't have any of those photos!

By the end of the day, D'vora and I were feeling a bit wonky! 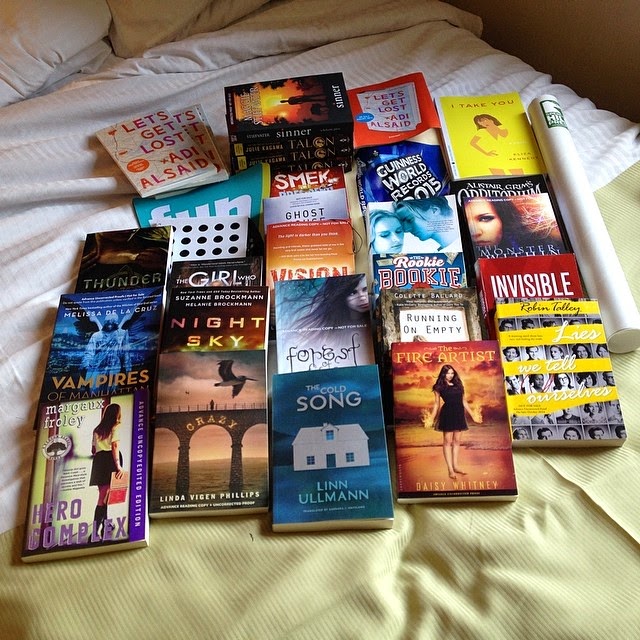 This was my book haul for the second day :)

We ended the night with the Spencer Hill Press crew at Dallas BBQ in Times Square: gigantic mango margaritas ( delicious), Jennifer Armentrout's crab balls (round crab cakes), and the most awesome authors and staff! A fun time was had by all!

So much more happened during the day, but I just didn't have time to capture it all on film! Next year I will be better about it for sure! Stay tuned tomorrow for Day #3 of BEA 2014!
at 12:01 AM