“Welcome to The Empire State, where banshees, witches, and skinwalkers wait…”
Margo Pennyfeather is being hunted. The 16-year-old witch has always been an outcast, in her home back in England, and now in the village of East Hampton, New York, where her family has settled. No one but her family has ever cared for Margo, but now the most important witch in the magic world wants her as an apprentice, giving her a chance to bring her family out of poverty. Before long, Margo realizes things aren't what they seem, least of all, what kind of witch she really is. Now, the young witch must face a terrifying monster on her own, and the reverberations will reach farther than she could have ever imagined. More than three hundred years later, in 1984 Emerald Kipp is a high school senior in New York City. A troubled teen with a rebellious streak, Emerald can't seem to figure out what to do with her life, and unfortunately for her, “witch” isn’t one of the available career choices in her guidance counselor’s office. As she struggles to figure herself out, Emerald is faced with the threat of being stuck in school and missing her final summer with her three best friends. Her last year of high school is turning out to be the worst yet, and Emerald thinks it can’t possibly get any worse. Unfortunately for her, she’s dead wrong.And there’s something else, something far more sinister stirring in Emerald’s world, and she’ll have to believe in herself if she wants to get through it alive. Two witches, three hundred years apart, one inescapable fate. The Skinwalker's Apprentice is a prequel to the upcoming novel, Emerald Kipp and The Riddle of The Timekeeper, a terrifying magical scavenger hunt through the gritty streets of 1980’s New York City,set to a killer soundtrack, and perfect for fans of Harry Potter and The Perks of Being a Wallflower. Part of The Empire Witch series.

Get if for free now!

My very first attempt at writing a book was a children’s book about a toddler witch named Broomhelga, who was excellent at magic but not so great at using the potty. It was never published but I’m holding out hope for the Nickelodeon series.

I am obsessed with any TV show, book or movie about crime and private investigation. The more horrible the better, although this pastime usually makes me afraid to be home alone. Totally worth it.

While some of the key characters in my series are inspired by real life, little known NYC residents, others are taken from people from my real life, some as an honor and some just because I’m going to kill them off later in the books. One of the perks of being a writer.

I have imaginary arguments/interviews/ movie voiceovers in the shower.

I cried, a lot, when I read the last Harry Potter book.

On a related note, I wish I hadn’t read the Harry Potter books yet, just so I could read them all over again for the first time. (And I do not understand when people haven’t read it, WHY?!)

Even though I was too young to remember it, I love everything eighties and struggled with setting my fantasy series in the era because I thought it might be too weird. Ultimately I decided if I was going to write this thing, I was going to make it my own, so I wrote the story that was in my head, quirks and all.

Some of my favorite TV shows include Felicity, Twin Peaks, My Mad Fat Diary and Veronica Mars.

Like my main character Emerald Kipp, my hair was once pink.

The item currently at the very top of my bucket list is seeing The Strokes in concert.

Claribel Ortega, has a degree in journalism and got her start working as a reporter for The Rivertowns Enterprise, a local paper in lower Westchester County, New York. As a reporter, she enjoyed going to board of education meetings and texting the town mayors about the line at Starbucks.
Today, Claribel works for The Combined Book Exhibit, a book marketing company in Westchester NY.
She lives in New York with her really awesome boyfriend, her suspiciously intelligent yorkie Pancho Villa and is surrounded by an impenetrable fort of books she gets from her job.
“The Skinwalker’s Apprentice” is her first book, and cheese is her favorite food. 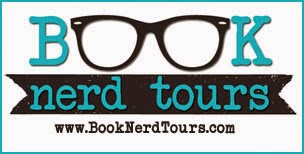