Blog Tour: Below The Surface by Tim Shoemaker 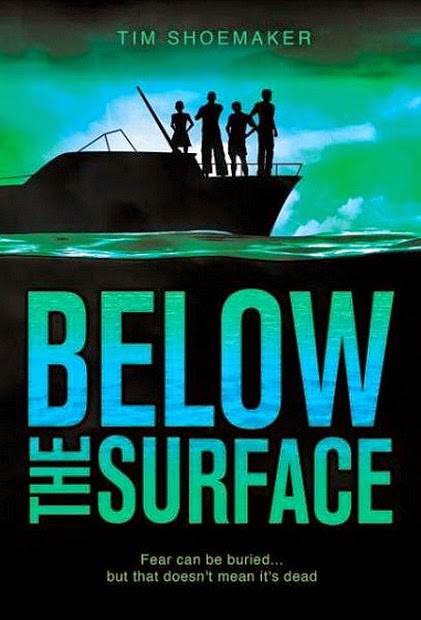 Something is wrong with Cooper. He’s plagued by a fear he doesn’t understand and can’t control. Cooper just wants to escape, and a summer vacation aboard the restored cabin cruiser, The Getaway, with best friends Gordy, Hiro, and Lunk seems like the perfect way to do it. Two weeks of fun—with no mysteries or life-and-death danger. That’s the plan. But their plans are shattered the very first night when they witness a murder. Or did they? Despite their intentions of leaving the investigation to the police, narrow misses and creepy encounters lure them in. Is there really a body floating in the underwater currents of the lake? The closer they get to the truth, the deeper into danger they get. Too late they see the trap. Now each of them must face their own buried fears . . . just below the surface.

Welcome Tim!
Did you always know you wanted to be a writer or did you want to be something else?
The desire to write came after I had kids. I loved telling them stories—and to nieces and nephews, too. I loved watching their faces. Their eyes. I could tell if I was losing them—or if they were getting too scared.  That was fun. They kept telling to write the stories down, and when I finally tried, I found I loved it. I don’t think I would have ever started writing if not for their encouragement.
How do you come up with themes for your stories?
Often the true themes don’t surface until I’m well into writing the book. For me, it is the characters and the story itself that drives everything. I believe that my character is real enough, and I’m true to that character, a theme will be there. At some point I suddenly realize the deeper meaning. It’s one of those “aha” moments. “This is what the book is really about!” Once I recognize the theme, I often must go back and rewrite some of the earlier chapters.
Often the theme is something that resonates deep inside me. Something I’m passionate about—or maybe something I’ve struggled with and have finally conquered. I think by letting the theme develop as I write rather than starting out with a theme, I avoid agenda-driven fiction. I also think the writing can touch the reader in a more realistic and powerful way.
How many books have you written so far? Do you have a favorite?
I’ve written eleven books, but most of them are non-fiction.  I love this Code of Silence series.  I have favorite parts in each one... but if I had to pick a favorite, I’d say it was Below the Surface, the three-book series finale.
Do you have a favorite character?
Cooper as far as male characters go.  Hiro as far as the female characters.  But there was one character who took me by surprise in the series… Lunk.  He started out being misunderstood and really rough around the edges. But when I got to know him… his strong sense of loyalty… his hidden desire to protect his friends… I really grew to love that guy. I’ve heard reader feedback that confirms others feel the same.  I never intended him to be such an integral part of the story—but am really glad it turned out that way!
Where do you write?
I have a home office where I do most of my writing.  The room has a corner window—which really helps. The office also has a moose head on the wall… and plenty of other crazy things that add to the creative atmosphere.  Spring, Summer, Fall—I write outside whenever the weather permits.  I haul a rocker outside and love it.  Either way… indoors or out, I’m close to the refrigerator.  That’s important.  Sometimes I’ll write at a fast food place—and I love refilling that sweet tea while I do!
When deciding on how to publish, what directed you to the route you took?
I pursued traditional publishing for a few reasons, but one of the important ones is that I felt it would help insure my writing was the best it could be.  To send a proposal to a traditional publisher, likely you’ll need an agent—and your writing needs to hit a certain level before one is interested. Then of course there are the hurdles with editors at a traditional publisher. All of these make me work harder, and by the time the book is published, I’m sure it’s ready.  I’ve seen really good stories that were self-published too early. The writer had a better story idea than they had the skill to write. Traditional publishing helps keep that from happening.
Have you gotten feedback from family about your book(s)? What do they think?
I’m pretty fortunate. My family loves my books. There have been times I’ve let them read a manuscript before I turned it in to the publisher, and they gave me input that really helped make a scene more real.  Like the time my oldest son admitted he’d been clipped by a car while riding his bike in Chicago.  He rides his bike all year around—even on rainy and snowy days.  Anyway, when he read a scene where I had a biking incident, he recounted his experience—and my story was stronger for it.
I have nieces and nephews that love the series.  They see themselves in the characters, so that makes it fun.
What kinds of advice would you give to someone who wants to start writing?
Read the type of books you’d like to write. Keep a journal… not every day, but on days when you’re feeling embarrassed, hurt, angry, lonely, etc.  Write down all the details.  How you felt. What you did.  You’ll be amazed how you can use that later to make your story more real.
And start writing.  Get it down on paper.  Consider going to a writer’s conference.  Everything I’ve had published started with a contact I made at a writer’s conference!  But it is a great place to learn!  I teach at a number of conferences, and you’d be amazed how much faculty is willing to pour into conferees.  I’m teaching a six-hour fiction class at Write-to-Publish in Wheaton, Illinois this June.  This is a great way to sharpen your skills.
Do you have any go to people when writing a book that help you with your story lines as well as editing, beta reading and such?
Yes, I have a writer friend who is really sharp with the editing.  I’ll have him look at a manuscript before I send it on to my editor at the publisher.  He helps me tighten it up a bit.
Are you working on anything now?


Yes, I’ve started another book—not sure if it will be a series. I’m still getting to know the characters—but am excited about it.  It will be set in a junior high, most likely. I love that age!
Thanks so much for being here today for my tour stop!
ABOUT THE AUTHOR

The Quick Bio
My Passions 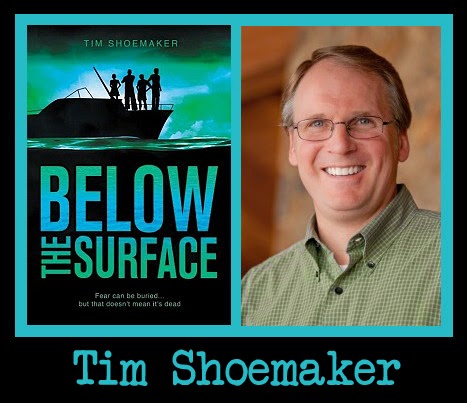