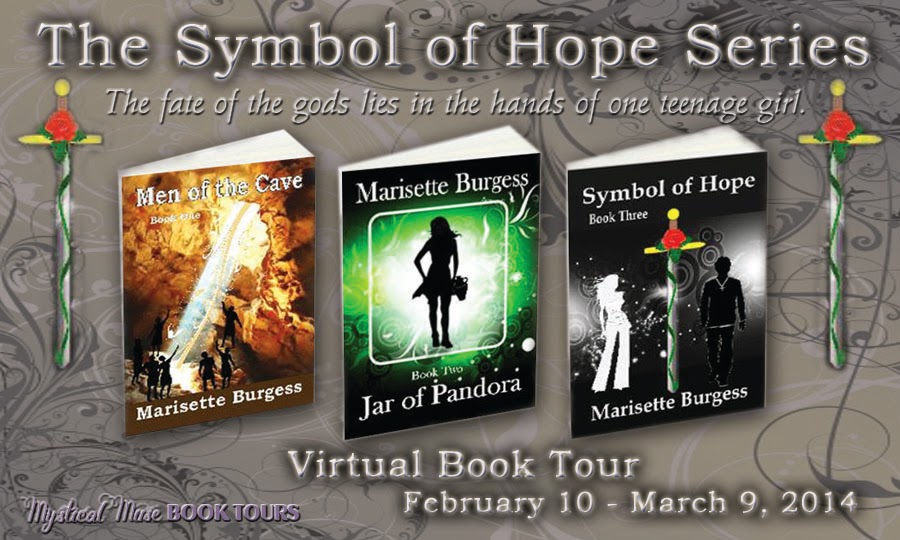 Men of the Cave (Book One) 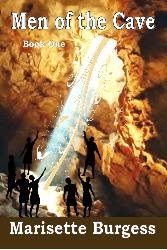 Only $0.99!
Buy at Amazon
Buy at Barnes & Noble
Add on Goodreads
Watch the Series Trailer

Blurb:
Raised by unorthodox parents, Kasey Reese has always struggled to be invisible, to not be noticed, to avoid conflict. Running from a broken relationship, Kasey flees to Spain on a scholarship, to restore the comfort she finds in anonymity. Destiny, however, has other plans for her - a life threatening, life-altering journey into the supernatural when she meets the men of the cave.


What got you interested in the mythology behind the Men of the Cave?


I am a fan of Marion Zimmer Bradley’s Mist of Avalon series. Her series takes place at the time when people were transforming their beliefs from gods and goddesses to one God and/or Christianity. I love reading and writing about that topic. Greek Mythology has always fascinated me. I knew I wanted those characters to be involved somehow with my story. I knew I wanted my protagonist to be involved with them as well. I wasn’t sure if they were going to be the good guys or the bad guys and how it was all going to play out. Once I found the legend of the Seven Sleepers and did extensive historical research I knew I could easily weave a story about the power struggle between Christianity and the Pagan gods. As a Catholic myself, it was easy to write and relate to the seven brothers and create their personalities and story revolving around their faith. The decision to change what we know historically about Christianity and have it blend with Greek gods was not an easy decision. I needed everything to connect with each other in a way that it made sense. Once I came to terms with the fact that I had to change history or mythology in order for it to fit my world, then everything else was easy.


Are your characters based on anyone you know?


No, absolutely not. At least not anyone real. I like my characters to be their own unique person. Even though they do not exist, I treat them as if they do. Kasey’s loosely based off my favorite character in the Juniper Game. I do incorporate little traits or corks into their lives from my own. For instance, Dion’s messiness is totally me, and Kasey’s fear of flying, I know that feeling intimately. I think that the reason Kasey was easy to write, is because, she’s everything I am too afraid of being. In a way, she is my opposite.
What are three words that best describes Kasey?
She’s headstrong, self-assured, and maternal.
What is your writing process?
It starts with lots of daydreaming and/or dreams at night. Then when certain characters persistently stalk my dreams and keep reoccurring in different scenes and scenarios, I give in and write them down. I usually start with character profiles. I must have a precise idea who the people are that I am going to be writing about. I give them life and create them fully in detail. Then I start to write synopsis of scenes that will occur in the books. Some I end up putting in, some I don’t. Finally, when I am ready to start the book I have a clear idea who I’m writing and how they are going to interact with each other as circumstances arise.
What is your biggest challenge when you write?
Time is my biggest adversary.  As this is a hobby, I have to sneak in time whenever I get it. With Men of the Cave, I wrote after my son went to bed between the hours of 9 to 4 in the morning. Then I’d get up at 6:30 am for work. I did this for three months straight. It was a period in my life where I was sleep deprived most of the time. The second book, Jar of Pandora wasn’t as bad, but took me longer because I worked on it when I could at a slower pace. The last book, Symbol of Hope, I stopped writing completely for about six months. I had a baby during that time and between fatigue, new-mom responsibilities, and taking care of the rest of the family I didn’t have the energy to write. I had given myself a goal to finish the last book before the year was over. So, when I started writing again I just pumped through it quickly to finish the storyline.
Which of your books were easier/harder to write than the others?
The last was the hardest by far. With the last book since some of it relies on things that happened in the previous books I found myself having to go back and look up or re-read the first two books. I had to make sure I stayed consistent and accurate with what I had previously written. There were times I cursed at myself for having written something in such a way that put me in a bind for the third book.  Also the third book seemed to have a mind of it’s own. Several times, I found myself almost to the end and having to go back to the beginning and redo or rewrite sections, chapters, characters, practically the whole book. In one instance, I was 1/4th of the way done and one scene towards the end, because of the nature of the scene, made me go back to the beginning and all through the book to change a major plot point in the book.
What are you reading right now?
I wish everything, but unfortunately I don’t have a lot of time. I’m a beta reader for a book coming out soon named Soulless. The last book I finished was Cornerstone by Kelly Walker. The book was great couldn’t put it down, but the ending was a bit disappointing. The series is a mystical period piece with Lords and Lady’s. Overall it was a good read.
What do you like to do when you aren’t writing?
Rest, read, go to the beach, hike, play with my kids, or watch past episodes of Big Bang Theory.
What are 5 fun/interesting facts about you?
I’m always humming tunes, if I could only wear flip flops I would, I’ve never seen snow, my wardrobe consist of mostly brown, black, or dark blue cloths, I worked as a comic book store clerk in college.
What can readers expect from you next?
I have an idea I’m toying around with. The characters have been stalking my dreams. It’s three adult romantic novellas. After those I’m thinking of returning to The Symbol of Hope Series and writing Max and Cyra’s story and possibly starting a middle grades series about the seven brothers growing up in Ephesus.

Teacher, mother, and wife, not in that order. I’m an extreme Florida girl whose never seen snow. I believe white should be worn at funerals, not black. Studied at the University of Central Florida for a BA in English. If I can avoid close-toed shoes, I do. Born from Cuban immigrant parents I spoke Spanish before I spoke English. If you ever see me staring blankly into nothing, then my head is in a story. 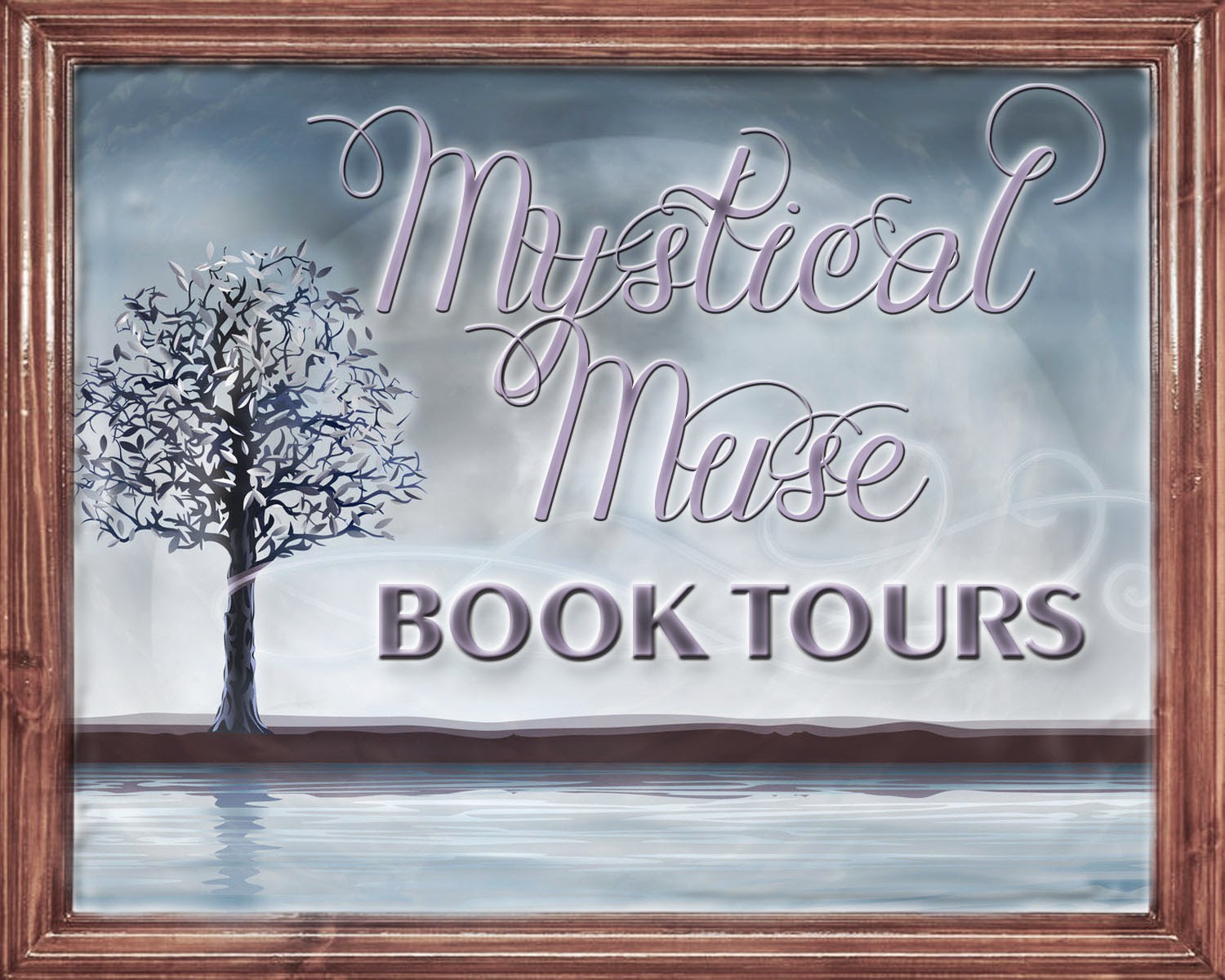